The duel of the two young guns is the much-anticipated match-up heading into the round four tussle.

Scott, a former Cronulla junior, only had two Telstra Premiership games to his name as he headed into Melbourne's 2017 season. But his strong running game made him look like a seasoned campaigner. He never let nerves get in his way, even under the pressure of a NRL grand final.

Ramien, who didn't cross Scott's path down in the Sutherland Shire, is playing just his third NRL game on Friday night and is desperate to make the vacant right-hand centre spot his own.

He was in the Holden Cup NYC team of the year in 2017 and is not fazed by Scott's reputation.

"It doesn't make a real lot of difference who you're facing. You go out there and try to stop them or get around them," Ramien told NRL.com.

"I will look at a few things this week of how he [Scott] does stuff – which foot he likes to come off, what he's comfortable doing or what he's not comfortable with."

As the Sharks right-side centre, Ramien will oppose Scott on the Storm's left edge.

If the truth be known, he would love to be facing his idol Will Chambers.

"Will is my role model. I think he has the right amount of aggression. He comes to the field every week to play. He wouldn't be an Australian centre and Queensland Origin centre if he wasn't," Ramien said.

"His background, being indigenous like me, is another reason why I look up to him.

"We're both on the right side so I'm not marking him unfortunately. But he'll be on the field so I'm really looking forward to that."

Ramien, who turns 21 in April, is yet to play the mighty men in purple.

"I've never faced them before. But I admire how they compete on everything. They are a great team – their record tells that straight off," he said.

"Everyone always talks about how you have to really get up for Melbourne as it's always a big game."

The Sharks will need that lift again. In 14 previous matches at Southern Cross Group Stadium, Melbourne has won eight.

Ramien, who tips the scales just shy of 100kg, has played centre all his life and loves being in the NRL.

"All the way through juniors at Coonamble (halfway between Dubbo and Walgett), being a bush town rugby league was everywhere. My old man and his old man played it – my younger brother – but they were all forwards.

"I've always loved playing footy. So to do this as my job, I'm very grateful and blessed.

"As a kid you watch all your idols and now I'm actually playing against them. It's an unreal experience for me. I never thought I would but I'm here now and I'm loving it.

"I've been given an opportunity and I feel like I'm taking it."

His form is keeping South Sydney Rabbitohs off-season signing Aaron Gray out of the side.

"There are a few little areas they [Sharks coaching staff] would like me to improve on. When you're in the NRL you can't hide, can't get away with anything like not chasing a kick, missing a tackle," Ramien said.

"Having Val [Holmes] helps me a lot. He's very good at everything he does. He can start something from anywhere on the field. I just watch and listen to him."

Ramien's obvious talent caught the eye of Newcastle Knights coach Nathan Brown and the 20-year-old is off to the Hunter on a two-year deal in 2019.

"I'm going to Newcastle next year but my head is focused on this year with the Sharks. I'm hopeful of a big season for myself and this club." 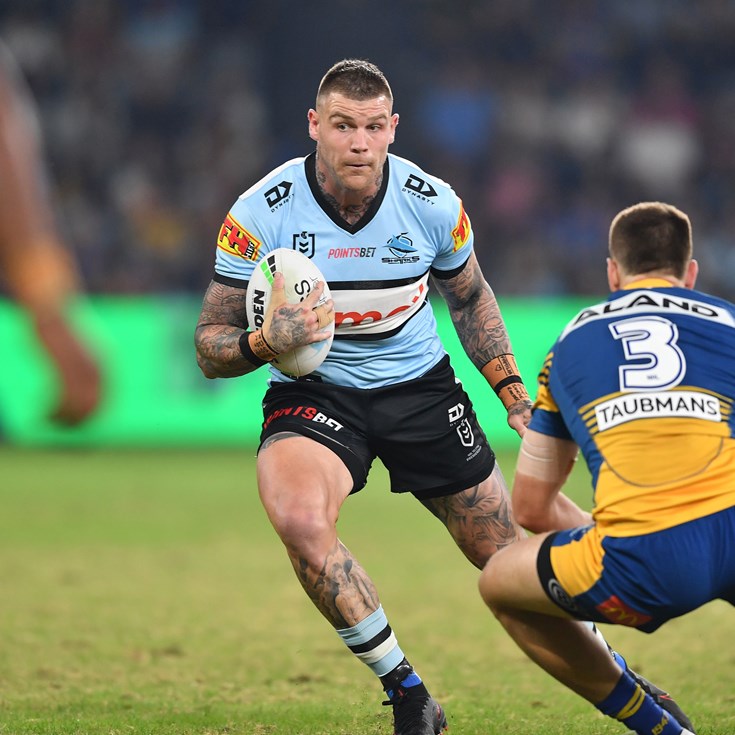 Not my first rodeo: Hannay sure Sharks can refocus after messy Morris exit