The high-flying New Zealand Warriors have enjoyed a surprising start to the 2018 with a four-game winning streak, while the North Queensland Cowboys have lacked the spark we have come to expect from them so far this season.

With a spine of Roger Tuivasa-Sheck, Blake Green, Shaun Johnson and Issac Luke all in form and firing, the Warriors have managed to either put teams to the sword or come from behind to win. Can their momentum continue against last year's grand finalists?

The Cowboys have endured a disappointing start to the season. With less fluidity in their attack to start the year, both Johnathan Thurston and Michael Morgan are looking to rediscover their old magic while the team's star-studded forward pack has received a blow with Jordan McLean sidelined for three months with a foot injury.

The key match-up: Adam Blair v Jason Taumalolo. With the latter's defection from New Zealand to Tonga in the World Cup there's likely to be no love lost between these two, and they'll be the leaders of their respective forward packs.

For the Warriors to win: They need to do exactly what they did against the Roosters – walk that fine line between controlled, high-completion football and not giving away cheap ball.

For the Cowboys to win: They need to click in attack, and rein in the cheap penalties close to their line which cost them a good portion of their points against the Panthers.

Warriors Stat Attack: Peter Hiku, Solomone Kata and Ken Maumalo all ran for over 150 metres against the Roosters, and they'll want to repeat the effort to start their sets off strongly against the Cowboys this weekend.

Cowboys Stat Attack: The Cowboys conceded four tries to three against Penrith last week but the final score read 33-14, with the Panthers helping themselves to four penalty goals. They'll need to work on their goal-line defence and discipline to strangle the Warriors of any cheap points.

And another thing: The Warriors looked unbeatable against the Roosters last week without Shaun Johnson, and he'll be keen to show what he adds to the side against the Cowboys.

The Warriors are 1-17, and boosted by the return of Shaun Johnson from a groin strain and veteran Simon Mannering (who replaces Ligi Sao on the bench). Ligi Sao, Mason Lino, Tevita Satae and Charnze Nicoll-Klokstad dropped out of the initial squad. 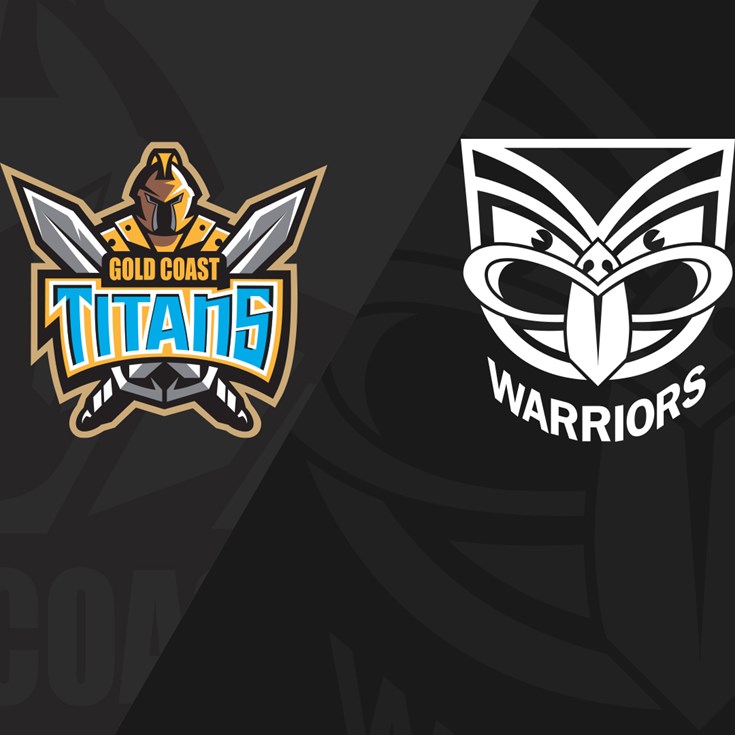 Holmes runs hot but Drinkwater still in the fullback hunt