After four straight losses the Raiders dug deep to win their first game of the season last week against the Bulldogs, but the emotion train will only take you so far before it runs out of steam.

Despite their 26-10 triumph, Canberra actually looked a little shaky again when the Bulldogs closed the gap to 12-6 after 10 minutes of the second half. They finished fairly strongly but is remains to be seen if they can conjure the same will to win against a desperate Eels outfit.

Parra have copped it from fans and critics everywhere and know wins are the most effective way to silence the haters. The Eels need their big-name players to start firing.

The key match-up: The halves could make or break the game for either side. The combinations of Aidan Sezer and Blake Austin up against Mitch Moses and Corey Norman have plenty to prove.

For the Raiders to win: The effort and decision-making in defence needs to lift again. Decent periods of it allowed Canberra to dispose of the Dogs last weekend.

For the Eels to win: The battle in the middle third will be crucial. If Parramatta can get on top it could allow the Eels to be more creative in attack, with the Eels so far being the least effective attacking side in the NRL with just 8.8 points a game.

Raiders Stat Attack: Canberra will be out to extend their record against the Eels at home, with Parramatta winless in the nation's capital since 2006.

Eels Stat Attack: The Eels are looking to avoid an 0-5 start as only one other team in history has recovered from that start in time make the finals – Brisbane back in 1999.

And another thing: Clint Gutherson has been named for the Eels but don't expect him to make an immediate impact on the game after tearing his ACL in round 20 last year.

The Raiders are 1-17, with fullback Jack Wighton returning after missing last week's game following the birth of his second child, while Nick Cotric reverts to the wing in place of Michael Oldfield. Blake Austin has been recalled in the halves for Sam Williams (knee) with Aidan Sezer shifting to the No.7 jersey. Josh Papalii has earned a reprieve to the interchange bench after one week out, replacing Liam Knight.

The Eels are 1-17 and finally welcome back fullback Clint Gutherson after an ACL reconstruction last year. Will Smith moves to the reserves, while Bevan French returns on the wing in place of Josh Hoffman and George Jennings holds his spot. Rugged lock Nathan Brown (ankle) is out, replaced by Tepai Moeroa. Peni Terepo starts at prop with Daniel Alvaro moving to the bench. 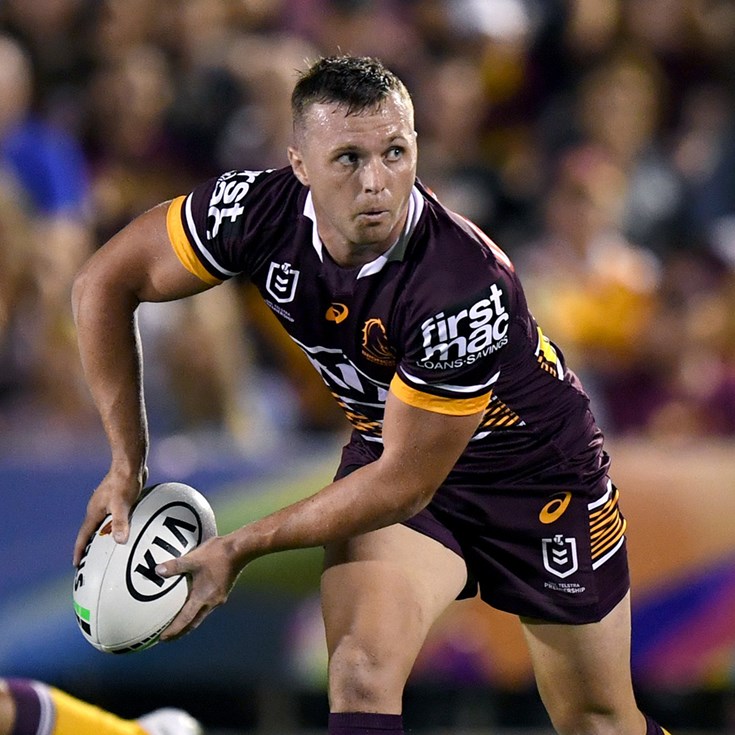 Presented By Sportsbet 3 hours ago
06:25