I often get asked who are the leading centres in the Telstra Premiership and let me start off by saying the best I've seen are Mal Meninga and Greg Inglis.

In this column I've nominated my "super six" centres based on form and their careers.

Greg Inglis has copped some criticism of late, but he is coming back from a horrific knee injury and will take some time to find his legs again for the Rabbitohs.

GI is the highest try scorer in Holden State of Origin history and that says it all. He is still big and strong enough to barge his way over for a try as we saw against the Bulldogs recently, and he has silky hands to go with it.

There are minimal times you get the ball as a centre and you have to make it count. Greg is a master at that. How many times have we seen him put his left winger over with a pass or after using that powerful fend?

There's a reason why Darius Boyd has made hay on the wing for Queensland and you can put a lot of those tries down to Inglis. Greg is like Big Mal in that regard. Mal had size and strength and peerless passing skills. If you are a winger you want to play outside someone like GI.

Euan Aitken is the form centre of the competition. He's tough and a big unit.

Aitken would be a hard man to tackle. If he plays for NSW he will be matched against Inglis, like he was the other night where he showed great speed and agility to get on the outside of GI. Few centres can lay claim to that. This is St George Illawarra's best attacking outfit I've seen in a long time and Aitken is a key part of that.

I like centres that are solid in defence. I probably lacked that early in my career but Aitken seems to have that area covered.

I always wondered why the Dragons weren't a better attacking outfit because their coach Paul McGregor was a great attacking centre and my nemesis.

I was always awestruck when I played against Mal. He was idol growing up, but I didn't play against him for many years. I played against McGregor most of my career and he was my toughest opponent. Most big players run a straight line and are easy to tackle, but he was good on his feet, and I see that same quality in Aitken. Once he develops a passing game like Paul had he will be even more of a threat.

Will Chambers is an all-round solid centre. He's tough as nails in defence, a bit like Andrew Farrar was for Canterbury, and he can find the try line. Will is ultra-competitive, although he probably got a bit too much so the other week when he copped a couple of weeks for his choke hold on Gallen.

Even though Will can run holes well he is a bit more in the mould of Justin Hodges in attack. Justin didn't know about holes, he just wanted to run over people. Hodgo loved the contact and Will loves that too. He's a big-occasion player. We've seen it time and again for Queensland, Australia and the Storm in finals.

Latrell Mitchell is a Greg Inglis clone and I love it when he plays in the centres and not at fullback or on the wing, where I reckon he's wasted.

He is another brute for such a young guy. You see that big fend come out, and I remember last year when he swatted Jimmy Roberts away like he was a fly.

I have a big rap on this kid. He has a huge future. He has a real excitement about the way he plays his footy, even with the way he celebrates his tries with the kangaroo ears. Right from when he first came into grade he oozed confidence.

I've predicted James Roberts will break my all-time try-scoring record at the Broncos so that says everything about how much I rate him.

Roberts hits back for Broncos

He is still crossing the line in a team that is yet to fire, like the other week against the Dragons when he scored two tries. He created a try against the Cowboys and is a real thinking centre. Not only can he create something out of nothing he is a great finisher and someone you wanting to be feeding the ball.

Every time he gets the ball I am on the edge of my feet. His acceleration is just amazing and without a doubt he should be playing for NSW. Imagine what he'd do outside representative halves and a strong pack.

Curtis Scott is a terrific young guy coming through who is good on his feet and just a smart centre. I like the way he moves around the field with the ball. He's deceptive and runs holes well, and I love that. That's footy to me.

The first time I watched him I thought 'who is this kid?'. He doesn't just take a tackle. He looks to beat blokes. He had a great 2017 and while he's been a bit off the pace this year I am tipping big things for Curtis. 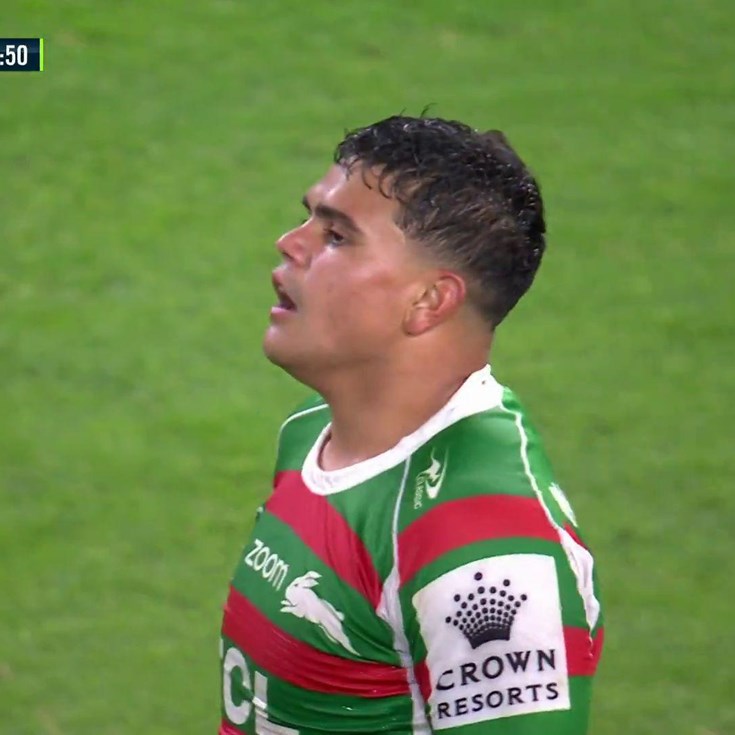