The Canberra Raiders have all but ended the Parramatta Eels' chances at finals football after a gutsy 18-2 victory at GIO Stadium.

In tough conditions, the Raiders showed superior game management to capitalise on the errors which plagued the performance of the visitors.

For the hosts, the victory was built off excellent scrambling defence and using the conditions to their advantage as a crowd of 12,328 celebrated back-to-back wins.

Conditions took a turn for the worst after just six minutes when GIO Stadium was drenched in rain, forcing the sides into an arm-wrestle in the early exchanges.

The Raiders upped the pressure early, after a bone-crunching Luke Bateman tackle on Bevan French forced him back into the in-goal.

From the subsequent set, the Raiders worked the ball to the right allowing Jordan Rapana to dive over from close range on the short side to make the score 4-0.

Another Eels penalty laid the platform for the Raiders to march downfield, with a Blake Austin dummy opening up a gaping hole in the visitor's defence.

Jarrod Croker added the extras and the Raiders took a handy 10-0 lead after 20 minutes.

Parramatta's task became harder when lock Tepai Moeroa came from the field over HIA concerns and failed to return.

The Eels finally got their hands on the ball in red zone thanks to four penalties and two line-drop outs, but the home side bared its teeth in defence and kept Parramatta out.

The desperate Eels threw plenty at the Raiders line just before the break, before a point-blank penalty from Mitchell Moses saw them open their account to make it 10-2 at half-time.

The resumption of play also saw the rain return, as Parramatta's penalty count for the game hit nine to gift Croker an easy shot at goal to make it 12-2.

The Raiders looked certain to score after a clean line break by Siliva Havili saw the home crowd rise as one, before a bizarre passage of play which saw the ball travel backwards 20 metres, easing the pressure on the Eels.

Off the back of yet another Parramatta turnover the Raiders again marched downfield before Josh Papalii barged his way over in his return to the NRL as the Raiders scored a vital try to stretch the lead to 16 points.

Referee Matt Cecchin had seen enough after the Eels' 10th penalty of the game with Daniel Alvaro sent to the sin-bin in the 55th minute.

The Eels grimly defended their line despite being a man down, to keep their faint chances of victory alive as Alvaro returned to the field.

Gutherson pulled off a stunning try-saving tackle when the Eels fullback wrapped up Dunamis Lui over the line but the chances for the away side were running out along with the time left.

It was the Raiders' turn to lose a man to the sin-bin after Bateman was sent, with Eels centre Kirisome Auva'a denied a try from the bunker in the 70th minute. 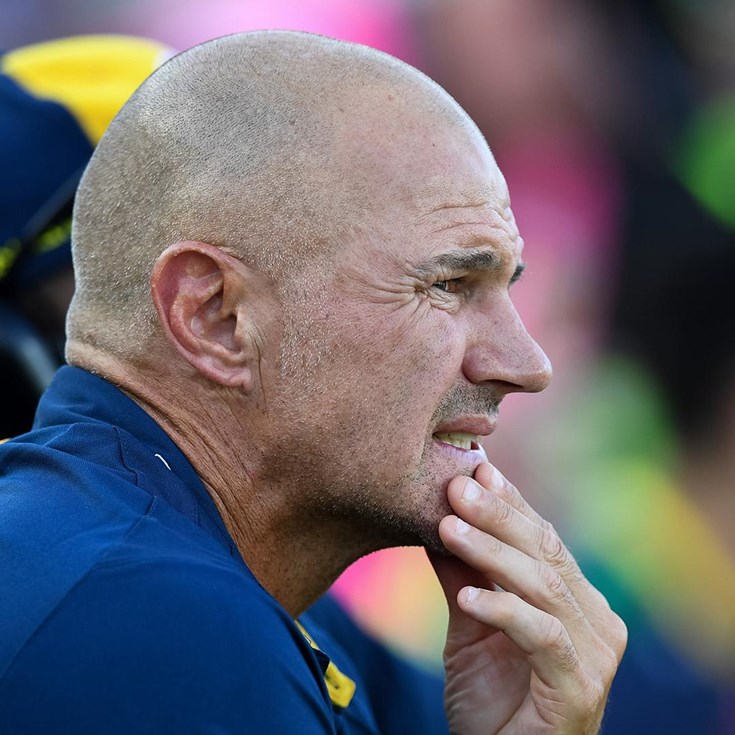 Arthur: it's just not working for us

Moses: nothing is clicking

Me and Mitch are still strong: Norman