Ironic as it may seem, the last-placed Eels will probably feel very good about their chances of notching their first win of the season against a Manly side that was booed off their home ground in last week's 38-12 thrashing from the Tigers.

Parramatta appeared to make progress in a tough round five loss to the Panthers, but they were never really in the hunt in last week's 18-2 road loss to the Raiders and slipped to 0-6 for the season. Still, the Eels are at home this week and might finally get a morale-boosting victory.

The Sea Eagles were terrible against the Tigers, falling into a 26-0 hole at half-time. Given that their away record is so poor, they will need a massive form turnaround to overcome a desperate Parramatta at ANZ Stadium on Sunday.

Key match-up: Rightly or wrongly, Mitch Moses knows as the halfback that he shoulders a lot of responsibility as the Eels try to turn their season around. He has had a few bright moments but is yet to reach the heights of last season when he was a key ingredient in his team's charge to a top four finish. Moses needs to get back to his best in a hurry and will give himself a big boost if he can out-wit Manly halfback Daly Cherry-Evans and lead Parra to their first win.

For the Eels to win: Parra needs to come out swinging (figuratively speaking of course) and get some points on the board early. The Sea Eagles are down on confidence and might not have the will to fight back on the road if the Eels show they finally mean business. Avenging a 54-0 thrashing from Manly in round two should also be high on the agenda.

For the Sea Eagles to win: Taking a leaf out of the Raiders' book and paying more attention to defensive detail would be a good place to start. If it wasn't for the 54-0 rout of Parra in round two, Manly's ordinary for and against record would be downright ugly. It's time for the Sea Eagles to start getting their hands dirty.

Eels stat attack: Not that more evidence was needed to prove how bad they're going, but the Eels are last in the NRL in goalkicking at 50 per cent and have scored in double figures just twice in 2018.

Sea Eagles stat attack: Prop Martin Taupau leads the NRL in offloads (23), but on the downside the Sea Eagles are struggling with defensive issues, giving up 118 points in their past four games.

And another thing: The winless Eels should be heartened by the fact they have got the better of Manly (2-4) in six of their past seven clashes. They will be counting on a pro-Eels crowd to spur them on.

Kane Evans and Josh Hoffman were dropped to Wentworthville on game day. Suaia Matagi and Daniel Alvaro have been promoted to start at prop, Tim Mannah will begin the match from the interchange. Jarryd Hayne returns on the wing after overcoming a quad injury while Bevan French (shoulder) is sidelined. Brad Takairangi (fractured eye socket) makes a surprise early return at centre with Kirisome Auva'a (ribs) out. Peni Terepo shifts to lock with Tepai Moeroa (concussion) unavailable. Coach Brad Arthur cut Beau Scott and Marata Niukore from his 21-man squad on Saturday.

Manly are unchanged from their last-start loss to Wests Tigers. Coach Trent Barrett trimmed his 21-man squad to 19 on Saturday, dropping Lewis Brown and Jonathan Wright. Frank Winterstein and Toafofoa Sipley were omitted an hour before kick-off.

Matches at venue: First game between these teams at ANZ Stadium 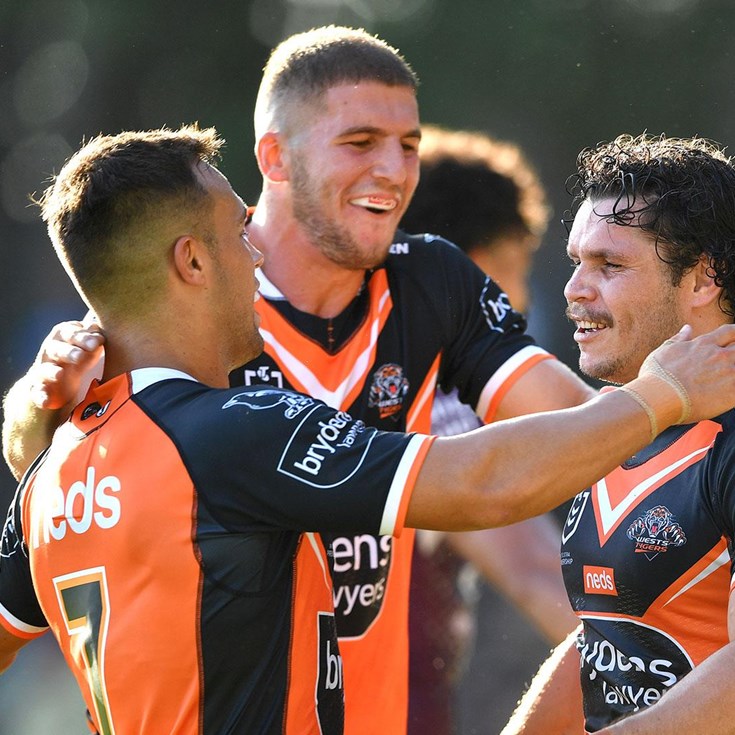