For a team with a 5-1 record (which could've easily been 6-0), the Tigers will start favourites for just the second time this season.

It's amazing what a strong culture and coach can do for a club, even in a so-called rebuilding year. The Tigers were supposed to hover around the bottom of the ladder all season, yet here we are after six rounds wondering if they might actually be a top four contender.

The Knights (3-3) had high hopes against Melbourne last week but were comprehensively beaten 40-14. Coach Nathan Brown will be analysing the Tigers' performances to see if he can find any chinks for his side to exploit.

Key match-up: Luke Brooks v Mitchell Pearce. All those Tigers fans who used to rant and rave about Brooks failing to live up to his potential aren't making so much noise anymore. Now in his sixth season with the Tigers, the 23-year-old is playing so well that he's been mentioned as an Origin candidate. Brooks is up against one of the best halfbacks in the business on Saturday at Tamworth's Scully Park and will boost his Origin chances by out-playing the experienced Pearce.

For the Knights to win: Humbled by Melbourne last week, Newcastle can't dwell on the negatives. Pearce and the rest of the small group of senior players have to instil confidence in their younger teammates by taking charge from the get-go and making the Tigers play from behind. Easier said then done, of course.

Knights stat attack: Fullback Kalyn Ponga leads the NRL in tackle breaks with 48 in six games, while Pearce has racked up the most kicks (73) and kick metres (2164) for an individual.

And another thing: Newcastle forward Jamie Buhrer will play his 150th NRL game, while Tigers centre Kevin Naiqama chalks up his 100th NRL appearance. If the Knights score 13 points or more they will boost the club's all-time tally to 15,000.

After making his long awaited club debut last week, star recruit Josh Reynolds is out with a shoulder injury which will sideline him for at least a month. He is replaced on the bench by Pita Godinet. Back-rower Chris Lawrence is out with a hamstring strain while lock Elijah Taylor returns from his hamstring injury. The reshuffle sees Matt Eisenhuth move to prop and Josh Aloiai to second row. Tim Grant and Tui Lolohea were omitted from the 21-man squad 24 hours before kick-off.

Brock Lamb has been dropped for Jack Cogger, while hooker Danny Levi was also axed. Daniel Saifiti has been given the nod to start in place of Jacob Lillyman and Mitch Barnett's return from suspension pushes Herman Ese'ese to prop. Luke Yates has been named on the interchange bench. 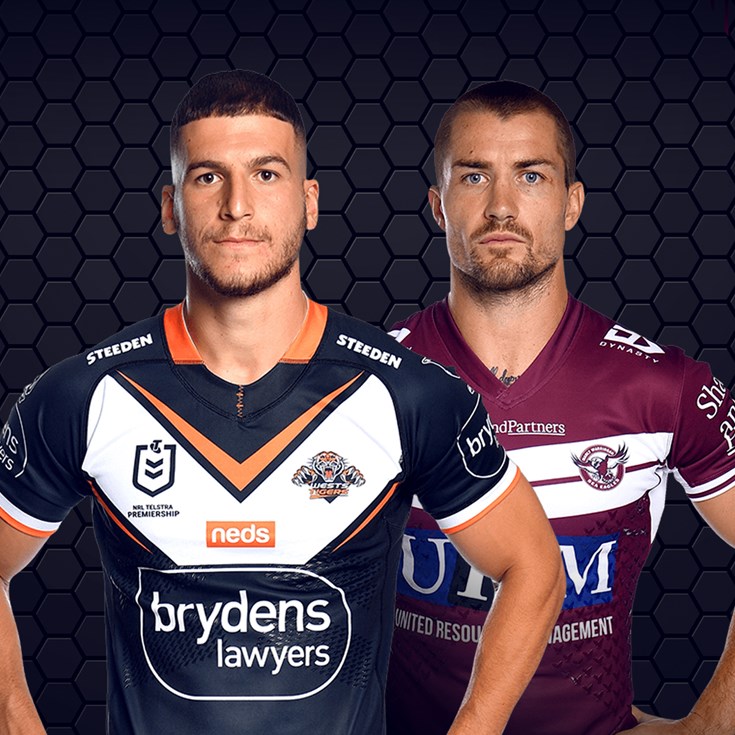