The South Sydney Rabbitohs are excited to announce the contract extension of young utility back Adam Doueihi for a further three seasons, meaning the NRL rookie will be wearing the red and green until at least the end of the 2021 season.

Doueihi, 19, made his NRL debut in round two this year against the Penrith Panthers and has gone on to play in four of the six NRL games played so far this season, scoring 18 points from nine goals.

Doueihi has already represented Lebanon on five occasions including the 2017 Rugby League World Cup. He received contract offers from a number of NRL Clubs as well as Rugby Union, however he sees his future in Rugby League with the South Sydney Rabbitohs.

Doueihi is very happy to have his future secured at South Sydney.

“I love playing for this club and with this bunch of boys. I told my manager I didn’t want to play anywhere else and he got a deal done with the Club which is fantastic,” Doueihi said.

“The Rabbitohs have given me my shot in first grade, I enjoy playing under ‘Seibs’ (Head Coach Anthony Seibold) and I have a ton of respect for him, I’m learning every day off the coaching staff and the senior players here at the Club and I love playing with the younger guys in the squad too.

“I was a Souths fan when I was younger and playing in the NRL has always been a dream of mine, so to do so in the red and green jersey is a dream come true.

“Now my future is sorted it’s my job to concentrate on my footy and to do my job for the team each and every week.

“I’m excited and my family are excited and I can’t wait to get out there and represent South Sydney in front of our Members and fans."

Doueihi in action for the Rabbitohs

Rabbitohs Head Coach Anthony Seibold is equally as excited to have Doueihi commit long term to the Club.

“I see Adam as a player with immense potential and as a key player for our squad,” Coach Seibold said.

“We’ve seen great improvement and development in him since his return in the pre-season, and a lot of that comes down to his willingness to learn and his coachability.

“He has worked hard physically to get himself to a level to play in the NRL which is a credit to him as well and shows his desire to play at the top level.

“We see him as a key player for us now and into the future due to his ability as a half as well as his versatility.

“Everyone at the Club is very happy to see Adam commit long term and I’m sure our Members will enjoy seeing him progress in the coming seasons wearing their jersey.” 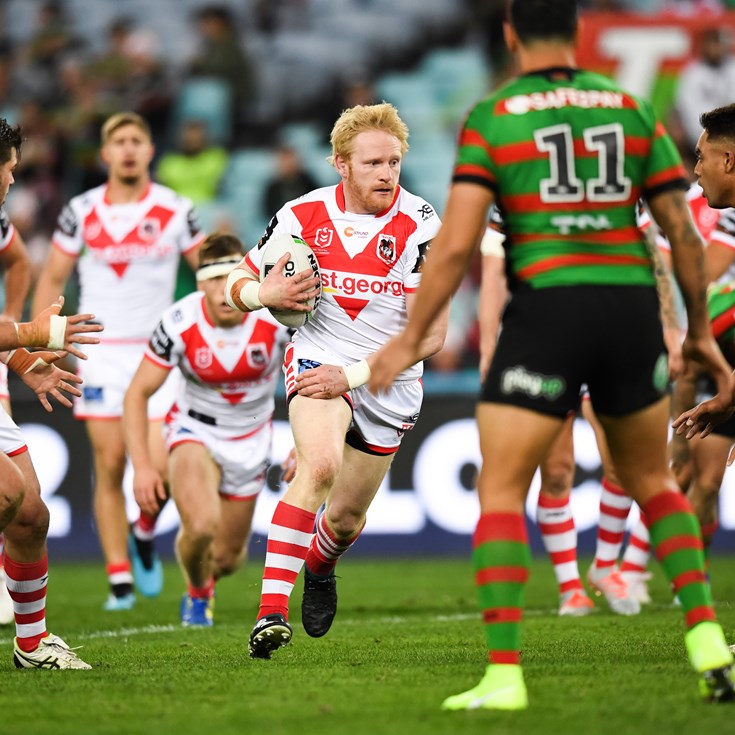 Why Reynolds was the right choice for Bennett

Madge and Robbie ensure a happy 'homecoming' for Doueihi

Doueihi signs with Tigers until end of 2023 after Rabbitohs release