Manly's famed siege mentality is in full swing, with off-season recruit Joel Thompson aware "the knives are out" following a string of highly-publicised issues.

The Sea Eagles have copped a hammering on and off the paddock over the past three weeks. Heavy defeats to the Titans, Wests Tigers and Eels coincided with damaging headlines around altercations between Daly Cherry-Evans and Jackson Hastings.

A fuming Trent Barrett shut down questions on Hastings' future in the wake of Sunday's 44-10 thumping from Parramatta, while Cherry-Evans accepted responsibility for his part in the fracas that earned him a $10,000 fine from the club.

The recent dramas come on top of the $750,000 NRL fine for salary cap rorting and a bare-bones roster with little depth outside the Sea Eagles' game-day squads.

Thompson has seen more than his fair share of drama since arriving from the high-flying Dragons last December, and expects the Sea Eagles' "us against them" mentality to come to the fore as a result.

"It's not easy and I guess the knives are out when you're losing," Thompson told NRL.com after the loss to the Eels.

"People come out looking for things around the players and it doesn't help the situation. It hurts the club, it hurts the playing group and we've just got to stay tight to turn it around ... the fans deserve better, people at the club deserve better, the staff deserve better and it's on us players to deliver that.

"We've got to dig ourselves out of this through hard work and by sticking together. Media and people are out there with knives and they want to attack the club.

"We've just got to stick together and that siege mentality will help us come out of it. There's been enough talk and enough players talking, me included. Now we've got to deliver with our actions."

Having slumped to 13th on the ladder, Manly now face a short turn around ahead of Friday's clash with Newcastle.

Barrett didn't answer any questions on Hastings' selection prospects on Sunday after having last week suggested the 22-year-old would spend the year in reserve grade after clashing with senior players.

Any final selection decision will rest with the coach. But it's understood that if Hastings proves he has addressed his behaviour around the team, he will be considered again for first grade as per NRL contract rules.

Barrett will be forced to make at least one change against the Knights after Brad Parker suffered a meniscul tear in his knee against the Eels, which will keep him out for the next four to six weeks.

Backline utility Matthew Wright is expected to replace him. 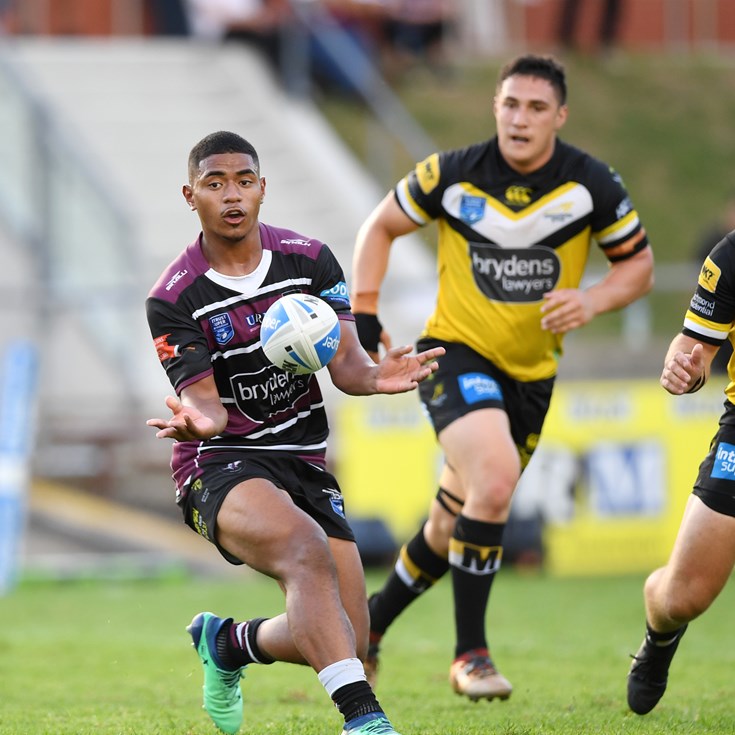