Young Gold Coast Titans enforcer Keegan Hipgrave may have an unenviable suspension record he'll never live down but he has vowed not to change how he plays.

Hipgrave, who was suspended after each of his first two appearances as an NRL player, is the Jekyll and Hyde of the Titans - extremely polite and well-spoken off the field yet a full throttle wrecking ball on game day and in any training session.

He has the the backing of coach Garth Brennan and his teammate and mentor Jarrod Wallace.

Some of his Titans comrades had already targeted him for being the exception to the saying ''you can't put old heads on young shoulders'' - and they're talking about his physical appearance as much as the 21-year-old's maturity.

Yet Hipgrave, and the teammates who have enormous respect for him, know they are punchlines that will fade in memory as his career and reputation develop.

''I'm not going to change the way I play, and Garth made it pretty clear that he doesn't want me to change my aggression either,'' Hipgrave said.

He was put away for one match after a shoulder charge against the Roosters on debut last year and copped another one-week holiday for contact with the head and neck on return in this season's round three clash with the Dragons.

''The boys have been ripping into me a fair bit. It's something I'm certainly aware of and have taken on board but I'm not going to hold back.

''I am working on my fitness and trying to find my feet in the NRL. I'm feeling more comfortable with the minutes I am playing and how I am adapting.

''We have probably the youngest bench in the NRL with me, Boyley [Morgan Boyle, 21] and Kingy [Max King, 20] so we know we have to make up for lack of experience with energy off the bench, and it's something we talk about regularly before games.

''Garth has made it pretty clear that he wants us to bring the energy when we come on. That's our main job, to lift the energy of all the boys whether it's a charge, contact in defence or finding our front with the ball.''

Queensland prop Jarrod Wallace, with whom Hipgrave has had a long association, says the biggest lesson he must learn is to pace his energy and intent, and that will come with experience.

''[Newcastle back] Nathan Ross was coaching him at Nerang in under 12s. He was the biggest in the team and probably hasn't grown much since then.

''Nothing stops him. He is fearless and puts his head anywhere. He just has to pick his moments. He just does everything at 100 miles an hour and he has to get used to pacing himself.

''He's all for the team though. He's as fit as he has ever been after a great off-season and I think he will play a lot of NRL.

''He's not the biggest guy but he's aggressive and will take anyone on.''

''They are the type of players you want to model not just your game off but your life too because they are such great people off the field,'' he said.

Hipgrave is expected to be named on the bench again for Gold Coast's away game against Canberra on Saturday. 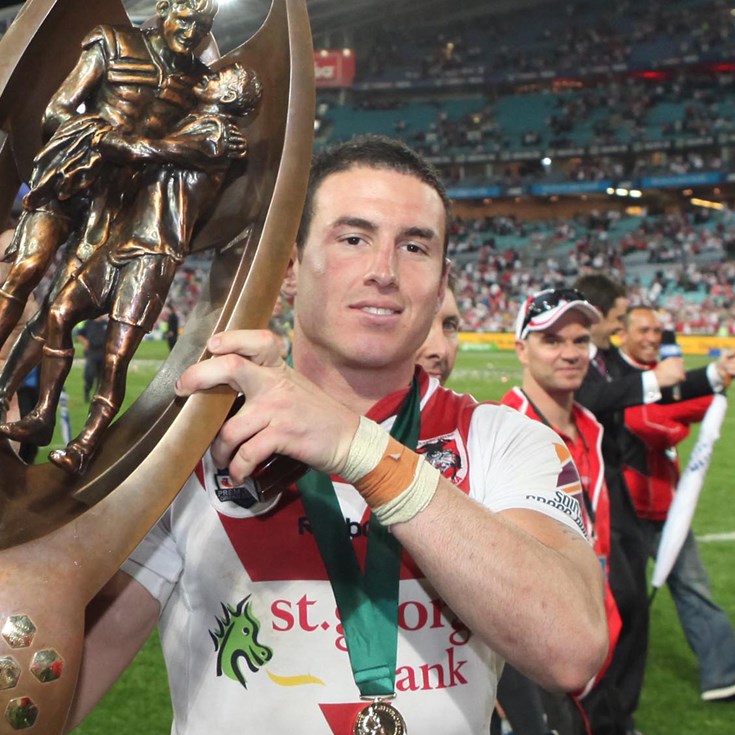 Ryan James: We've never had this much depth at Titans