It's probably not often the Titans go into a game believing they might be better than the other team, but they must feel like they're a good chance of halting a five-game losing slide on their home ground against the Knights.

Hard to believe that it wasn't long ago the Gold Coast were earning high praise for winning three of their first five games. It must've just been a mirage.

Rookie NRL coach Garth Brennan is doing his best to find 17 players he can trust and rely on every week but the depth of talent just isn't there compared to other clubs. If they don't break the drought on Saturday, there's no telling when it will end.

The Knights have a 5-5 record after two straight losses, but they shot themselves in the foot last week with silly errors at crucial moments and coach Nathan Brown will have them believing they can get back to winning on Saturday against a team down on confidence.

Brown knows these are the games the Knights have to win if they are going to sneak into the finals.

Key match-up: With the Knights getting sporadic input from their halves, skilful Titans play-maker Ash Taylor should feel that he has an advantage. But Taylor has to go out and make it happen by playing with fierce intent on every play, rather than picking and choosing his spots. If he brings his A-game it could be enough to sink the Knights.

For the Titans to win: See above. Well it might take a bit more than one man, but that's how much the Titans rely on Taylor to provide direction and good decision-making on a consistent basis. They also need to keep very close tabs on Kalyn Ponga because the 20-year-old wunderkind has shown he's capable of winning a game single-handedly.

For the Knights to win: Coach Nathan Brown is looking for certain players to take more responsibility and ease the onus on Ponga to create virtually every scoring opportunity. If the Knights get a little bit of magic from their halves and produce a high completion rate, that should give them the platform they need to snap a two-game losing skid.

Titans stat attack: The Titans are giving up 26.7 points per game to have the worst defensive record in the NRL. After starting the season with three wins from five games, they have slumped to five straight losses.

Knights stat attack: Not Slater or Tedesco, and it's not Johnston, RTS or Dufty leading the NRL in kick return metres. Ahead of all his fellow fullbacks is Kalyn Ponga (544m), with Moses Mbye second (538) and Tedesco third (511). And by the way Ponga (ho-hum) still leads the NRL in tackle breaks (73).

And another thing: The Knights seemed certain to be one of those teams that would be fighting for a finals spot in late August. It may yet happen as long as Kalyn Ponga wears a Newcastle jersey, but this team's top eight prospects have taken an obvious hit in the absence of injured skipper Mitchell Pearce. After facing the Titans, the Knights have to prepare for a dicey month against the Sharks, Eels, Roosters and Storm. On the positive side, their only away game in that stretch is against Parramatta.

Jai Arrow returns from a rib injury at lock, pushing Jarrod Wallace to prop. Nathan Peats is back from a rib injury at hooker, pushing Mitch Rein to the bench. Bryce Cartwright has earned a reprieve with promotion from the reserves to the bench, with Max King the new starting prop and Ryan James shifting to the back row to cover the loss of Kevin Proctor. Konrad Hurrell and Morgan Boyle were cut from the reserves an hour before kick-off and Kane Elgey was omitted from the squad on Friday.

Steve Turner’s prediction: The Titans showed signs of improvement last weekend despite going down to the Storm, but injuries and the form of a number of high profile players has cruelled them all year and this week they face a young and enthusiastic Newcastle outfit. The Knights have slipped just outside the top eight and while they have only won half their games to date, they certainly have been in every contest. They have lost their last two, but I see a victory coming for the Novacastrians this week. 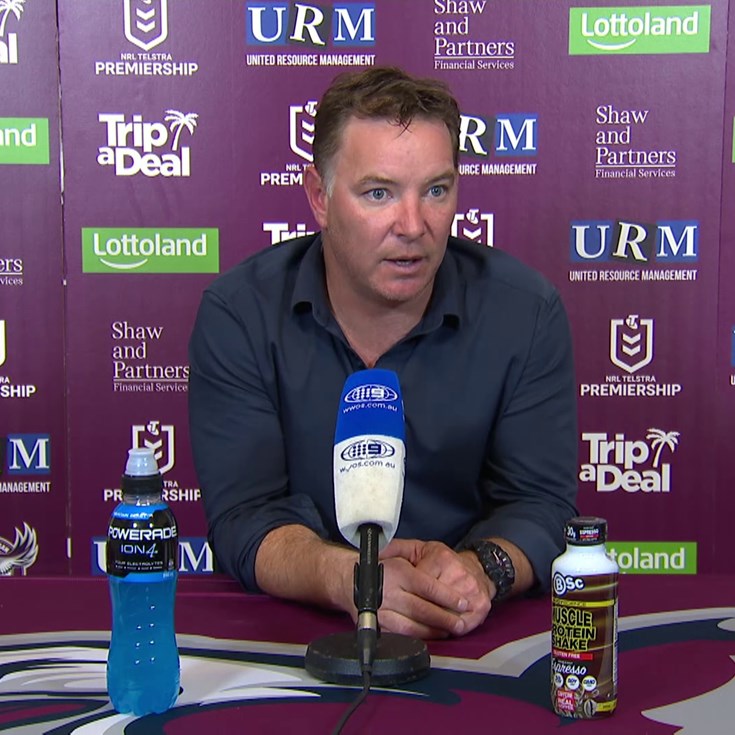