Canberra captain Jarrod Croker said South Sydney's display last Sunday might have given his team a perfect blueprint for how to upset the competition-leading Dragons in Mudgee.

The Rabbitohs forwards were at their physically bruising best as they pummelled the St George Illawarra forward pack early, throwing them off their game for just their second loss of the year.

Croker said if his forwards play to their potential, their own brutal brand of football could pave the way to their most important victory of the season.

"When the Bunnies are playing their best footy, those big Burgess boys are just rolling through teams," Croker said of South Sydney's 14-point win.

"It's obviously a little thing we looked at, and the Bunnies actually did that to us so there was a bit of a lesson learned as well.

"But they were quite physical up the middle and matched the Dragons forwards and I'm sure our guys will do the same."

Set to be leading from the front is Josh Papalii, who has thrust his name under the nose of Queensland selectors after several impressive performances, including running for 213 metres last weekend in the narrow loss to Cronulla.

"He's been massive since he went back and had a stint with Mounties, one of our most consistent players. I thought he had his best game last week in the No.13 jersey," Croker said.

"He's a hard man to handle, Papa at the best, and when he's at peak fitness and playing his best footy he's one of the best in the competition."

Blake Austin's chances of playing are increasing by the day, after failing to finish their round 10 loss to the Sharks due to an ankle injury.

If the five-eighth gets through the side's captain's run on Saturday unscathed, he will take his place alongside Aidan Sezer.

"It's a bit of a miraculous turnaround for him, but he's done all of the right things in physio so it's good to see him back on deck," Croker said of Austin.

"Defensively he's really aimed up and got off his line and working really well with that right edge and once his defence is good we know how good an attacking footballer he is."

English international Josh Hodgson is also nearing a return to action after tearing his ACL during the World Cup last season.

Croker said with Siliva Havili performing well as the side's starting hooker, there are no plans to speed up his timetable for a return, which earlier in the season was set for round 16.

"[Hodgson] is looking pretty good at the moment, but we really haven't put a timeframe on him, to be honest," Croker said.

"We don't want to put too much pressure on him to come back, obviously it's a tough injury to come back from, we'll just have to take it a week at a time and see how he's going.

"You're always going to miss Hodgo, he's a world-class player and one of our best consistently over the last couple of years.

"The way Siliva's been going it's given us real confidence not to rush Hodgo back, and allow him to take his time and not stress about coming back, but knowing him I'm sure he's itching to get out there." 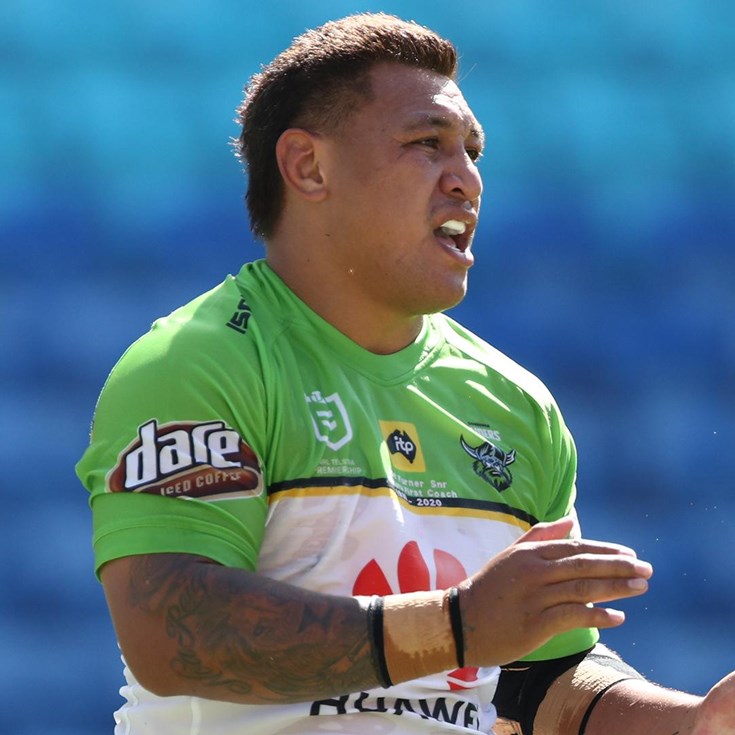 Tackle of the Year - Josh Papalii