Broncos forward Sam Thaiday has outlined why he took offence at the response of the Sydney Roosters players to Korbin Sims being knocked senseless by Dylan Napa on Friday night.

The tackle by Napa, where he led with his head in the 74th minute to collect Sims in the face, broke the Brisbane Broncos forward's jaw and he will now miss four to six weeks of action.

Napa was placed on report and sin-binned by referee Gerard Sutton for the tackle - which forced a concussed Sims from the field - but was not charged by the NRL match review committee.

Thaiday tangled with Napa after his hit on Sims.

"I understand we play a tough contact sport and sometimes players get injured and some big tackles occur in our game, but I took offence when they were celebrating the tackle when we have a player laying on the ground that is injured," Thaiday said.

"That is why I got in there and got choked out a little bit."

Thaiday sent Sims a text on the weekend to check up on him and said he would bounce back from the lay-off.

Thaiday said he supported coach Wayne Bennett "100 per cent" for being vocal in his criticism of Napa's tackle and also the NRL match review committee's decision not to charge Napa.

Sims' injury has come at the worst possible time as they prepare to host Parramatta on Thursday night.

"It is disappointing for us," Thaiday said.

"We lose another player in Korbin and it is going to be tough times ahead for us and we'll have to rely on the young guys to stand up again. The best thing that came out of the weekend is that we had some young guys come in and do a job for us.

"Young Kotoni Staggs was brilliant. Patrick Mago made his club debut for us. It was good to see him out there, and an old head like Sam Tagataese came in and did his job as well." 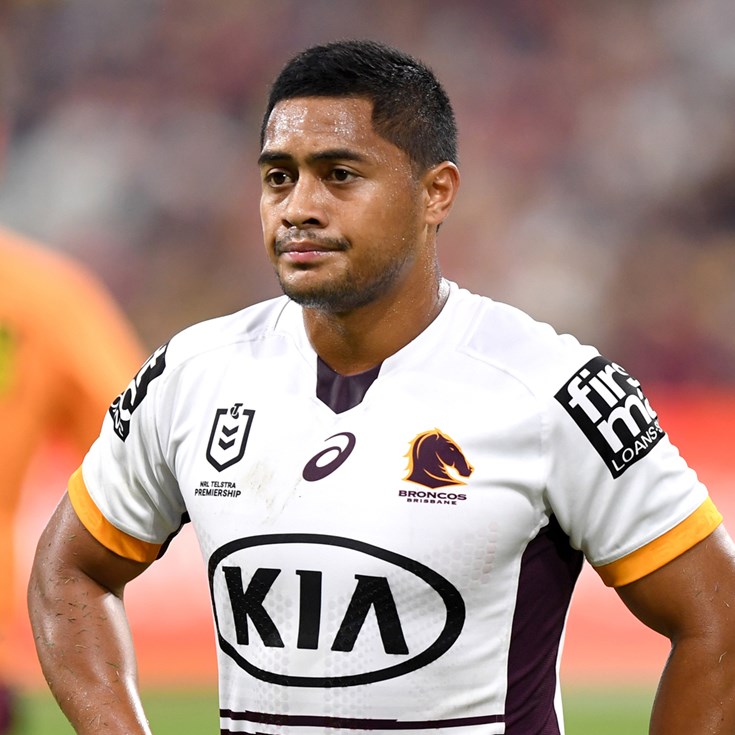 Kelly the beneficiary as Milford set to be dropped again