Revenge should be high on the agenda for the Green Machine in this round 12 duel in the nation's capital.

Demolished by the Sea Eagles in round four, the Raiders won four of their next five games before losing their past two against the Sharks and Dragons, leaving their record at a shaky 4-7.

They need to make the most of Friday night's game, knowing they have a bye next week followed by a home game against the in-form Panthers in round 14. Then it's three straight on the road against the Tigers, Broncos and Bulldogs. We'll certainly know in a month or so exactly where the Raiders stand in terms of the playoffs.

After torching the Broncos in round 10, Manly took care of a Cameron Smith-less Storm in a spiteful clash last week in Melbourne to register their fourth win of the season.

The finals seemed a long shot a fortnight ago, but a third straight win would put the Sea Eagles back in the top eight picture.

Key match-up: This is a crunch game for Raiders halfback Aidan Sezer, who will line up opposite Daly Cherry-Evans. Sezer isn't the most flamboyant halfback around, but he boasts a solid kicking and passing repertoire and has to make sure he is at his best in this must-win game for both teams.

For the Raiders to win: They weren't far off last week, going down to the Dragons in a game that was there to be won. If they are going to snap a two-game losing skid the Raiders have to get their defence right and not under-estimate the Sea Eagles' newfound willingness to play an aggressive brand of footy.

For the Sea Eagles to win: Maybe being on the road together has helped the Sea Eagles bond off the field. How else to explain the purpose and passion that has carried them to back to back wins over Brisbane and Melbourne? Coach Trent Barrett has suddenly got this team believing they can beat anyone and good things will keep happening if they maintain their form of the past two weeks.

Raiders stat attack: After 11 rounds the Raiders have scored 241 points. On the flipside they have also conceded exactly 241 points. Canberra missed 36 tackles against the Dragons and had 21 ineffective tackles.

Sea Eagles stat attack: Tom Trbojevic showed how much he loves big games with a strong performance against Melbourne, scoring a try and running for 243 metres. The Sea Eagles had an 81 per cent completion rate compared to a dismal 61 per cent for the Storm.

And another thing: Trent Hodkinson last week played his first game for the Sea Eagles since 2010 - the year he made his NRL debut at the club. Since then he has played 140 games for three clubs (Canterbury, Newcastle and Cronulla) across eight seasons and won an Origin series. His return couldn't be more timely given the injuries to Lachlan Croker and now Dylan Walker. Daly Cherry-Evans should enjoy having a calm and experienced half alongside him - a luxury he enjoyed last year when Blake Green wore the maroon and white.

The Raiders are 1-17, with Josh Papalii filling a back-row role for the suspended Joseph Tapine. Sia Soliola will play lock, Dunamis Lui is the starting prop and Liam Knight is on the bench. Shannon Boyd has been named to start for Charlie Gubb (bench). Emre Guler and Michael Oldfield were omitted an hour before kick-off, while Sam Williams and Craig Garvey were dropped from the bench on Thursday.

The Sea Eagles are also 1-17. Winger Jorge Taufua returns from a broken collarbone in place of Matt Wright, who drops to the bench. Trent Hodkinson moves into the starting team for Dylan Walker (broken eye socket). Lewis Brown starts at hooker for the suspended Api Koroisau. Tom Wright and Jack Gosiewski were cut an hour before kick-off, while Brad Parker and Tevita Funa were omitted 24 hours out from game time.

Steve Turner's prediction: Manly have been impressive over the past two weeks with two great wins against the Broncos and the Storm. A big part of their wins has been the performance of the Trbojevic brothers who have been outstanding. The Raiders head into the fixture off the back of two losses and a real concern for Canberra has been their ability to close out games. The responsibility falls on the shoulders of their halves who need to step up in pressure situations. It's a big game for both sides who sit on the same competition points, but Manly will be without Dylan Walker and Api Koroisau who are crucial for the visitors and a cold Friday night in Canberra will favour the home side. 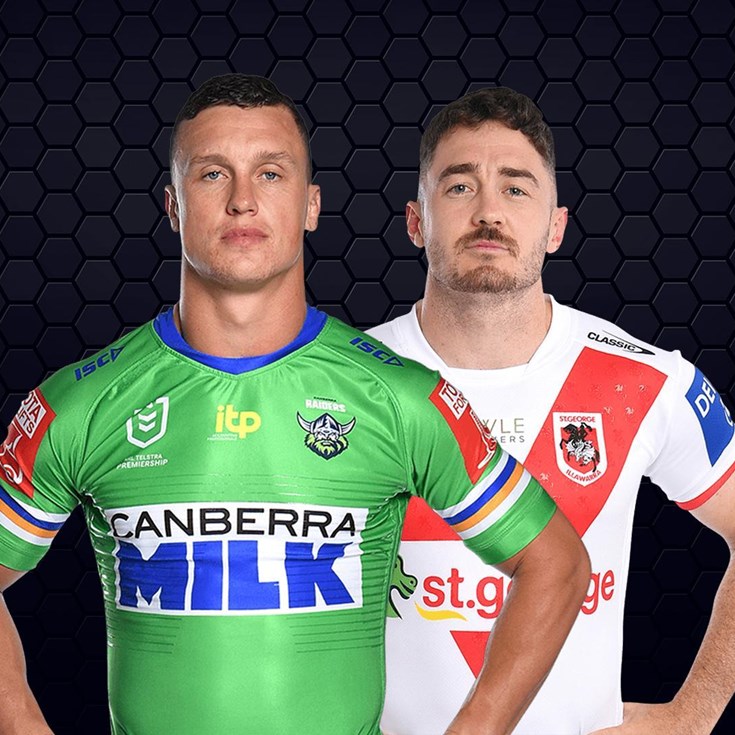