Coming off last week's road loss to the Titans, the Knights are under mounting pressure to stay in touch with the main finals contenders.

Newcastle's record stands at 5-6 after 11 rounds, which probably rates as a B+ on the report card given that they've managed to stay in the hunt in the absence of injured halfback Mitchell Pearce. They'll have to bring their A-game against the competition's hottest team and will no doubt have a big pro-Knights crowd in their corner.

Funny that it doesn't seem long ago that Cronulla were struggling with a 2-4 record and an inability to score points. A five-game winning streak soon fixed that and now the Sharks are circling the top four.

Coach Shane Flanagan is gradually getting the band back together after injuries to a host of key players and should be able to make it six straight barring a huge form loss.

Key match-up: Nathan Brown continues to look for consistency from his halves and will probably keep tinkering until he's comfortable he can rely on two players to provide the direction his team needs on a weekly basis. Unfortunately for the Knights, Sharks halves Matt Moylan and Chad Townsend have been doing that as well as any halves in the NRL over the past five weeks and the pair will be eager to impose their will on Sunday.

For the Knights to win: This team has shown it can score points and boasts one of the game's most lethal attacking weapons in 20-year-old Kalyn Ponga, but unless they start knuckling down defensively, they will quickly fade from the finals picture. Their 294 points conceded ranks last in the NRL.

For the Sharks to win: Coach Shane Flanagan has got so much out of his team while he had key players out with injury that the only danger now is easing them back into the mix without disrupting the chemistry the Sharks have developed during their five-game winning streak. If the Sharks don't try to complicate things or get complacent the streak should still be alive on Sunday night.

Knights stat attack: Of his 258 NRL games, 99 of Jacob Lillyman's appearances have come as an interchange player. The veteran prop will rack up his 100th game off the bench on Sunday against the Sharks.

Sharks stat attack: The Sharks have won their past six clashes with Newcastle, including four of the past five on the Knights' home turf. Valentine Holmes loves playing the Knights, scoring nine tries in his past five games against them.

And another thing: Unless they were from Newcastle, most footy fans wouldn't have bothered watching the Knights over the past couple of seasons. That has changed this year with Kalyn Ponga lighting up the field with virtually every touch of the ball. Ponga hasn't hit the rookie wall yet but he might find it tougher than usual this week against one of the NRL's better defensive teams.

Jacob Lillyman has been preferred ahead of Josh King for the last spot on the interchange in the final squad. Cory Denniss has also been omitted from the bench an hour before kick-off. Coach Nathan Brown cut Luke Yates and Brent Naden from the extended 21-man squad 24 hours out from kick-off. Jack Cogger starts at halfback for Brock Lamb (cheekbone, four weeks). Herman Ese'ese starts at prop. Jamie Buhrer replaces Jacob Saifiti (shoulder, 12 weeks) on the interchange.

Sharks fans will be ecstatic to hear Luke Lewis (calf) and Wade Graham (hamstring) will return in the pack, with Joseph Paulo benched and Kurt Capewell and Jack Williams dropping to the reserves. Sosaiai Feki and Braden Uele were cut from the squad on Saturday afternoon. Andrew Fifita has been rested with a knee injury, while Jack Williams has also been omitted an hour before kick-off. Luke Capewell has been elevated to the interchange with Ava Seumanafagai called into the run-on side.

Steve Turner's prediction: Newcastle were unlucky last weekend and will now be looking for a new number seven after Brock Lamb picked up a facial injury. They do have Kalyn Ponga who has been the talk of the town and impresses every time he steps on to the football field.

The Knights do enjoy playing at home, but their opposition will be tough. The Sharks are flying under the Radar. They have won five in a row to remain a genuine title contender in 2018. Andrew Fifita has been outstanding and Shane Flanagan has his side a tough brand of footy. They will make it six in a row this weekend. 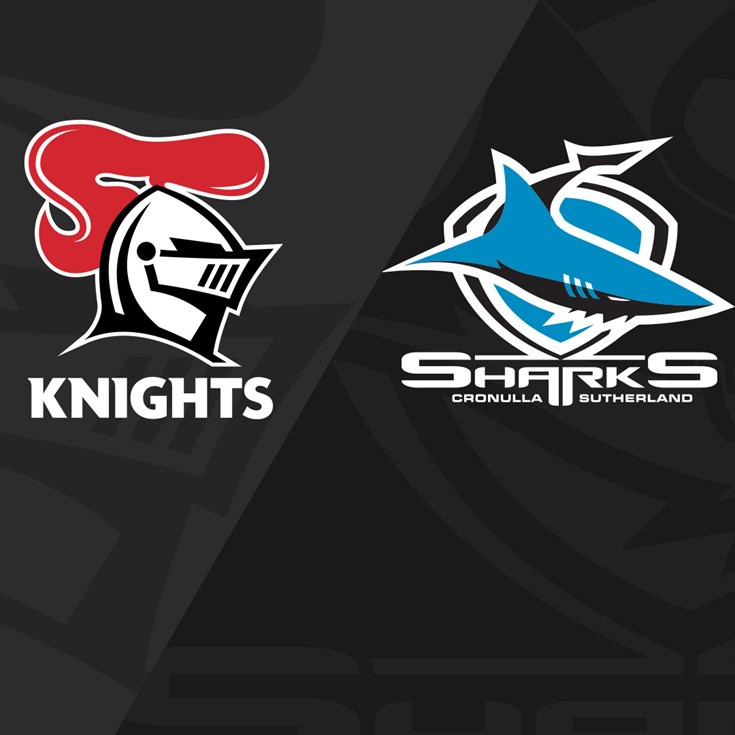