Raiders forward Sia Soliola is without a home next season but he has put his hand up to be the veteran leader of the club's forward pack if they are forced to add youth over experience in 2019.

In the wake of Canberra losing Shannon Boyd to the Titans and Junior Paulo to the Eels, the Raiders are on the hunt for front-rowers to fill the void.

Off-contract at the end of the year, the 31-year-old Soliola has arguably been in career-best form this season and said he would love nothing more than to stay in the nation's capital and lend his experience to the crop of young forward stars coming through the club's ranks.

"Charlie Gubb made his debut at starting front row (last weekend) and Liam Knight is always knocking on the door.

"It (being experienced) definitely one of those things especially with the position where I am at and my age the experience I have it just automatically goes that way.

"I'm not sure if it adds value to (contract talks), it all depends on clubs but like I said this club has been great to me, so I would love to repay them as much as I can."

The Raiders will be forced to lift in the wake of Joe Tapine being suspended for two weeks for a shoulder charge on Dragons fullback Matt Dufty.

Soliola said the rash decision will take away one of the side's best edge strike weapons as they face an equally desperate Manly side on Friday night at GIO Stadium.

"He's been one of our best, especially in this last month he's been awesome for us so it's a big loss," Soliola said of Tapine.

"Of course he's disappointed, it's just about not playing and of course he probably let himself down in that aspect.

"But we've spoken about our team having a fair bit of depth in the forwards and we can cater to that, we're without Junior as well."

Manly have proven to be a bogey side for Canberra in recent years, with the Sea Eagles having won nine of their past 12 games against the Raiders, including six of seven at GIO Stadium.

They also handed the Raiders one of their worst losses of the season back in round four, when Canberra were outclassed 32-16, causing coach Ricky Stuart to label his team as "soft".

"We took a lot from that game and we spoke afterwards and said, 'we need to learn from this' and defensively we learned a lot," forward Luke Bateman said.

"Line speed and around the ruck, I think we have improved massively in those areas."

Since then the Raiders have given away 18.4 points in defence, with ill-discipline and poor ball control still coming back to haunt the side resulting in close losses.

"Making errors they can put your side under massive pressure you don't need, that's every week not just after the weekend (against the Dragons)," Bateman said. 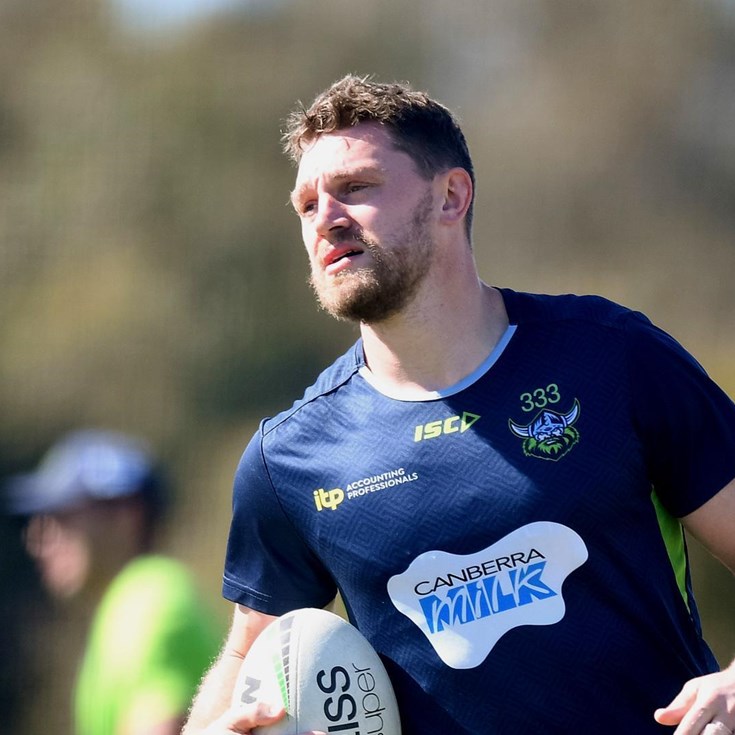