Queensland winger Dane Gagai says his Rabbitohs teammate Greg Inglis's elevation to the Maroons captaincy after his traumatic 2017 is an inspiration to not only him and his State of Origin teammates but to the greater indigenous community.

Gagai played the first four of his seven Origins alongside Inglis in 2015-16 before being able to see his veteran teammate's steely resolve at closer hand in the past few months since he joined the Rabbitohs.

He says Inglis, once a painfully shy person who was introduced to the Origin arena as a 19-year-old in 2006, won't be an eloquent talker like his predecessor Cameron Smith, but his actions in overcoming his mental health battle and injury setback of last season shows his strong character.

"I'm glad that he got the captaincy role and couldn't be happier for him," Gagai said.

"He obviously had a shocking year last year and the way he has come back and found his form again … he is an inspiration to a lot of people, not only people who play footy but the indigenous community too, by showing how strong he is.

"The things he has spoken about, and to be where he is now, is it credit to him and his family. He's just a great leader. He doesn't really verbalise that but, on the field, he just leads with his actions, that's the biggest thing.

"He's just gives you everything he's got and it's about being the same and returning the favour."

Gagai has watched Johnathan Thurston, Cooper Cronk, Cameron Smith bow out of Origin since his debut in game three of 2015 and now with Billy Slater soon to join them at the end of the series, the return of Inglis is a massive asset for the Maroons.

Despite becoming the first winger to win the Wally Lewis Medal as Queensland's best player when he earned the award last year, Gagai approaches each Origin match as if it might be his last.

"You never take this for granted," he said when asked about going into the new series as an established member of the Maroons backline.

"A few of the players have said to me 'treat every game like it is your last and every moment as if it's special' and that's what I do.

"The award last year was obviously something I never dreamt of. That was on the back of playing alongside such a great team though, without the blokes inside me I would never have won an award like that.

Inside the NRL analyses the Maroons team

"My goal doesn't change. It's to just not let down the guy next to me because I know they are all doing the exact same thing. And who knows if it could be my last [game for his state].

"That's why I feel fortunate that 'GI' is back and I get to play with him again. He is one of the greatest players to ever play the game, and I never take for granted being able to play playing alongside him at club level now too after being fortunate enough to do it in the Indigenous All Stars and or Queensland.

"People as talented as Greg don't come around too often and I've been fortunate enough to play alongside Darren Lockyer, Johnathan Thurston, Cameron Smith, Petero Civoniceva – all those type of players.

"Greg is another one I can brag about to my grandkids and say I played alongside of them. And I'm so pleased for him to do it again this year with him, as captain this time." 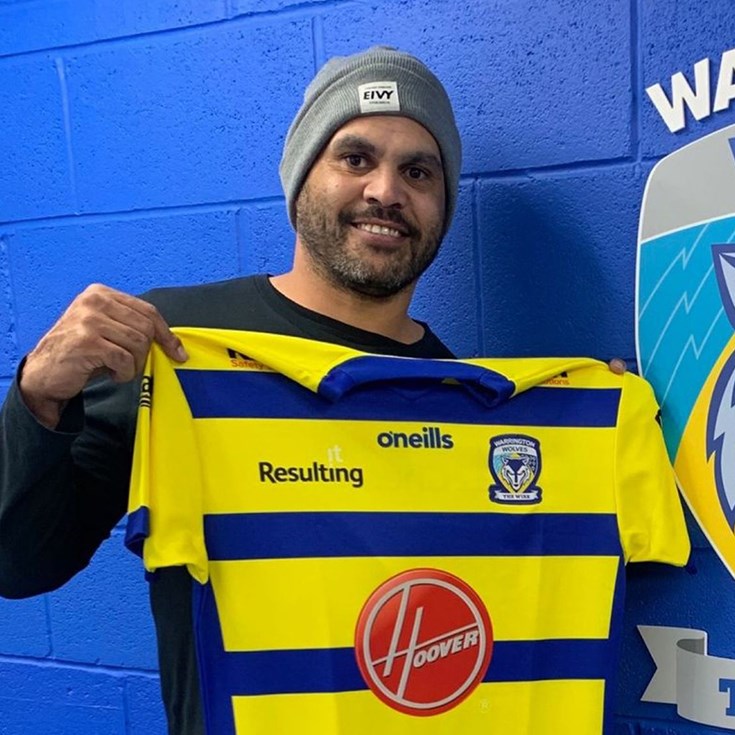