The Brisbane Broncos have shown their commitment to the women's game with the appointment of Tain Drinkwater as CEO for the upcoming Holden NRL premiership.

In a first for the four clubs taking part in the inaugural competition during September's Telstra Premiership (men's) finals, the Broncos are determined to strengthen their administration as a new founding side is constructed.

Drinkwater has spent two seasons as the Broncos General Manager in HR, specialising in risk and compliance. Her appointment was confirmed at a recent annual general meeting.

"With 20 years in coal mining I'm used to being in male-dominated industries," Drinkwater told NRL.com.

"This is the next natural progression for me in terms of my career, to diverse my portfolio into a more operational role. It's something that I'm really enjoying.

"It's important to us at the Broncos on the basis that it really demonstrates the commitment as a club that we're making to the game."

Drinkwater wants to take women's rugby league in Brisbane to a new level across all avenues of the game – from players to support staff.

"I think from our perspective it's going to create pathways. Not only will we be able to offer a pathway for girls to go into an elite sport but there will be opportunities to go into a support service role," she said.

"We're going to be recruiting female physios and doctors. We'll have a female strength coach. Where we can create opportunities to have women in non-traditional roles, that's what we're focused on.

"Yes we're going to play footy, but from a sustainable role that's that position we've taken."

The Broncos have been linked to several big name players in the women's top-40 squad including player of the World Cup tournament Teuila Fotu-Moala from New Zealand.

Announcements of signings across from all four clubs are expected to happen following the National Championships.

"We'll start signing players over the next week and be able to announce a few marquee girls that we're proud are joining us," Drinkwater said.

"We've got a good sense of the rugby league space at the moment and people from different sports that might add a new flavour to the team so we're on the lookout for more spots.

"We're keen to see the physicality and how the girls take hard hits this weekend."

Another target, Caitlin Moran, suffered a season-ending knee injury last week but Drinkwater confirmed the club would continue to support the Jillaroos halfback through her rehabilitation.

"Caitlin is a great story because we were able to offer her a position through an education traineeship when she moved from Newcastle," Drinkwater said.

"She'll continue that role and that's motivation for her to get out of bed every day and come into work.

"She's working with young indigenous girls in our local schools as part of the beyond the Broncos academy. She's relevant and is making a difference." 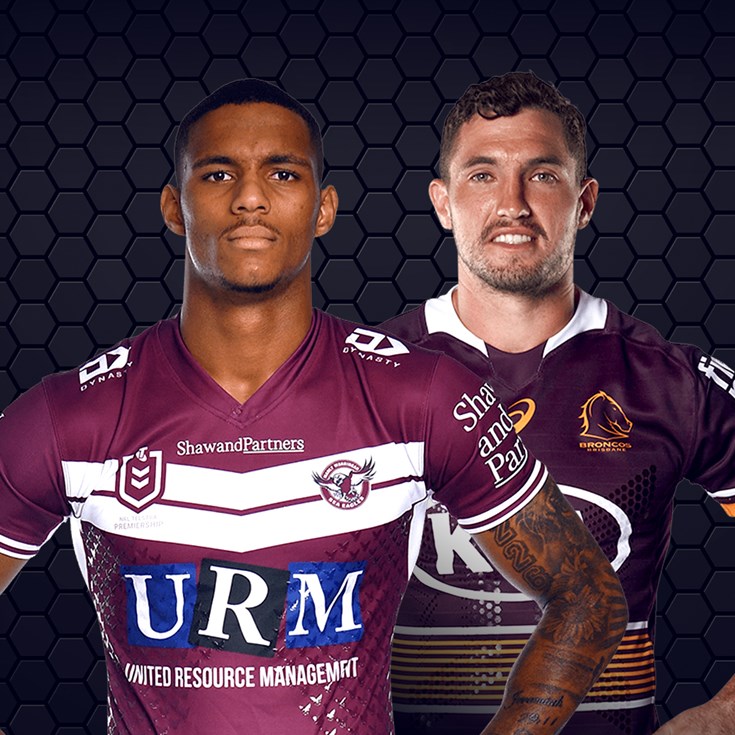