Sam Bremner has paid tribute to the pioneers that have paved the way for her to become one of the first players to sign a professional contract with an NRL club.

On Tuesday the St George Illawarra Dragons announced Bremner along with Kezie Apps and Talesha Quinn as the initial recruits of their 22-woman squad that will participate in the inaugural Women's Premiership.

Bremner is understandably over the moon and acknowledges past players as the forerunners to growing the game of women's rugby league.

"I never saw this day coming, I didn't think it was an actual possibility," Bremner said.

"I feel really grateful that I was amongst those older girls who paved the way and I was a part of and watched the transition coming into the new dynamics of rugby league where funding came in to assist with the program.

"I'll personally make it a chore of mine to make sure that young girls who are introduced to rugby league know why we're here and how we got here because of those girls."

Dragons Ambassador Kezie Apps says the feeling is surreal that the Women's Premiership is finally taking off this year and believes the amount of interest shown by players and clubs is a great sign for the future.

"It hasn't really sunk in yet." Apps said.

"It's exciting. I know there are only four teams at the moment but it's obviously going to get bigger and better as the years go on and the more exposure we get and the more girls we get coming through wanting to play the sport, the more we can make it grow.

"The women's game is the fastest growing area of rugby league and it's amazing to see so many women and young girls are interested in playing now and how many NRL clubs are showing their support in wanting to be a part of this."

Talesha Quinn was offered contracts from the Sydney Roosters and Brisbane Broncos but decided the Dragons was most fitting for her as she previously played for the Berkeley Eagles in the Illawarra competition and that's where she kick-started her representative career.

Off the field Quinn is a member of the military forces based in Townsville. The 28-year-old is grateful the regiment is giving her the time off she needs to pursue her aspirations of playing elite level rugby league.

"I'm stoked to be playing for the Dragons," Quinn said. "The Army has been super supportive of me. I've been on an elite sports program where I get access to go to any of my games, any training camps and anything else I need to do for footy and I still get paid full-time.

"During the six weeks of the competition I want to be down here so I can whole heartedly concentrate on NRL." 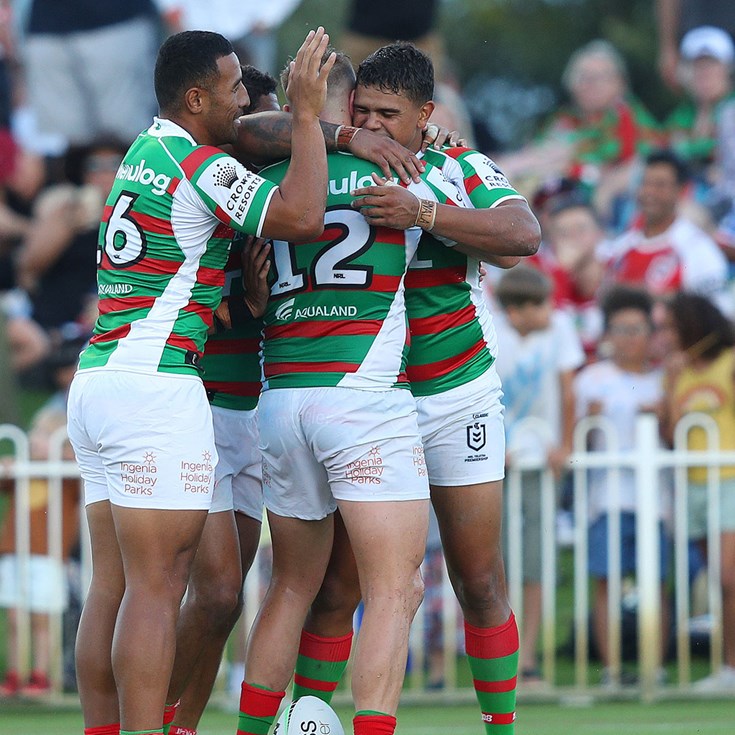