The Queensland forwards were battered by their NSW rivals but Raiders captain Jarrod Croker believes Josh Papalii can hold his head high as he prepares to back up for Friday's home clash with Penrith.

Papalii shone off the bench in the bruising loss to NSW at the MCG, running for 99 metres and making 30 tackles in 39 minutes of on-field action.

"I haven't spoken to Papa yet, but I think he's alright by the sounds of things," Croker said.

"I think he had a really good game and I was proud to see how he played, so hopefully he'll be right to go tomorrow and he'll be jumping out of his skin to play again."

Croker said the table-topping Panthers represent Canberra's biggest test as they look to try and slow down some of the heroes that took NSW to an opening Origin victory.

Penrith coach Anthony Griffin has kept his cards close to his chest as to whether Origin quartet Nathan Cleary, James Maloney, Reagan Campbell-Gillard and Tyrone Peachey will back up 48 hours after getting the better of the Maroons.

Despite the uncertainty, Croker said the Raiders are expecting a full-strength Panthers side in what looms as another crucial clash if they are to keep their finals hopes alive.

"They [Maloney and Cleary] played really well and I thought Campbell-Gillard was good up the middle as well, so most players will be looking forward to backing up for their club.

"I think so far it is [our ultimate test], it doesn't get much harder than top of the table.

"Those [Penrith] Origin boys will be buzzing after coming off the win it just makes it a little tougher for us so it's a massive challenge.

"Campbell-Gillard was pretty inspiring last night for them. With the nature of our forward pack, I'm pretty sure he'll be wanting to come down and rip into them."

Apart from Papalii, the Raiders did have another player busy with Origin duties, with fast-rising winger Nick Cotric soaking up the representative experience as the Blues' 19th man.

Croker said he was confident the 19-year-old won't let the Origin experience go to his head.

"Not much phases Nicky, but he had a great week he really enjoyed it and I'm sure he learned a lot out of it," he said.

"Just being around the team and the squad last night and the good thing is he was missing Canberra, so he wanted to come home.

"He'll come out of it a better player and I'm sure he will keep improving."

The Raiders are coming off a 13-day break, with all players having been given four days away from training giving them time to mentally reset following a roller-coaster opening 12 weeks of the season. 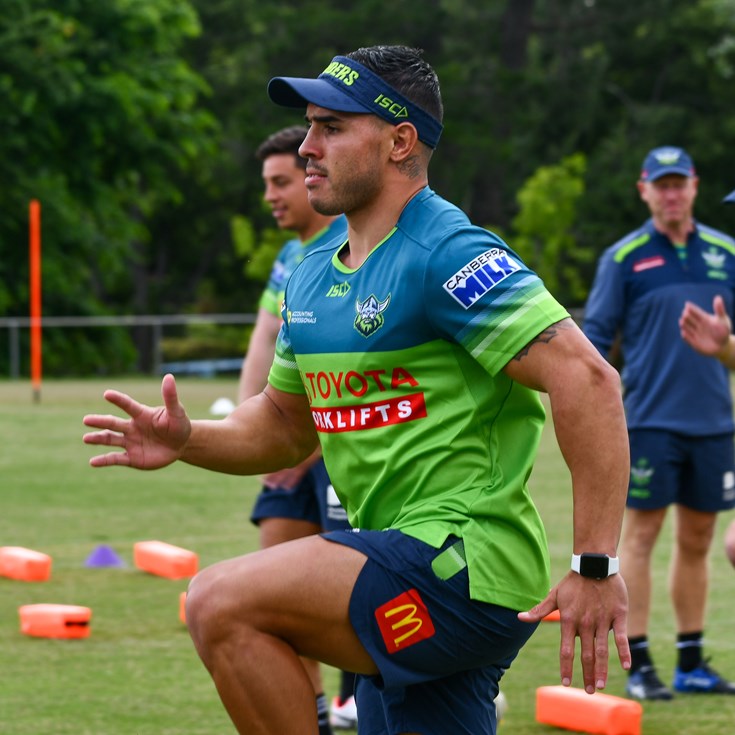 Croker set for return from injury in trials