State of Origin selectors tend to pick players from NRL sides at the pointy end of the ladder.

If that's the case, Canberra co-captain Jarrod Croker has two names he feels should be considered by NSW selectors for game one on June 5 – just over a month away.

Nick Cotric has still yet to reach his 21st birthday, but the budding star has been earmarked for higher honours by NSW coach Brad Fittler, after the Raiders winger was last year named in the Emerging Blues squad.

The difference this season is Canberra are in fourth place and a serious of chance of staying there throughout the season as opposed to the Raiders teams of recent seasons.

"I'm not a selector but Nick's always going to be in the frame as long as he's playing footy," Croker said.

"He's playing really well and there's not too many times over his short career that he's put a foot wrong.

"He does the little things right and he's a big, strong carrier of the ball and I know it's been floated in the past but he won’t let anybody down if he gets selected."

The door is open for Cotric following Tom Trbojevic's hamstring injury, leaving him likely up against Parramatta's Blake Ferguson in the race for the vacant wing spot on June 5 at Suncorp Stadium.

Croker also sang the praises of Joey Leilua, who has hit the ground running in 2019 and is keen to prove he earned the Dally M Centre of the Year award from last season.

"I know what BJ has done well for the side so far this year and how hard he worked in the off-season, I think that's the reason why he's playing his best footy," he said.

"It's all of the little things and him putting the team first has seen him perform like he has this year.

"On his day he's one of the best centres in the game so I can’t see why he wouldn’t be in the mix."

Cotric and Leilua will get another chance to show their wares to the Blues selectors when the Raiders take on Penrith in Wagga Wagga on Saturday, in what is the second NRL season game to be hosted by the Riverina city.

Croker wasn't buying into statistics showing the Panthers have missed the most tackles in the NRL this season.

"The one thing we did notice and look at this week is Penrith has got really good line speed," he said.

"Sometimes that can lead to that [missed tackles], but I'm not a big fan on stats, some guy lays a finger on somebody it's a missed tackle, so I don't think too much about that.

"They've got the line speed and a really good pack and powerful outside backs, so it's about us trying to combat their line speed because we're going to cop it at some point."

Canberra are also mindful of wrapping up the ball in defence this weekend, having allowed Manly to make 15 offloads, the second most of their season, when they met last Sunday.

"Penrith are really good at second-phase as well so we're going to have to be better than what we were against Manly," Croker said. 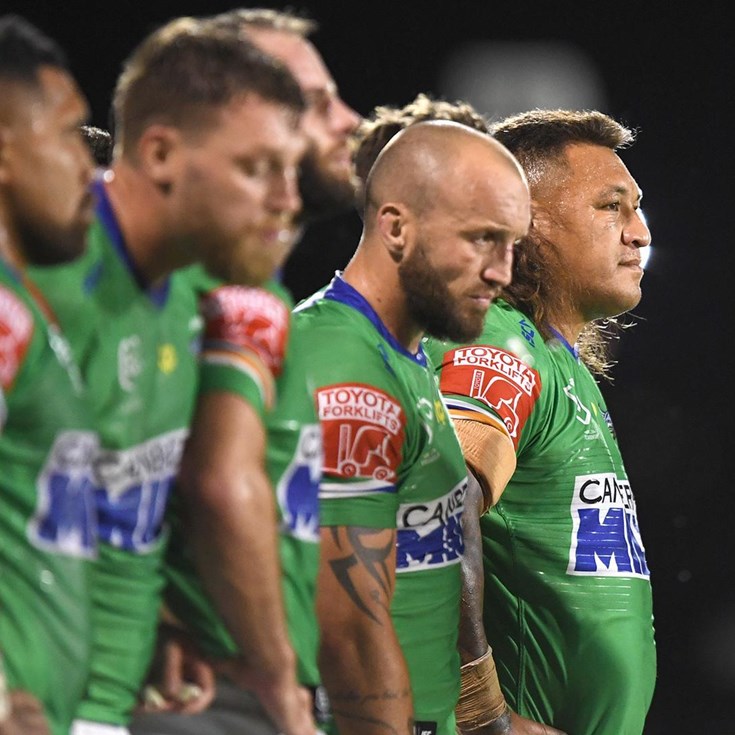