Parramatta will welcome back over 350 NRL games of much-needed experience against North Queensland as senior man Michael Jennings weighs up whether to go to market as a free agent at the end of 2018.

The last-placed Eels expect to have Corey Norman (foot) and Jarryd Hayne (hip) on deck for Saturday's clash with the Cowboys in Darwin, provided the pair come through Friday's captains' run unscathed.

Jennings meanwhile is yet to make a call on the two-year option in his favour to remain at Parramatta.

The 30-year-old moved west from the Roosters in 2016 on a four-year deal. However, the Tongan centre has until June 30 to decide whether he will take up the final two seasons at Parramatta or test his value on the open market.

Jennings confirmed he is yet to make a call on his future, but was reluctant to discuss contract matters given the Eels five-game losing run and mounting pressure on the club.

"I haven't made the decision about that one yet, no," Jennings told NRL.com.

Parramatta have been based in Darwin since Wednesday, welcoming a break from the Sydney fishbowl and growing off-field dramas.

Norman and Hayne have once again been front and centre.

This week Hayne had the date of his civil rape trial in California set for 2020 by a US court, where he will answer allegations of sexually assaulting a woman during his NFL stint with San Fransisco 49ers.

Norman, meanwhile, returns to the paddock amid growing speculation he will be forced out of Parramatta before the end of his contract in 2019.

A recent $30,000 breach for drinking while injured earlier this year only added fuel to suggestions he is on the outer at the club, though Parramatta have denied shopping Norman to rivals.

As club directors plan a review into the Eels regrettable campaign to date, Jennings said the team's trip north couldn't have come at a better time.

"We've got away from all the noise and have spent the whole time together as a team," he said.

"It's definitely what the doctor ordered, a chance to get around each other and be around just your team and your staff, get away from everything that's gone on around the club."

Co-captain Clint Gutherson described the Eels' last-start 30-4 loss to Newcastle as "embarrassing", and admitted his teammates had a point to prove against fellow 2018 stragglers North Queensland.

Norman and Hayne would seemingly fit that bill as much as any, and Gutherson welcomed their addition to an injury-hit Eels line-up.

"It's a lot of experience coming back. They've played 150-plus, 200 games, Haynesy for his state and country," Gutherson said.

"We're looking for a positive attitude and some of the experience that we know that they have, helping us get back on track with the type of footy we know we can play.

"The best thing about rugby league is you get to play again the next week. We've got the chance to prove ourselves to our teammates and fans, everyone that thought (the Knights loss) was embarrassing. It was, we haven't shied away from that.

"We pride ourselves on tough, committed performances and it wasn't there last week so we've moved on now. It was a tough one for a few days but now we're focused on the Cowboys." 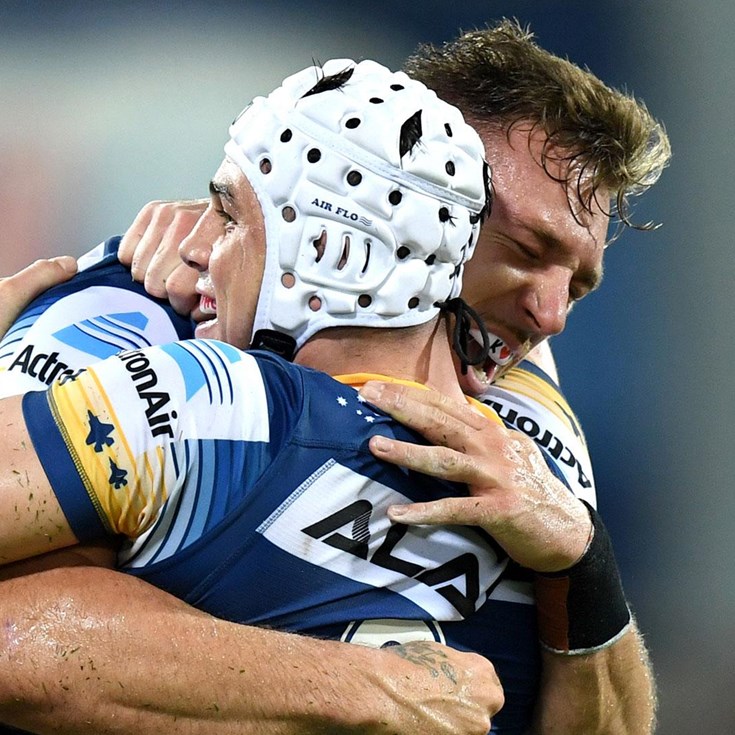