Oneata Schwalger had never met her cousin Tim Lafai until she signed to play for St George Illawarra in the NRL Women's Premiership.

Now the pair are trying to convince Lafai's sister, Atasi, to join the club.

Schwalger, who played for Australia in the 2014 Women's Rugby World Cup, was one of five recruits announced by the Dragons on Wednesday, a group that also included Kiwi Ferns stars Honey Hireme and Raecene McGregor.

The Melbourne-based mother-of-two is the sister of former All Blacks prop John Schwalger and began playing league more than a decade ago in New Zealand before moving to Australia.

Atasi Lafai was also a member of the Samoa team and plays with both league and union alongside Schwalger.

"They played in the Nines and got a silver medal in the final against the Jillaroos. That is obviously why she [Schwalger] is here now," Lafai said. "My sister loves her union but we are trying to get her to league.

"It is pretty good having family in the same team now, repping the Red V. I am pretty sure she will do well."

The 32-year-old said she jumped at the opportunity to play in the inaugural NRL Women's Premiership and has arranged for family members to look after he two sons Diego, 11, and Malakye, 10, while she is playing for the Dragons.

"They are Storm supporters, I am Warriors, but now we are Dragons," she said.

"To play NRL was a goal, I knew where the game was going and they were offering an opportunity for me to play so I grabbed it."

Lacey travelled to Melbourne last week to meet with Schwalger and she is the first confirmed signing by any of the four NRL clubs from outside the pool of 60 players on marquee NRL and NZRL contracts.

"She has played at the highest level in rugby union and this experience, combined with her energy and enthusiasm will pay huge dividends for the squad," Lacey said.

"Oneata will give her all for the Dragons. She's shown that ever since we expressed interest in her."

It is understood the club is close to finalising deals with another five players which will be announced soon. 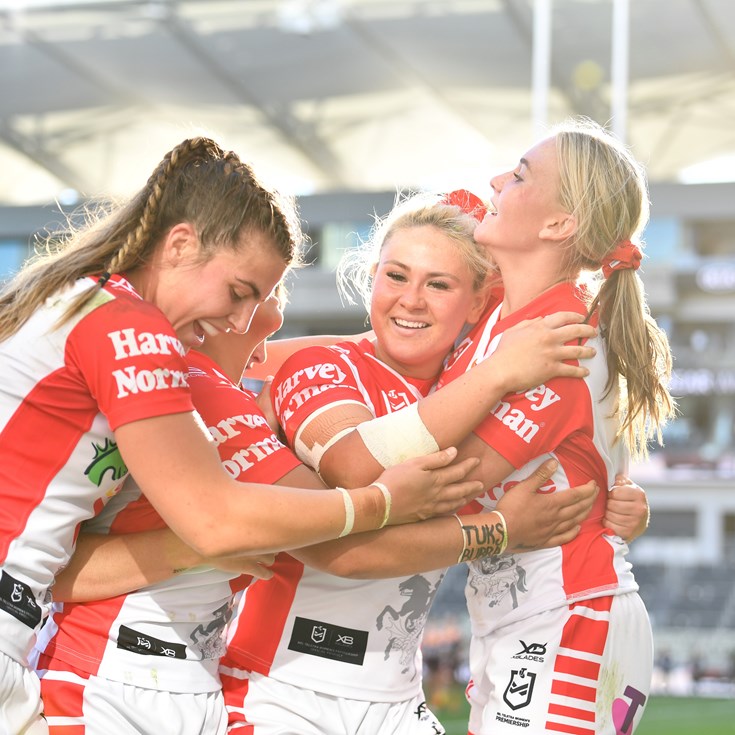 Dragons: 2020 season by the numbers

Bird flies home: Jack's back at Dragons until 2022 after Broncos release