Initially hoping to miss six weeks with a biceps injury suffered in Friday's loss to the Warriors, Morgan will have surgery this week and sit out the rest of the season.

The news is bad for both the struggling Cowboys and Queensland coach Kevin Walters, who will be forced to make changes for Origin II in Sydney next Sunday.

Morgan suffered the injury when Warriors skipper Roger Tuivasa-Sheck stepped past him for a try and the Cowboys fullback threw out his arm.

The biceps injury to Morgan topped off another disappointing outing for last year's grand finalists, who have now slumped to their 11th loss of the season.

Winger Kyle Feldt scored two tries in a match that was three tries apiece, the difference was an off night with the boot by Johnathan Thurston with just two out of four.

Cowboys coach Paul Green said that if his men were playing with confidence they might have found a way to win. But confidence was in short supply with only four wins on the board for 2018.

"Probably you find a way to win when you're full of confidence and given what has happened so far that has been the tough part," Green said.

"To get us out of that you've really got to fight hard, but it's the NRL so it's a tough competition."

The effort was a massive turn-around from their poor performance against the Eels in Darwin last week.

"I was proud of the way we responded after last week," Green said.

"I was pretty critical of our effort last week but I thought tonight was better. We just had a couple of periods where we weren't in the game and the game got away from us.

"I'm not happy with the result but I saw some things that I questioned whether or not we still had as a team last week and they were there tonight which was good." 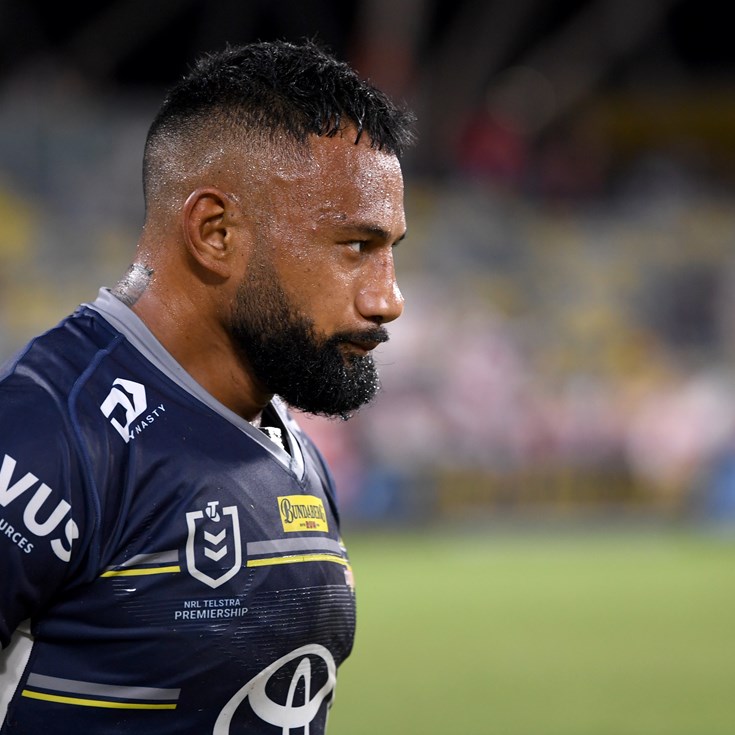