If anyone was going to ruin Michael Jennings' milestone game it might as well be his little brother.

Jennings didn't get to celebrate his 250th NRL match with a win - thanks largely to his brother Robert, who crossed for a career-best four tries in South Sydney's 42-24 pummelling of the Eels on Thursday night at ANZ Stadium.

Despite the loss, Jennings told NRL.com that Thursday's family affair - playing alongside brother and Parramatta teammate George and against Robert - would ensure he always fondly remembered his 250th. He only wished 22-year-old Robert had saved his four-try haul for another night.

"I'm so proud that they're playing some good footy and proud that I had them all on the same field at the same time for my 250th - it was something amazing," Jennings said.

"Pretty gutted that we lost and especially my younger brother getting one on me with those four tries; angry he did it on my 250th game the little bastard."

Jennings' stellar career started at the Panthers in 2007. He joined the Roosters in 2013 for a three-year stint before heading back out west to to play with the Eels.

The 30-year-old has also had his fair share of representative football, starting when Tonga called on him for the 2008 World Cup.

He made his NSW Origin debut the following year, appearing in 18 games from 2009-16. He also represented Australia seven times from 2009-15.

Jennings' extended family converged on ANZ stadium to personally celebrate the occasion with him and the sentiment wasn't lost on him.

"With all the other milestones you kind of don't appreciate the small stuff and all the little things that go into it, but I wanted to enjoy this milestone and really embrace it.

"I wanted to make this week one to remember and having all my family here is special but it obviously wasn't the result we wanted."

The Jennings siblings will catch up at their mother's home for dinner this weekend and Robert might be a little anxious to face his big brothers.

"He'll probably slip something in my food," 22-year-old Robert said.

"I'm guessing he's off me right now. It was good obviously playing against your older brother. It's always one of those dreams as a young boy. Fortunately I got to go up against both of them."

Robert was an eight-year-old in the crowd at Penrith Stadium when Michael made his NRL debut in 2007.

"I was looking up to him and that's what motivated me to crack the NRL," he said.

"Fortunately I'm grateful to be here in this position I'm in. I've achieved only a little and I feel like I've got more to achieve."

With twelve tries in 13 games for Souths in 2018, he is definitely heading in the right direction.

"It would be good to see Robert get a chance in the Tongan team," Michael said.

"It will be good for him to get his first taste at rep footy under his belt." 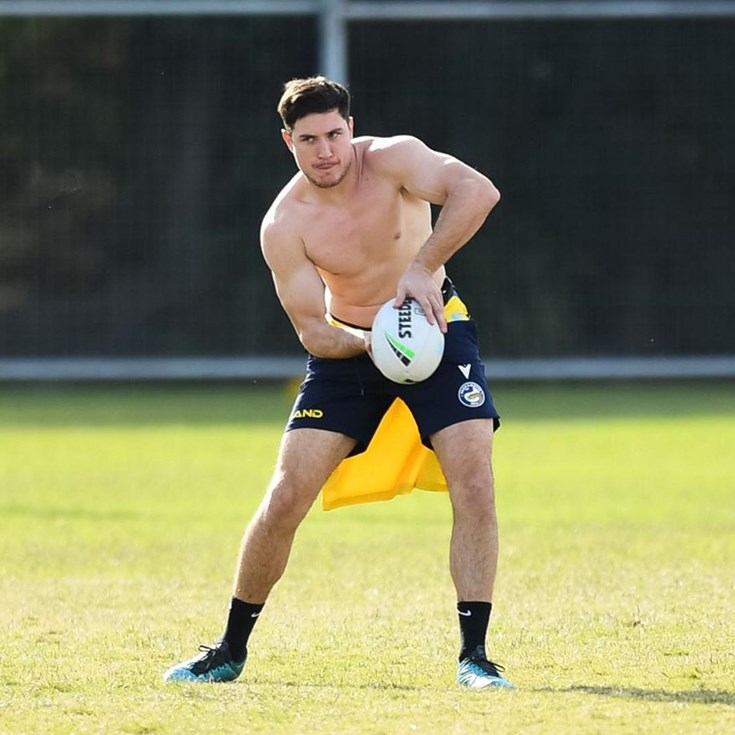