Newcastle Knights fullback Kalyn Ponga has completed the ideal State of Origin audition, despite his side going down to Melbourne Storm 28-10, in their round 15 Telstra Premiership match.

The Maroons hopeful looks almost certain to be picked when the teams are named on Monday after another strong performance that included a try, 14 tackle breaks and 207 run metres.

Despite the Knights having a strong breeze behind them, Storm skipper Cameron Smith was providing headaches for home side and had the best chance of the opening 10 minutes, with a dangerous dart from dummy half.

It wasn't long before Newcastle had their first opportunity to attack after Suliasi Vunivalu was penalised for a late hit on Jack Cogger, but a dropped ball from Sione Mata'utia let the Storm off the hook.

The next time the premiers were down at the Knights' end of the field they made it count on the scoreboard, with Riley Jacks cutting through the line to score the opening points of the match after 16 minutes.

The Novocastrians were not without their attacking chances, but every time they got into a good position handling errors let them down – with the hosts completing just 11 of the first 17 sets.

Ironically it was a Melbourne error that led to the Knights' opening try; first putting them inside the Storm's half before Kalyn Ponga caught the defenders napping from dummy-half to level the scores.

Seeking their sixth straight win over Newcastle, just hours after re-signing coach Craig Bellamy, Melbourne added another two points to their score with a penalty right on half time.

It was an explosive start to the second half from the hosts with Connor Watson running away down field, but just like he did a few weeks ago, could not find the support player with his pass.

However a few sets later, the Knights capitalised on good field position when Ponga threw the perfect pass to Ken Sio, who crossed in the corner just four minutes after the break.

But the momentum was shortlived, the Storm converting a penalty on the Knights line to stretch the margin to six, then from the kick-off Addo-Carr raced away for his second long-range try of the afternoon.

The next try was too easy, with Melbourne spreading the ball to the right and all Suliasi Vunivalu had to do was put it down in the corner.

The game may have been slipping away but Ponga was not about to lie down, showing just what he is capable of in a Queensland jumper, slicing through the line to run 40 metres before being taken down with an ankle tap. 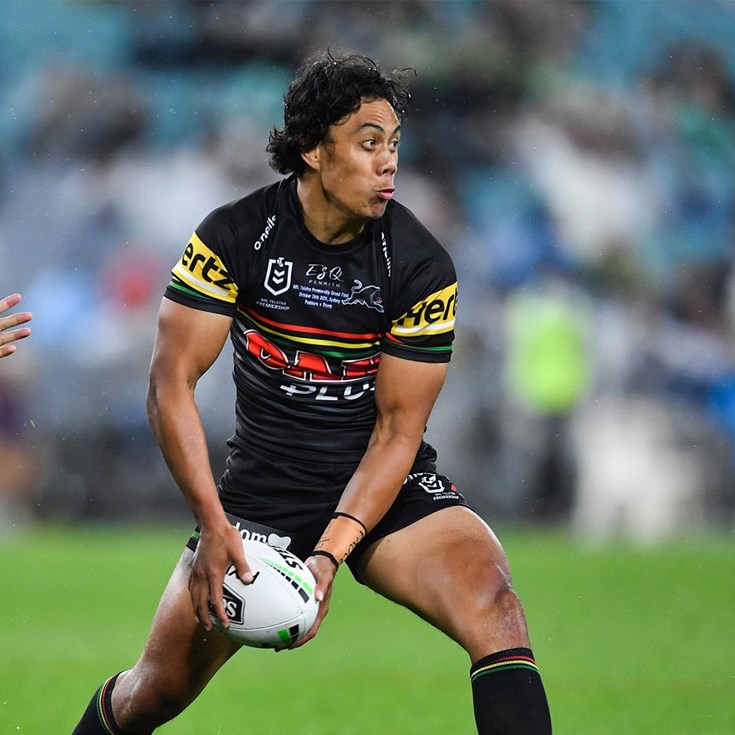 The story behind Storm’s goggle-inspired celebrations