As we head into a massive week of rep footy, a few teams might've shown their true colours in round 15, with heavy losses featuring prominently. Check out the thoughts of NRL.com expert Jamie Soward in this week's Power Rankings.

The scariest thing about the Storm is that they do big games better than anyone else, and they're certainly putting themselves in a good position to get back to the big dance. Went up to Newcastle with no Billy Slater and just have people step in and do the job. They've got Cameron Smith there through the rep period and get terrific performances from the Origin guys like Munster and Chambers backing up. That's what makes Melbourne so good and it's why they're No.1 in the Power Rankings this week.

Aside from their slow start, I liked what I saw from the Rabbitohs last Thursday. They potentially could be playing down to theiropposition over the next eight weeks if they're not careful. They've won seven in a row but they've got some games against teams in the bottom half of the table in the next month before playing the Storm in round 21 and they need to put those teams away early. You can't be 14-6 down and making errors and then winning 42-24. Anthony Seibold wouldn't have been happy with theirdefence, but they're the competitionfavourites.

Bounce up a couple of spots after taking care of business against Manly as expected. I'd like to see them put those teams away earlier instead of toying with them for longer than they should. The Origin players came back and played well and the Dragons are rolling along nicely, but the players need to keep pushing each other to make sure they continue to improve and build on their first half of the season.

Really targeted the game against Penrith and came in bouncing, looking like a completely different side in attack. Victor Radley was great, Cooper Cronk didn't have that dominant playmaker role and was allowing other guys to do the major plays, and it worked for them. They had people in motion and ran simple plays, and the Roosters are building quite nicely after stuttering for most of the year with their attack. They continue to defend well and that's a great base to work from.

Probably the biggest surprise in the Power Rankings after being No.1 last week. The Roosters were really up for the game and the Panthers couldn't go with them. They've been able to overcome so many injuries all year but you lose your front-rower [Reagan Campbell-Gillard] it's going to hurt you. They just got out-played and this Origin period is going be a tough test.

Thought they were on the slide a couple of weeks ago but bounced back in a big way. Impressive in a hostile environment against a team with nothing to lose and trying to restore some pride for JT. Certainly going well enough to be a top-eight team but can they continue their solid road form?

A month ago they were a premiership 'smoky', then they lose to a weakened Souths team, followed by a less than convincing home win over the Tigers, and then a home loss to Brisbane. If the game had gone another five minutes they probably would've scored a match-equalling try but they need to be better.

No change in the Power Rankings. A really impressive win over the Sharks in a really tough environment. Their young forwards are working hard, but the Broncos leaked some soft tries in the second half to allow the Sharks back into it. But the main thing is they won.

The race is down to nine to make the top eight and this is the only team that can come from outside the eight the way it currently stands. Hodgson was outstanding in his comeback, really settling them down in attack, allowing Sezer and Austin to just play footy. Now the Raiders need to show some consistency.

Tried really hard again and you can't knock their effort or attitude, but they're lacking experienced halves. When they get guys back they could be a force to be reckoned with but Kalyn Ponga is being asked to do too much and they came up against one of the premiership favourites on Sunday.

This team can play footy and may be a dark horse to cause problems for those teams near the bottom of the top eight. Very good performance away from home against the Bulldogs. Michael Gordon wound back the clock with one of those "Flash" Gordon performances.

They might have a relatively soft run home, but the Tigers faced what was potentially a season-defining game against Canberra and they just gave up. Just a very disconnected performance, and Ivan Cleary would've been very disappointed knowing what they looked to be building earlier in the year.

Competed really hard against a Warriors side that looks finals-bound, but once again they just weren't good enough at the end. It's strange to see because those were the games they used to win easily at home and now they're struggling to find points and find consistency.

Probably fortunate not to be lower. Really disappointing to see them turn up at their spiritual home with that uninspired performance against the Titans. I was probably kind to them after their performance the previous week against the Dragons and that's the only reason why they're not lower.

The bottom four teams probably could've all been at the very bottom and there's really very little separating them in the Power Rankings. Parra came in 15th, purely based on the fact they got off to a good start but they're just not good enough. Some really bad reads on the edge and let in some really soft tries.

A really disappointing performance against the Dragons. Their whole year has been caught up in off-field dramas and unfortunately, it reflects in the way they're playing. You shouldn't let off-field stuff affect you, but they are. 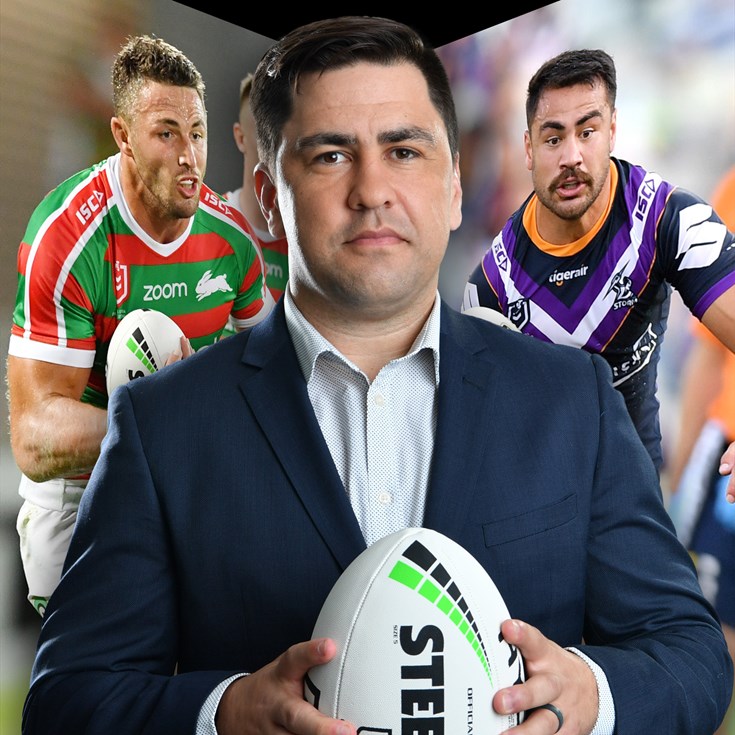