Serial sledger Dylan Walker won't back down on his niggling ways in his return from a broken jaw suffered in his punch-up with Melbourne's Curtis Scott.

The Manly five-eighth has spent the last six weeks on the sidelines after goading Scott into belting him in round 11, with Walker's comeback against Penrith on Saturday helping to somewhat ease a crippling injury toll for the Sea Eagles.

Walker and Scott are set to clash again next weekend when Manly host the Storm.

Despite Scott receiving just a two-week suspension for the punch that ruled Walker out for three times longer, the former NSW utility has no issue with the discrepancy, and believes his confrontational playing style is still the key to playing his best football.

"He did his fair share and he got me a beauty. But I'm not dirty about him. I don't really hold grudges… I'm not angry at anyone. I'm a bit upset at myself, being out for so long.

"When it comes to games I don't go in to go start those sort of things. If you look back on the video it didn't happen 'til that one instance when I started sledging, but then again, I'm going to be me.

"I don't go out of my way to go get someone. I enjoy my time out on the field and I play aggressive and that's just my style of play."

Walker on Scott: 'He got me a beauty'

Walker has had multiple run-ins with opponents over the years, most notably with Canberra and Penrith players last season, to the point where veteran Cronulla forward Luke Lewis suggested that Walker "probably deserved" to cop the shot from Scott.

The 26-year-old said even his Manly teammates had "laughed at me in the sheds" after his injury because "that's what you get".

Walker won't be swayed by public opinion on his sledging either.

"I know a lot of people don't like what I do," Walker said.

"But I'm not here to impress everyone, it gets the best out of me and it holds me accountable if that makes sense.

"If I go out and do things like that, I have to come out and play hard. To me, I don't even care what people say and how they perceive me.

Hastings finally came to a release agreement with Manly this week after being exiled from first grade in a longwinded saga that damaged both the club and player's reputation, with Woolford now sizing him up as a potential recruit alongside injured winger Akuila Uate, who will join the Giants next season on a three-year deal.

"[Hastings] is a player we're in dialogue with, there's no doubt about that," Woolford told UK media.

"We're looking at any quality players that come up on the market, and he is one. Talks have been pretty positive but we are still a fair way to go on that one.

"My son (Zac) played against him in the junior reps down in Wollongong when I played at the Dragons, so I've known him a long time now.

"Jackson's a good kid and he was always a class above (the rest) coming through the juniors.

"He's got a lot to offer a rugby league team so we're hopeful he'll decide to come and join us." 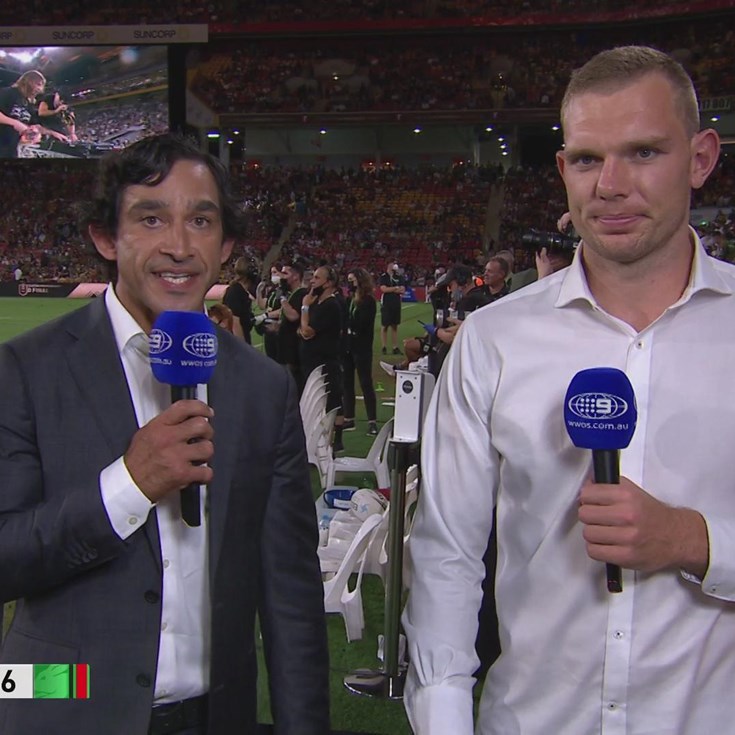