North Queensland coach Paul Green said he might start blooding some young players for the future in the remaining seven weeks of the 2018 Telstra Premiership season.

Speaking after his side were thumped 38-12 by the Canberra Raiders - after railing by only two at halftime - a disappointed Green said the side was still going to compete hard over the remaining rounds.

However, with the chances at playing in the finals passing them by, Green said some of the young stars might get the call up.

"You've got to keep competing... we've never been known to give up and we're not going to give up now," Green said.

"It's getting the balance right between playing to win each week but also maybe looking towards next year a little bit in terms of giving some young guys some opportunities.

"But we've still got seven games to go so we're going to make sure we're in all of those."

Next weekend doesn't get any easier facing competition leaders, St George Illawarra. But the Cowboys have four of the remaining seven rounds at 1300SMILES Stadium.

Down 14-12 at half-time on Saturday at a chilly GIO Stadium, the Cowboys were a chance of snuffing out the Raiders' finals hopes despite only having a completion rate of 63 per cent in the opening stanza.

They remained in the hunt until the 64th minute, when the home side scored the first of four second half tries to run away with the game.

It was that collapse in the last quarter of the game that left Green scratching his head.

"I thought the way we finished that half we definitely got ourselves back in the game. But the basic fundamentals of building into the game as a team, we're not doing, and I was really disappointed with that," he said.

"We couldn't sustain any pressure because we'd turn some cheap ball over or when we'd get down there we'd give away a stupid penalty and march them out of their own end and concede points.

"Pretty easy to say we lacked composure, but some of the tries we conceded are not what we're about and I'm disappointed from that point of view."

John Asiata played 54 minutes at prop in his return from a pectoral injury he suffered back in round seven, giving the Cowboys an extra dimension in attack.

"He was really strong for us and took some tough carries and created some opportunities on an edge as well, so it was a good performance by him," co-captain Johnathan Thurston said of Asiata.

Shane Wright was given the chance to start for the first time in his NRL career, when Green gave him the nod over Coen Hess, who was returning from Holden State of Origin duties.

"He's still applying his trade Wrighty, started the game really well and like I said before, no matter who comes into the side they're there to do a job and he was impressive," Thurston said.

North Queensland have now lost seven of their last eight games - just four wins for the season so far - to sit in 15th spot, one win ahead of the Parramatta Eels. 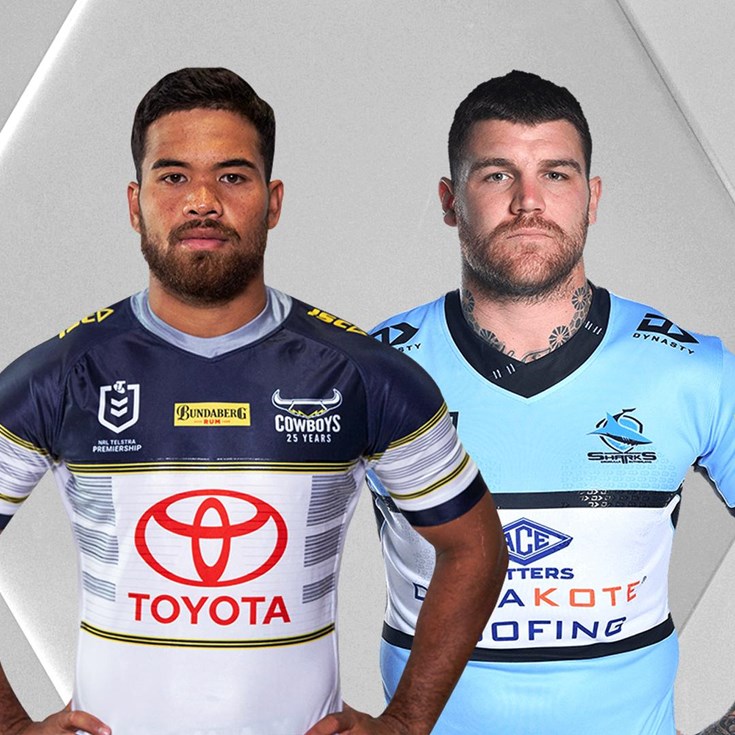 Green likes what he sees as Val finds his groove