Matt Frawley was en route to reserve grade training while Lachlan Lewis only discovered he had a new halves partner two hours before they engineered the best performance of one of the tougher seasons in Bulldogs history.

As a game day call-up for halfback Jeremy Marshall-King, when the named No7 was rocked by tonsillitis, Frawley didn't put a foot wrong as Canterbury thumped an out-of-sorts Brisbane 36-22 at ANZ Stadium on Thursday night.

Lewis meanwhile took control from the outset in just his sixth NRL game, backing up his impressive effort against Wests Tigers in the Bulldogs first back-to-back wins of 2018 - and only their sixth win from 20 games.

Coach Dean Pay was full of praise for his last-minute scrum base pairing, especially given they had nothing more than a pre-game warm up to go off before lining up in their first NRL game together.

Frawley had played eight NRL games before Thursday night but six were with Kieran Foran and two with Marshall-King.

"Jez was okay yesterday and woke up pretty crook this morning so I gave him until lunchtime. He didn’t have any energy or anything like that. So I just rang Frawls and said just get ready to play."

Pay dubbed Lewis a work-in-progress still, but was suitably impressed with the youngster's rise in the absence of marquee half Foran due to a season-ending toe injury.

"He was terrific," Pay said.

"Again there's parts of his game that we need to work on and get better of course, but again he was terrific tonight. His attitude and his effort to what he does with his footy, he's going terrific."

While more than happy with the development of Lewis and fellow rookies Rhyse Martin, who kicked eight goals from eight attempts, and Ofahiki Ogden, Pay also reserved a mention for captain and back-rower Josh Jackson.

The skipper scored Canterbury's first try, engineered their second and finished with 119 metres and 30 tackles in a sterling 80-minute performance.

"He plays some fantastic, tough footy, each and every week for me," Pay said.

"He keeps turning up, he keeps leading for me and they keep following him. His football is starting to go to a different level with his passing game because he's got it in him.

"I keep promoting that to him - he’s got more footy in him than just running some good lines. He’s a footballer."

Pay declined to comment on the officiating throughout the contest, with the NRL preparing to investigate allegations a Canterbury trainer approached a referee at halftime questioning their performance. 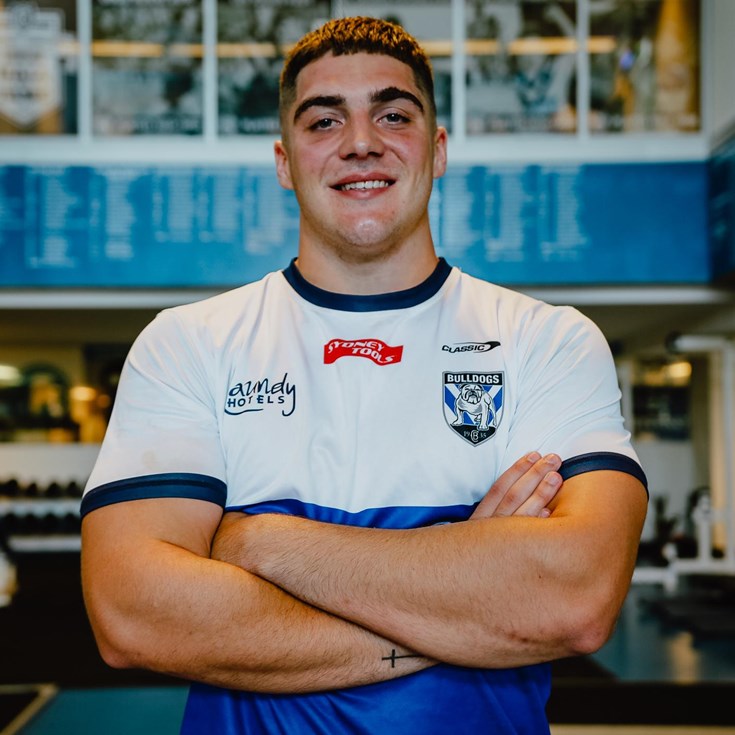 Doorey excited to stay on at Belmore