The Roosters are on red alert for green and gold hooker-in-waiting Damien Cook as he joins the ranks of the most destructive No.9s seen in the past 20 years.

With a month still to play in regular season, Cook already has more than 2000 running metres to his name, a feat not achieved by a dummy-half since South Sydney predecessor Issac Luke's best years at Redfern.

While Luke cracked the elusive 2km mark four seasons in a row from 2010-2013, Cook now joins the Warriors veteran and just two other hookers to enjoy such a fruitful season sniping around the ruck in the NRL era – premiership winners Craig Wing and Luke Priddis 14 years ago.

Having pushed through the 2000-metre mark with a season-high 190 metres against Melbourne last Friday, Cook's average of 112 metres a game has him on course to finish behind only Luke's stunning 2011 campaign for metres out of dummy-half.

Of course, Cameron Smith and Danny Buderus remain the pre-eminent hookers since 1998, but neither could match Cook's explosiveness around the play-the-ball area, with Anthony Seibold's "Energizer Bunny" clocked at more than 35 km/h on Telstra Tracker data earlier this year.

Even without a points victory over Smith last week Cook was already streets ahead in the race to fill the vacant Kangaroos No.9 jersey.

Roosters fullback James Tedesco spent NSW's breakthrough Origin campaign profiting from Cook's dummy-half snipes, and concedes it's now a daunting task for he and his teammates to suddenly put the brakes on the runaway Rabbitoh.

"He's good to watch and I loved playing with him," Tedesco said.

"Whenever he took off that was just an indicator for me to take off as well. He's gone to a new level after Origin which is great to see but it's a bit of a task this weekend.

"It's on us to create less quick play-the-balls for him to take advantage of and our marker play really needs to hold up strong.

Cook's counterpart Jake Friend has enjoyed a renaissance himself in recent weeks after a slow start to the season, rediscovering his best form as the Roosters much-vaunted attacking arsenal clicks into gear.

Two years ago Friend was dubbed Smith's eventual successor when he toured the UK with the Kangaroos at the end of 2016, making his Test debut off the bench against Scotland.

With Cook now usurping him and Brisbane's Andrew McCullough also pipping him to fill Smith's Queensland Origin jersey, Friend is focused on the Roosters' run home which has them vying for the minor premiership with their 110-year-old arch-rivals.

"As a player you always want to be in contention for those positions but it's not something that's bothered me," Friend said.

"I wasn't in that State of Origin side and there's two players that were in that.

"I'm excited to come up against Damien who's playing really well, I enjoy those battles against top hookers as well as top teams. It's something that I'm looking forward to personally." 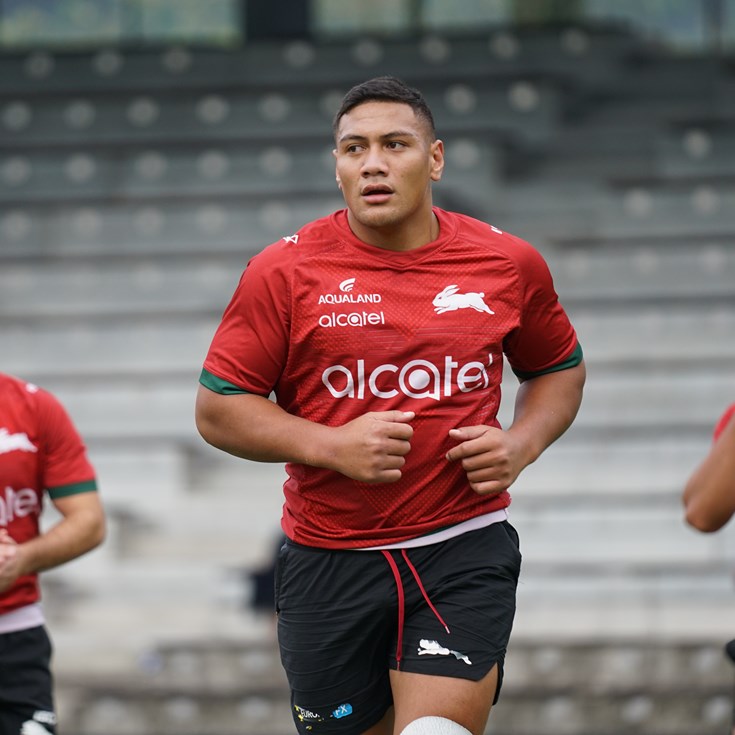 Flanagan to work from Cronk red, white and blueprint