For the first time since his seven-game stint in his debut NRL season, Sione Mata'utia is set to avoid taking out the dreaded wooden spoon.

The talented Newcastle centre's three full Telstra Premiership campaigns before 2018 resulted in a last-placed finish for the Knights, a run the team has officially ended with last week's win over Penrith.

Their ninth victory of the season put them six competition points clear of the Eels and Cowboys with two matches remaining.

"It was good to get away from that, I think me and Rossy (Nathan Ross) are the only players to have all three wooden spoons, so it's definitely something to be happy about," Mata'utia said.

"Something to take out of this season is avoiding the dreaded wooden spoon."

The 11th-placed Knights have made significant improvements this season, particularly their defensive effort against the Panthers, but Mata'utia admitted the team was asking themselves why they could not reproduce it each week.

"It's just how we apply ourselves through the week, and it's a factor of many things – I don't know really.

"We are still trying to find the answer to it.

"But we are trying to leave no stone unturned in figuring out how we can be consistent week in and week out."

Knights forward Aidan Guerra said the Penrith game was the club's best performance of the season, even though it had come too late to help them into the finals in 2018.

"I think that everything that we spoke about and worked on during the season came to fruition in the one match," Guerra said.

"It's probably disappointing that it hasn't happened sooner, and more frequently, but I think the fact that we got it done on the weekend, if nothing else, is a good sign moving forward."

While Guerra said the signs were good for future seasons, the Knights are not done with this year just yet.

"I think you have still got to want to win the present," Guerra said.

"You still want to win this next game and then you take it from there.

"If you look too far ahead you get lost in the moment a little bit, where for us, every day counts – although it is not going to count for this season, like we are not pushing for finals, we are still on a learning curve and players need to know that.

"We've got two more weeks to go and we want to go out and win some football games, and if we can't do that then we want to play good footy." 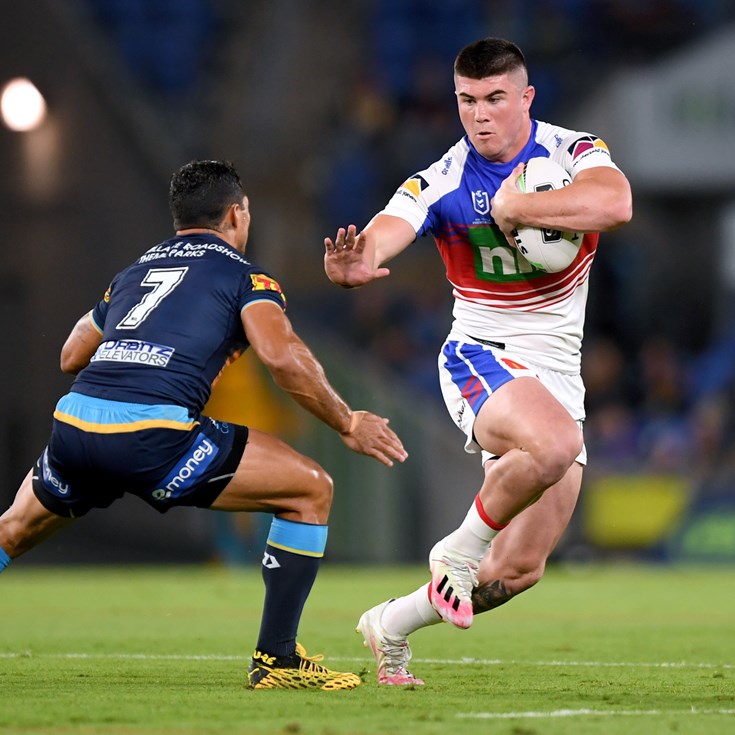