When he progressed to the second week of the finals series in his debut season in 2011, Cronulla prop Aaron Woods could have been forgiven for thinking he'd have plenty of finals footy under his belt by this stage of his career.

And when he departed his beloved Wests Tigers last year for what soon turned out to be an even more struggling Canterbury this season, he probably wondered if it could be several more seasons beyond the seven years he has already accrued.

Instead the Origin and Test prop will end a 2549-day finals exile with Cronulla against the Roosters this Saturday after being forced out of Belmore due to salary cap dramas mid-year.

Speaking after a gritty 30-12 win over the club where he started 2018, Woods hadn't allowed himself to think too far ahead.

"It's unreal to be where we are, especially the way we started off the year at the Dogs," he said.

"To be able to get the chance to come here, with everything that's happened, it's worked out pretty well.

"We've made the four which is what the boys' goal was at the start of the year but you can't go in and lose two straight games and be kicked out so we need a massive performance next week. Roosters have probably been the form side of the competition."

Woods had no hard feelings about the rough trot he'd had through the early to middle part of the Telstra Premiership.

"It's part of life, you've got to move on. It's change, it's transitioning, there's different systems you have to learn first but it's been really welcoming," he said.

"The thing about the transition was I played with a lot of the players before, they're a really great bunch of blokes and it's fun going in every day and learning off the blokes so that's probably what made the transition a lot easier."

Coming into such a star-studded pack, coach Shane Flanagan has been playing him off the bench behind rep stars Andrew Fifita, Paul Gallen and Matt Prior, had made his job simple.

"You know if you go out there and do your job the coach wants from you you're happy. Flanno's given me an easy job for me to go out from the bench and try and get quick play the balls and run hard and make my tackles and that's all I've had to do," he added.

Like Woods, Flanagan was happy with the win but less convinced about the manner of the performance.

"It was a tricky one – knowing the result didn't matter than much and we were going to finish fourth, it's hard in a football player's preparation that in the back of their mind," Flanagan said.

"If they even thought about it once during their preparation it's there, it's embedded in their thoughts so I thought they were pretty professional about what they needed to do and got it done.

"Results-wise we've been pretty consistent and been able to get some players on the park that needed some football. Wade [Graham] in particular, Matt Moylan's back, that's a good thing leading into the semi-finals."

Flanagan also had plenty of praise for star fullback Valentine Holmes, who selflessly offloaded for Kurt Capewell to score (in what was one of Holmes's three try-assists for the day), finishing with just one try himself.

"We need him in form, you need players like that if you're going to go long in the semi-finals to rely on to score those tries, make a break, do something special."

Woods added his own unique praise regarding Holmes's form.

"He works pretty hard on his game, each week he's improving." 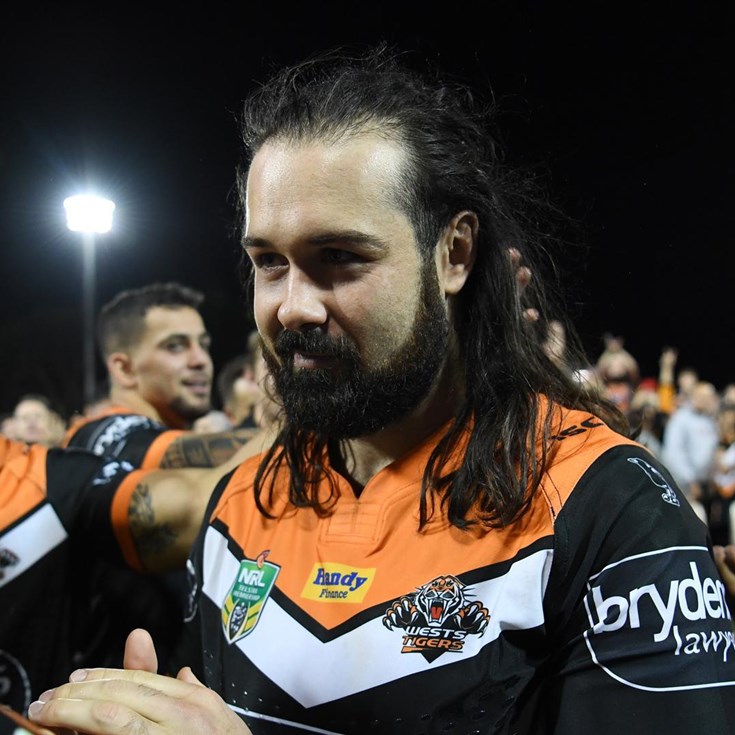