The New Zealand Warriors have sprung an upset over the more-fancied Sydney Roosters in the history-making NRL Holden Women's Premiership clash with a 10-4 victory on Saturday at ANZ Stadium.

The Warriors scored two early tries and held onto a six-point lead for the entire second half in an enthralling encounter to start the NRLW competition.

It was an aggressive performance from the Luisa Avaiki-coached side, who came into the clash with two trial games under their belt.

The Warriors also endured a disrupted preparation with their plane from New Zealand diverted due to Sydney storms overnight.

It was a different story for the Roosters, who were on the paddock as a team for the first time after six weeks of training and preparation.

Ultimately, the Tricolours were starved of territory and guilty of fundamental errors early to trail 10-0.

Warriors winger Hilda Mariu earned the honour of being the NRLW's first player to cross the line, a short side play sending the Kiwi Ferns representative over in the corner.

Despite a try-saver from Roosters prop Elianna Walton, the Warriors extended their lead through the class of skipper Laura Mariu, who delivered a deft cut-out pass for Louisa Gago to charge over under the posts.

It was a bumper start for the visitors with Annetta Nuuausala pulling off a bone-rattling hit on Zahara Temara close to the line, while forward pack starters Alice Vailea and Aieshaleigh Smalley set the tone in defence.

The injection of interchange players Chloe Caldwell and Victoria Latu late in the opening half sparked the Tricolours and changed momentum, but it was left to superstar centre Isabelle Kelly to do it all herself with a weaving run ending in four points as she found a narrow gap in the defensive line.

Kelly looked the most dangerous in attack with a 134-metre effort but was overall well-handled by the visitors.

Both sides went set-for-set in the second half and fatigue set in with a quarter of the game remaining.

The Roosters had their chances to level late in the game but errors proved costly once more – a topic of the afternoon for Adam Hartigan's side, who are now under pressure with two games left in the shortened competition to feature in the grand final. 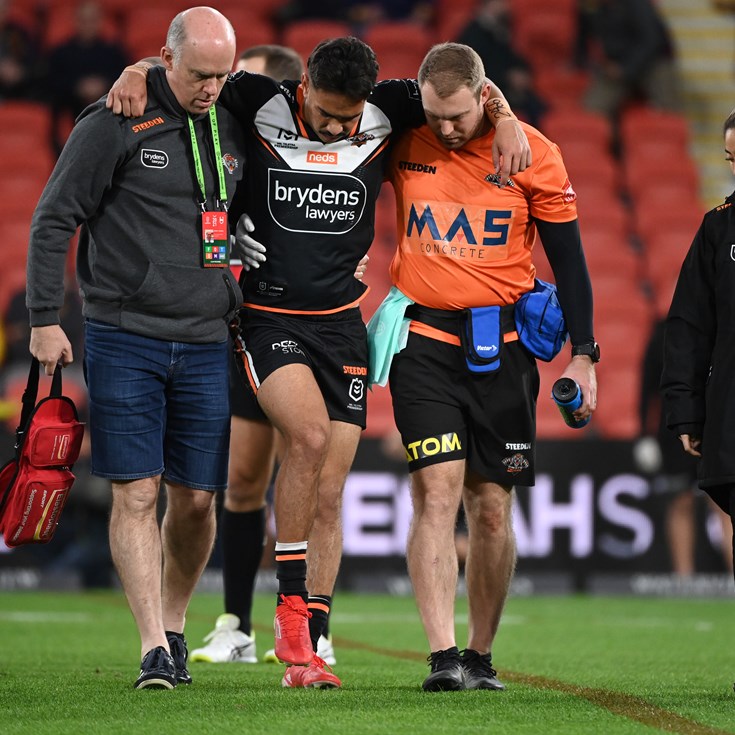