However the 48-18 victory over the Brisbane Broncos has come at a monumental price with skipper Gareth Widdop leaving the field in the 57th minute after dislocating his shoulder for the second time in four weeks, and lock Jack de Belin also failing to finish the match.

Coach Paul McGregor revealed after the match that Widdop's shoulder took 30 minutes to put back into place and was no chance of taking the field against the Bunnies.

Suncorp Stadium brings an end to the up-and-down season of the Broncos, with more questions about the future of the organisation likely to rear their head in the coming days following Wayne Bennett's team's capitulation on Sunday afternoon.

A first-half hat-trick to Tariq Sims was the catalyst for the Dragons' most inspired performance of the season, with the Red V rediscovering the type of form that saw them dubbed premiership favourites just a few months ago.

But the Dragons, who finished the match with just one fit player on the bench for the last 23 minutes following injuries, had to see off a late resurgence from the Broncos.

If reports over the weekend were true, and Bennett indeed sent out a message against Manly last week to stop his team from scoring points to ensure they square off against the Dragons, the seven-time premiership-winning coach would be ruing his decision.

The Dragons - including the maligned Ben Hunt - were brilliant, but the win looks to have come at a huge cost.

Their skipper looks at long odds to feature again this season as he left the field in agony.

"His shoulder went in after the siren. I went in down there after a long time and his shoulder still wasn't in. He's no chance [to play Souths]. He's in a lot of pain there, but he'll do everything he possibly can to help the team win even though he won't be on the park," McGregor said.

De Belin, who battled through a foot injury to take part in the match, was helped from the field after aggravating it in the second half. While James Graham was heavily concussed in the opening half.

From the opening whistle the Dragons came to play.

Graham signalled his intention when he rushed out of the line in the opening set to put a big shot on Josh McGuire, while Tyson Frizell had a similar impact with the ball in hand to crash into open space from the ensuing set.

The touchline denied them a try moments later, but a penalty soon after saw them open the account through the boot of Widdop.

The Broncos, who lost Joe Ofahengaue early through concussion, returned serve soon after with back-to-back penalties of their own, before Kodi Nikorima exploited an underdone De Belin to put David Fifita over for a 10-2 lead.

When his team needed it most, Hunt injected himself into the contest to put Sims over and bring a halt to the momentum the Broncos were building.

Soon after, Korbin Sims brought James Graham's afternoon to a halt, with the Englishman heavily concussed trying to tackle the barnstorming Bronco head-on.

But Graham's front-row partner, Leeson Ah Mau, inflicted an even bigger blow when he crashed over from close range to send the Dragons out to a 14-10 lead.

It triggered the Dragons into action, with Sims crossing for two more tries on the stroke of half time, including one by running over his brother Korbin, to help give the visitors a 28-10 buffer at the break.

The Broncos struggled to change the tide in the second half, with Tim Lafai fending past James Roberts to send the Dragons out to a 24-point lead.

Just when the game looked done and dusted, the Broncos sprung into action with two quick tries however the damage was limited by Jamayne Isaako's inability to convert both tries.

While the pressure was mounting on the Dragons, Luciano Leilua put the result beyond doubt when he dived over from a Cameron McInnes grubber with 10 minutes remaining to send his side into week two of the finals.

Matt Dufty then put more icing on the win with his 13th try of the season.

"Are we the form team now we've won three of our last four? It either praise or criticism," McGregor said.

"That's part of the news cycle. We can look at the last four weeks – we've won three of our last four – rather than the last nine.

"We were down to one interchange which I thought could really hurt, but we showed really good character ... to come out under fatigue. It was an outstanding victory."

Brisbane prop Matt Lodge could be facing a charge for a high shot on Blake Lawrie while Korbin Sims could also be in hot water for a dangerous throw which could mean he misses matches when he begins his stint next year with St George Illawarra.

News & Notes: Tariq Sims now has 10 tries for the season, the same number as winger Nene Macdonald and centre Euan Aitken ... the Dragons secured their first finals win since they won the 2010 grand final under Wayne Bennett's coaching ... Crowd 47,296. 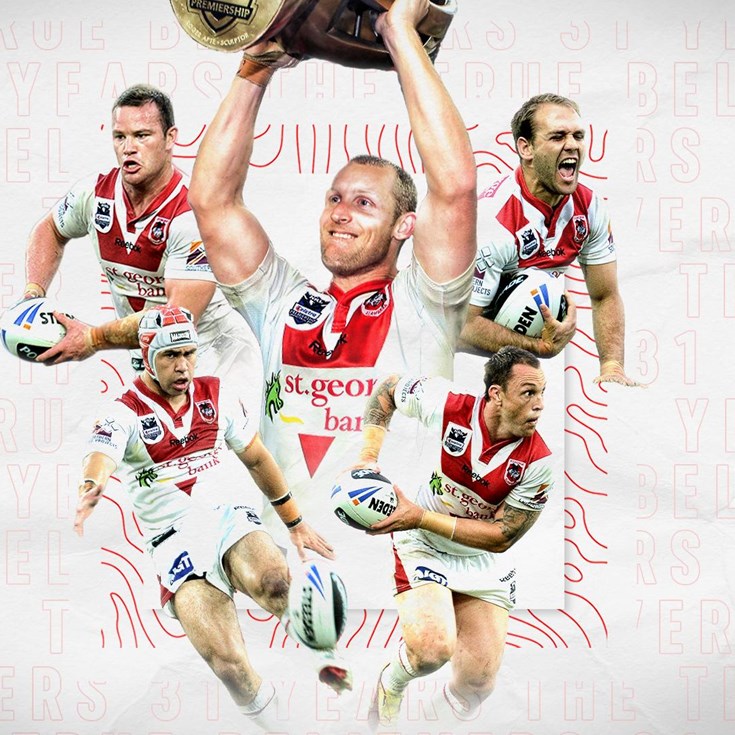 Brisbane get wooden spoon as Cowboys finish on a high

Knights snare sixth after putting dreadful Dragons to the sword