Antonio Winterstein will never get over the loss of his brother and it's one of the main reasons he's determined to improve mental health care options in the community.

The former North Queensland Cowboys outside back, who was forced into retirement earlier this year due to an ongoing knee injury, has since dedicated himself to raising awareness for the serious issue as one of program deliverers for the NRL's State of Mind initiative.

In early October, former NRL star Preston Campbell accompanied Winterstein on his first trip up to Thursday Island where they educated locals about mental health at the largest rugby league gathering in the Torres Strait - the Zenadth Kes Cup.

Winterstein said the trip was aimed at reducing the stigma around mental well-being and to encourage people to have what can be a hard conversation.

"I lost my brother to suicide in 2015 and it hurts me that it took my brother's loss to wake me up and educate myself about the issue," Winterstein said.

"What stopped me from educating myself prior to this was the stigma that was attached to it and the taboo tag it had on it.

"I was eager to jump on board with the program, as raising awareness for this issue is something I'm very passionate about and wanted to pursue more after football.

"The trip to Thursday Island was all about providing education and raising awareness to tackle the stigma around mental health, while creating a safe space for people to talk about what is such a serious issue in our communities."

Fourteen rugby league clubs participated in the Zenadth Kes Cup, in which Winterstein and Campbell were scheduled to deliver the program to the 200 registered players.

The pair also visited the students at Tagai State College and the kids of Our Lady of the Sacred Heart School to deliver a resilience program.

"I was a great opportunity for us to deliver the program to so many players and school students from the Torres Strait and the message was well received by all," Winterstein said.

"It was also great to see all the communities being brought together by rugby league. I enjoyed watching the rough and tough style of footy that they play up there too.

"As we still have a way to go in addressing this issue, having the conversation and trips such as this give us an opportunity to change things for the future generation, for the boys that are currently involved in the game and for our communities."

The State of Mind initiative kick-started as a pilot program in 2014 with 40 clubs across a number of states.

The support of the Queensland Government has allowed the program to reach 220 grassroots clubs in Queensland since 2016.

Winterstein said when he began playing in the NRL mental health was never discussed, but as a result of the State of Mind program and players speaking out that has changed for the better.

"I started playing in the NRL in 2009 and back then it was never something that was talked about," Winterstein said.

"It's only been the last few years that we've brought it into the game through the State of Mind program and having those high profile players, such as Preston Campbell and Greg Inglis, who have spoken up about it which has shifted the way its viewed and created a snowball effect.

"It's encouraged me to speak up and it's been sort of a healing process for me.

"Preston, in particular, has been a massive inspiration to myself. I was a sponge when we were on the Thursday Island trip - I wanted to soak up as much information as I could off him and I learnt a lot." 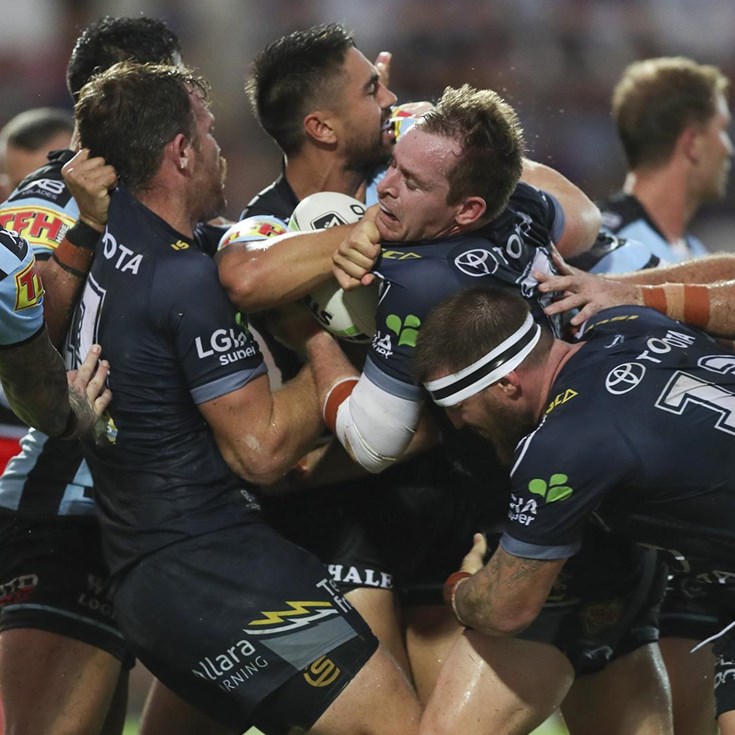