NRL CEO Todd Greenberg and Sharks boss Barry Russell both expressed their confidence in Cronulla's future in the game despite concerns over their financial stability after another dark day for the club.

The NRL's decision to fine the club a further $800,000 has left the Sharks in a further hole with questions asked of their long-term future on Wednesday.

The club remain without a major sponsor for next season and were forced to make at least 10 staff members redundant in November to ease their financial struggles prior to the Shane Flanagan findings.

Cronulla lost marquee player Valentine Holmes over the off season but recruited one of the game's more popular and marketable players in the game in Shaun Johnson.

While the Sharks have declared their intentions to appeal the amount of the fine, Russell conceded the negative storylines around the club had taken their toll.

"I'm sitting here today and I haven't got a jersey sponsor," Russell said.

"We're in the media continually for the wrong reasons. No fine is ideal and yes we have our financial challenges but we are addressing that as a club.

"There have been positive developments that have come to light over the last couple of weeks. The team is working extremely hard to financially and commercially support the club.

"We are working tirelessly at the moment to secure [a major sponsor]."

NRL comes down hard on Flanagan

Greenberg refuted suggestions the Sharks could be relocated and was confident their financial situation would not result in extinction as an end result.

The NRL boss offered praise for Russell, who took over from Lyall Gorman in February, for providing leadership in difficult circumstances this season.

Russell's self-reporting over Cronulla's alleged salary cap breach in 2016 essentially led to the discovery of Flanagan's contact with the club while he was suspended in 2014.

"Barry Russell deserves significant credit for this in a difficult environment," Greenberg said.

"And he's a shining light of an example of what leadership looks like in a club inside the NRL. We would love to see [the Sharks] thriving in the Shire. We want them to be their very best self.

"Nothing would give me more pleasure than having 16 strong, sustainable clubs that are well-led, well-managed, well-governed. That's the goal."

Sharks skipper Paul Gallen has been at the club for 18 years and said the latest setback would have the players determined to perform next season.

"It's the most resilient club in Australian sport," Gallen said.

"We faced going broke half a dozen times, scandals, but we're still here fighting and will continue to be. We're a side teams do not want to play. We've got a superstar in our team in Shaun Johnson and he came to the club because we're a tough club.

"I've seen this before, it's not good, it's a distraction, but times like these you find out a lot about people, who's with you and who's not." 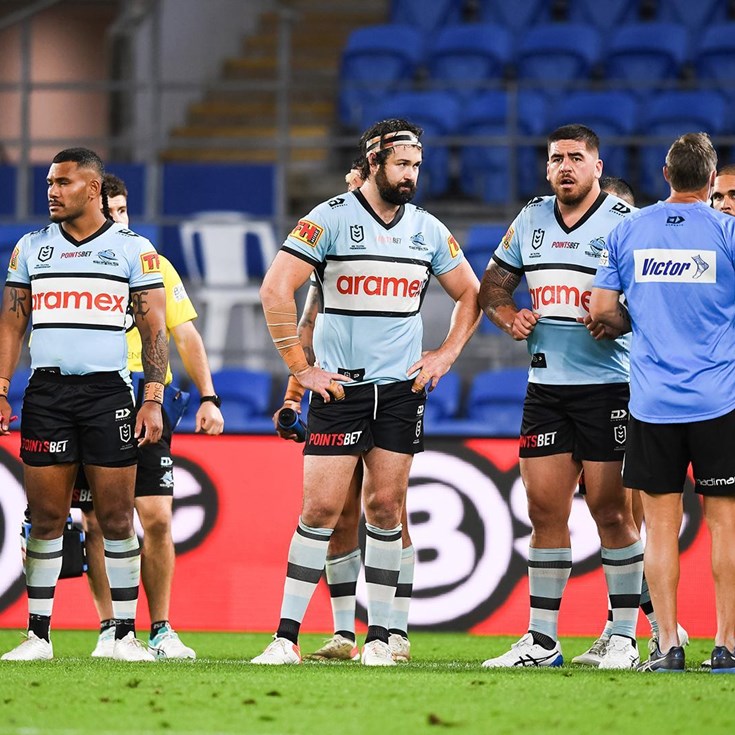