The Brisbane Broncos have added experience and depth to their forward pack by signing 30-year-old forward Shaun Fensom on a one-year deal.

Fensom, who was at the North Queensland Cowboys for the past two seasons, joined the Broncos squad for a field session at the club's Red Hill base on Monday morning.

Fensom has played 139 of his 174 NRL games with the Canberra Raiders in what has been a 10-year first grade career and will give the Broncos options in the back-row and middle forward positions where they have a plethora of players in the early stages of their careers.

With the exits of Korbin Sims, Josh McGuire and the retired Sam Thaiday in the off-season, the Broncos lost more than 600 games of NRL experience.

Fensom is highly valued for his defensive clout and his work rate, two areas the Broncos will feel the void left by Test lock McGuire the most.

Broncos hooker Andrew McCullough said Fensom was a player who arrived with a reputation for being the kind of footballer his teammates wanted alongside them.

"I think it is a good signing. He has been at a couple of clubs and you can see why clubs have wanted him there - he works hard, he competes hard and that is what we need in this team," McCullough said.

"We have got a lot of powerful guys who can do a lot of things but Shaun is one who definitely competes and other guys at previous clubs have loved playing with him.

"He has come here for a particular reason and he is a bit older as well. We have got a lot of younger guys here so it is nice to have that older guy who has played plenty of footy, who has experience and you know they will get the job done when needed

"I am not sure when that will be. We will work that out in eight weeks time but overall you know that Shaun won't let you down." 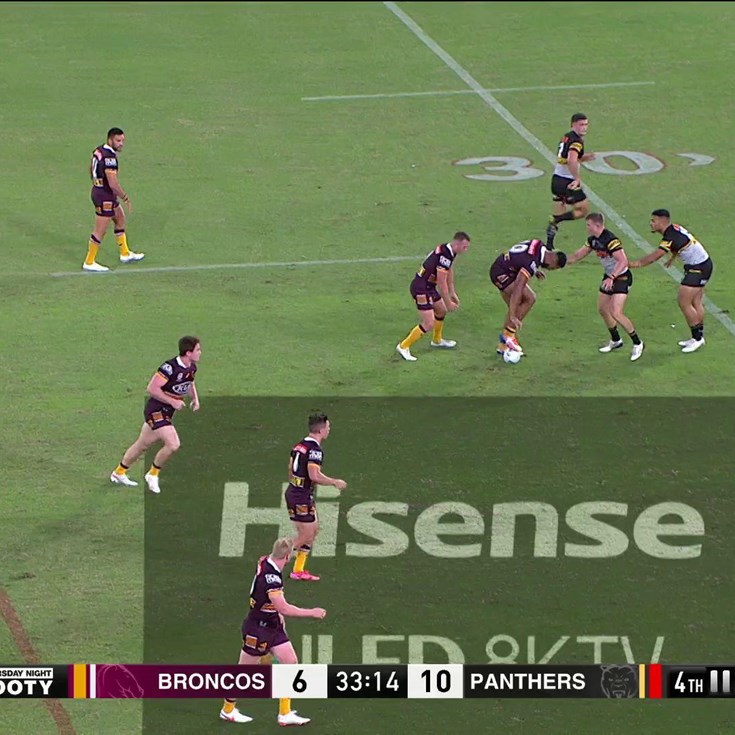