Corey Harawira-Naera left Phil Gould in tears and Ivan Cleary still enquiring about his services, but the former Panther is adamant his shift to Canterbury will be the making of him as a Test-quality second-rower.

The 23-year-old stunned Penrith officials last year when he requested a release from the final season of his contract to join Dean Pay's rebuild at Belmore, the Bulldogs' four-year offer one he simply couldn't refuse.

Gould in turn gave a memorable, emotion-charged farewell to he and Tyrone Peachey at the Panthers' 2018 presentation night, describing the pair's exit as "purely salary cap things".

Harawira-Naera's own sentiments gave him plenty of grief when it came to informing the Penrith GM of his clutch career move, one which in the end meant Cleary missed out on coaching him for the third time.

"That was tough, man I was nervous," Harawira-Naera told NRL.com of his frank conversation with Gould.

"I knew it was going to happen, it doesn't matter what you say to yourself or how you prepare yourself, it's probably not going to go to plan.

"But that talk in general, it was good to have because we were both honest with each other and he knows why I made the move.

"My mum's over here so trying to set her up was a big factor and there's a lot of good players at Penrith and I didn't want to put them in any sort of cap trouble - we have seen it with teams in the past.

"With all the good players they have over there, I did see it as looking after them in a way.

"I didn't want to leave but I didn't want it to be ugly at the same time. I got to leave on my own terms, which was good, and I was lucky enough that Gus blessed that. There was less stress for everyone and it didn't blow up."

Cleary is now back at Penrith. Harawira-Naera had first anticipated playing under him at the Panthers before the coach's axing in October, 2015.

The New Zealand-born edge runner then knocked back an approach by Cleary when he was at Wests Tigers in 2017, but freely concedes the prospect of reuniting down the track still appeals.

"I was a bit gutted actually, he's always someone I wanted to play underneath," Harawira-Naera said.

"He helped us out a lot when I was in [Penrith's] under 20s that year we went pretty well so maybe somewhere in the future I might get a chance to play under him.

"But I can't wait to play against him and Penrith at the same time.

"When I re-signed at Penrith [in 2017] and even this time around he came knocking to see if I was going or staying or whatever, but it's all changed since then. I'm here now."

By season's end Harawira-Naera wants to complement his new club colours with the black and white of New Zealand, viewing this week's start in the Maori side for the Harvey Norman All Stars clash as the perfect launching pad to Test footy.

Harawira-Naera had been in line for a Kiwis debut last October when the national side took on Australia and then toured England, only to be ruled out of Michael Maguire's squad with a groin injury.

Along with nailing down a starting spot in the Canterbury pack and proving wrong the "people who have written us off already", Harawira-Naera has vowed his body won't be holding him back from higher honours in future.

"I was a bit gutted not to be going away on tour last year with the Kiwi boys so I was dirty at that," he said.

"But it was my own fault for not looking after my body. That's something I've got to sort out this year so that if I'm lucky enough to get selected again it actually happens this time.

"It was just wear and tear by the end of the year … but it's just something I want to sort out this year to get more game time and more out of my body." 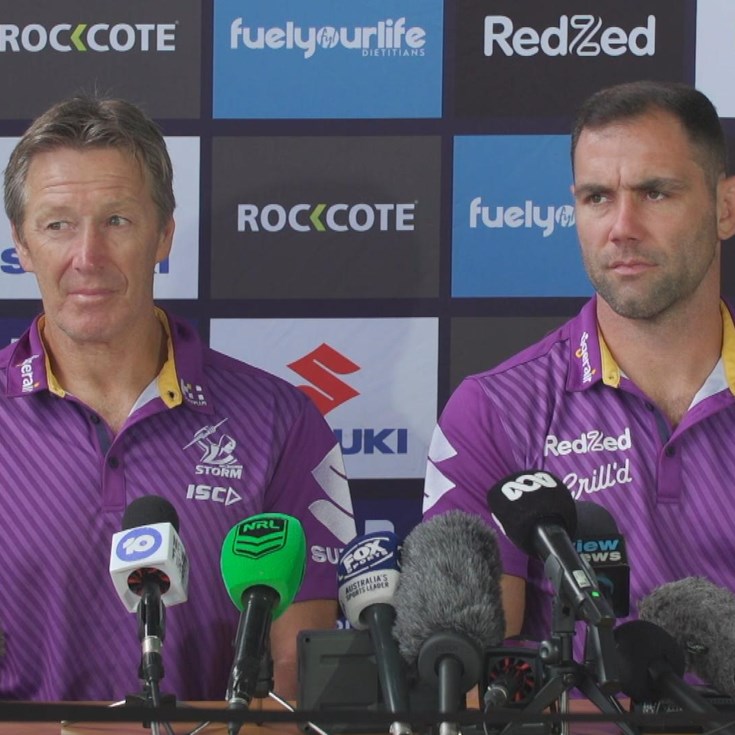 Another chapter ready to be written in grand final history

Smith to make call on future 'sometime after grand final'