Bulldogs captain Josh Jackson says the entire team wants Dean Pay to extend his time at the club because there is so much yet to learn off him.

Pay is only into his second year with Canterbury but is off contract at the end of the 2019 Telstra Premiership season.

Jackson says Pay is easy to get along with and admires his old-fashioned work ethic.

"He's just an honest and genuine bloke basically, that's why everyone loves him," Jackson told NRL.com.

"What you see is what you get and in terms of footy he is very smart and his preparation is fantastic.

"He's a very hard worker – the first person in here each morning and the last to leave at night."

Pay toured with the 1994 Kangaroos tourist and played 12 Origins for NSW. He won a premiership with the Dogs in 1995 and his overall playing record commands respect among the players.

Bulldogs CEO Andrew Hill said recent reports that extension talks had begun between the club and Pay were premature.

Pay's tenure at the club is not under any kind of cloud as a result of the controversial end-of-season Mad Monday incident.

It's understood the club's hierarchy feels he needs a fresh start after a year of roster upheavals in 2018 to fully showcase his coaching abilities.

"Dean and I talk on a daily basis about a whole heap of things," Hill said.

"The reality is we'll continue to talk and at a time it suits the club and Dean, we’ll progress those [contract] talks."

Jackson said Pay had helped behind the scenes enormously to keep the team tight last season.

"He had a tough year last year," Jackson said.

"Hopefully we can start the year well for him, get those few wins, to take the pressure of him.

"Dean is a world class coach. He is very well respected by the players. He has shaped a great rapport with all of us."

Jackson's own contract status means the 28-year-old is not a free agent until two months out from his 30th birthday (the end of 2020).

He knows reaching the 30s is always a precarious moment for a football player, especially a forward, seeking the last one or two contracts of his career.

Jackson has been a constant presence at the Bulldogs – about to enter his eighth NRL season – and it's something he wants to see continue.

From the 2014 grand final team, he and Aiden Tolman are the only survivors. Josh Morris, Josh Reynolds, James Graham, Moses Mbye, Greg Eastwood and David Klemmer have all exited in the past 15 months.

"I'd love to stay here and I'd love to play for as long as I can," Jackson said.

"I don't know what that next contract will look like but I'm feeling pretty good at the moment and hopefully there will be one."

Jackson insisted he hasn't been worn down by the salary cap upheavals and off-field issues.

"Not at all. I love the club. They've given me all the opportunities and everything I have outside of football as well," he said.

"I'd like to repay that for being here as long as I can – I want to be a one-club player." 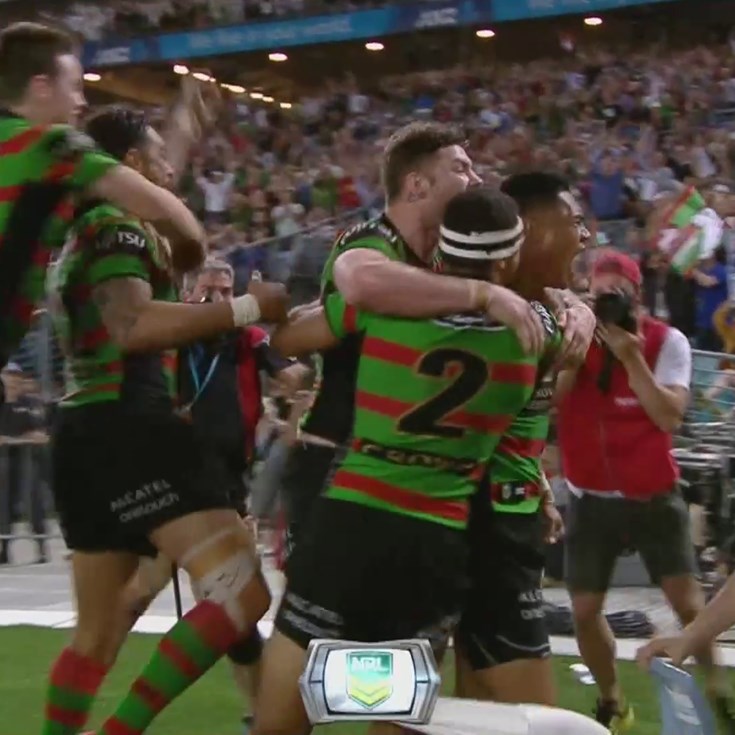 Presented By Weber Store 3 days ago

'I'm not retiring': Tolman will always be a Bulldog but wants new club