Craig Bellamy has nothing to prove as a coach, but if he can keep the Storm among the main contenders this season it will rank among the most impressive feats of his career.

After having to stomach losing Cooper Cronk to the Roosters the previous season, Bellamy has to find a replacement for Billy Slater, which is basically impossible given Slater's standing as the greatest fullback of all time.

Of course, Bellamy still has the G.O.A.T in 35-year-old hooker Cameron Smith, so expect the Storm to play their usual high standard of football with a strong emphasis on defence.

A first-up meeting with the Broncos will provide a good indication of where the Storm are at post-Slater.

Brisbane underwent a well-publicised coaching change in the off-season and the players are said to be loving life under 2018 Dally M Coach of the Year Anthony Seibold.

The former Souths coach knows a win over the Storm in enemy territory would provide a solid springboard for a successful season.

Storm: Jahrome Hughes takes Billy Slater's old No.1 jersey with Scott Drinkwater sidelined through injury, while Kenny Bromwich starts in place of the injured Joe Stimson (back). Thomas Eisenhuth came onto the interchange bench when sides were finalised an hour before kick off and Patrick Kaufusi dropped out. It is seven years since 26-year-old Eisenhuth played his lone NRL game for Penrith. Billy Walters and Marion Seve had been removed from the extended bench 24 hours before kick-off.

Broncos: The Broncos are 1-17 for their season opener with Matt Gillett returning from his neck injury at lock and Jack Bird also back from injury in the centres. Alex Glenn and Jaydn Su'A start in the second row, with David Fifita on the bench alongside rookie Tom Flegler and Tevita Pangai jnr. Patrick Carrigan and Gehamat Shibasaki dropped off the extended bench on Wednesday.

All this talk about Melbourne finally disappearing from the top eight landscape must have Cameron Munster keen to prove people wrong. Munster's battle with Brisbane five-eighth Anthony Milford could prove decisive.

The Storm haven't changed the basic game plan too much over the past 10 years years and if it ain't broke don't fix it. Still, the loss of Slater is significant and there's a lot of responsibility on the young shoulders of Jahrome Hughes.

Brisbane have to match Melbourne in the forwards and experienced back-rowers Matt Gillett and Alex Glenn must provide steady leadership and guidance for the likes of Matt Lodge, Joe Ofahengaue and Tevita Pangai jnr.

After a horrible 2018 in which he appeared in just eight games due to injury, Broncos centre Jack Bird knows he has to have a big year to prove he is still one of the game's elite players. With dynamic Brisbane centre Kotoni Staggs snapping at his heels, Bird is under pressure to perform week in week out.

This is the first year for the Storm without Billy Slater. I'm very interested to see how they line up and what sort of role Cameron Munster plays. Can the Storm play the same style they've played for the last 10 years? As for Brisbane, I loved watching Anthony Seibold's style of football last year at the Rabbitohs. It is an amazing time for him to arrive at Brisbane. Wayne Bennett himself said this was the best group of young players he'd had and now Seibold gets them.
Brisbane by 10

Brodie Croft had to share the halfback role with Ryley Jacks last season as Bellamy tried to settle on Cronk's successor. Croft should have a lock on the No.7 jersey all season after Jacks joined the Gold Coast. Last year Croft played in 12 games, scoring three tries and handing out two try assists.

Veteran fullback Darius Boyd was typically durable last year, appearing in all 24 regular season games and their lone finals match against the Dragons. The 31-year-old scored five tries and served up 10 try assists, making six line breaks and 75 tackle breaks. He made 207 tackles and missed 35. 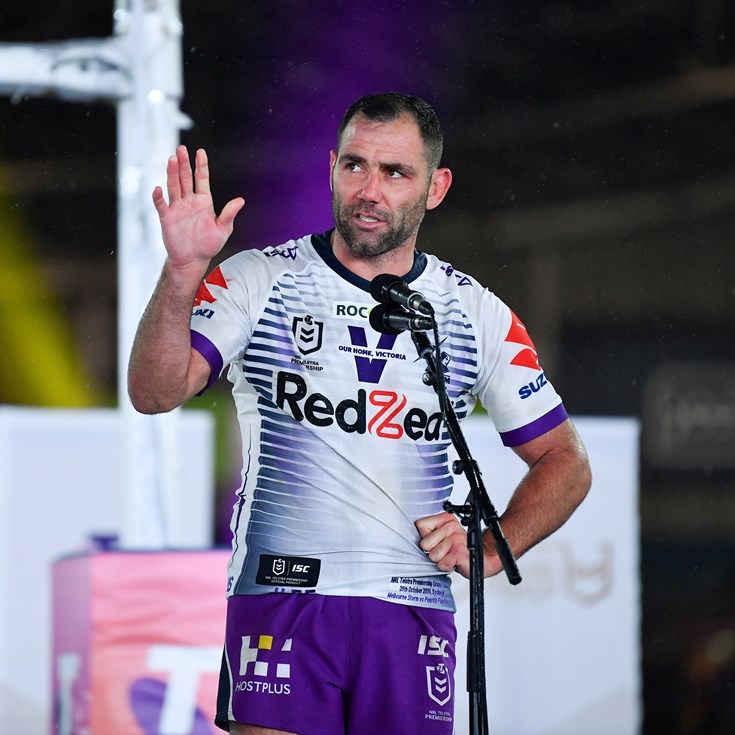