If round one is anything to go by, life without Shaun Johnson is going to be just fine for the New Zealand Warriors, as Blake Green orchestrated a dominant 40-6 victory over the Bulldogs in Auckland.

One day on from the horrific mass shootings in Christchurch which claimed the lives of 49 people, the match at Mount Smart Stadium was always going to be a highly emotional affair, and in front of a 18,795-strong crowd the Warriors were simply brilliant.

With Adam Keighran on debut in the halves, and playing without a key attacking weapon in injured hooker Issac Luke, few could have predicted Stephen Kearney's side would produce such a polished performance to open their NRL Telstra Premiership campaign.

Four first-half tries, three of them set up by Green, laid the platform for the club's biggest ever first-round win.

It was a resounding victory and is sure to settle any lingering nerves after Johnson's shock departure over the off-season.

But to say this was a result built only off scintillating attack would be false, with the Warriors' work off the ball just as impressive for much of the game, holding the Bulldogs out for 54 minutes despite the visitors completing at over 90 per cent through the opening stanza.

After forcing a repeat set with a grubber, Green drove a low aerial kick across field for a charging Ken Maumalo to open the scoring on the next set, and eight minutes later the experienced No.7 delivered a near carbon copy to the other side of the field, where David Fusitu'a rose high to bat the ball down to the waiting Solomone Kata.

Green was on hand to provide the assist for the Warriors' third try as well – this one a pass to Keighran who then weaved his way through some poor Bulldogs defence from 10 metres out, before converting his own effort to stretch the lead to 16-0.

Nathaniel Roache marked first NRL Telstra Premiership appearance since August 2017 with a 25-metre runaway try, benefiting from some clever link play from Kata and Fusitu'a down the right edge, sending the home side into the sheds up 22-0.

The second half was only eight minutes old before reigning Dally M Medal winner Roger Tuivasa-Sheck danced his way through for a converted try.

Canterbury finally found some joy just before the hour mark via off-season recruit Christian Crichton, but Kata's second four-pointer a short time later cancelled out any thought of a comeback for the visitors.

Kiwi international Peta Hiku's try with 10 to go, and Keighran's six successful conversion, made it 40 for the Warriors, capping off a memorable performance in the darkest of weeks for New Zealand.

Kearney: It was an emotional day on many levels 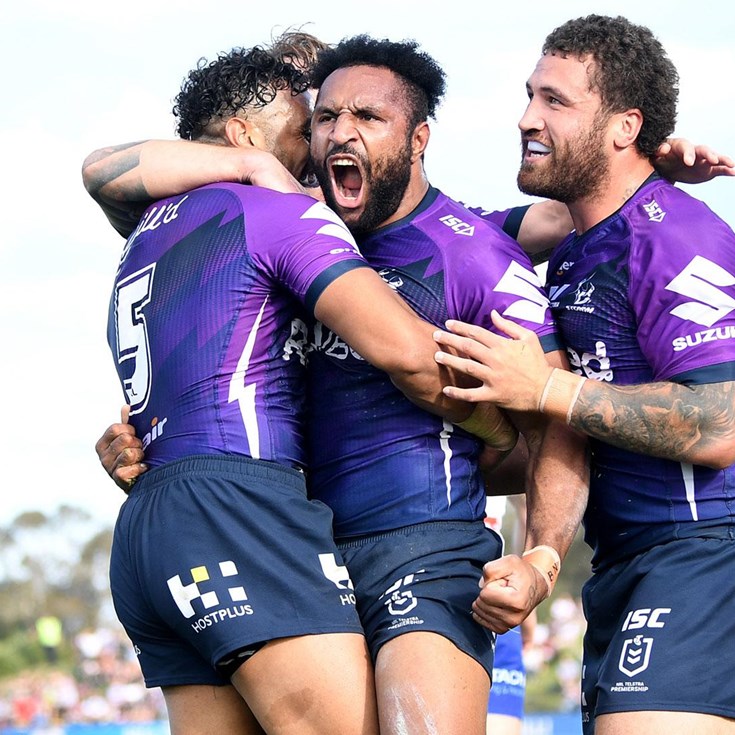 Underdogs fight back but Eels hang on in nail-biter