Luke Keary has taken a swipe at Rabbitohs opposite Cody Walker, declaring his "disrespectful" sledging of Cooper Cronk at the SCG would come back to haunt him.

Tensions simmered throughout South Sydney's 26-16 defeat of the premiers on Friday night and then boiled over late when Walker and Cronk clashed with 10 minutes to go.

Clive Churchill medallist Keary was within earshot of the pair but declined to divulge what Walker said to Cronk under the "everything that happens on the field stays on the field" adage.

The Tricolours five-eighth was clearly unimpressed with Walker, the former Souths teammate who claimed Keary's cardinal and myrtle No.6 jumper when he shifted across Anzac Parade to the Rabbitohs' oldest enemy.

"There was obviously that incident at the end where one bloke wants to carry on and be a bit disrespectful," Keary said before confirming he was talking about Walker.

"But everyone who plays the game knows that's how he plays it. That's fine. If he wants to go around doing that, it should come back to him.

"It is what it is, some people play the game like that".

The war of words between the bantamweights will add extra spice to the foundation clubs' return bout in round 25.

Speaking before Keary addressed the media on Saturday morning, Walker said his spat with Cronk was nothing more than the latest addition to the 111-year Roosters-Rabbitohs rivalry.

NRL.com understands Walker and his South Sydney teammates were miffed by Keary's reaction in the cold light of day given he did not raise any issue after fulltime.

"I think it is just a little bit of a heat of the moment-type thing and it is a great reminder about the rivalry between Souths and the Roosters," Walker said on Friday night.

"But when it is all said and done we shook hands and that’s where it stays.

"Those little battles will still be around when we are playing again later in the season but it is just great come away with two points against such a quality side at such an iconic stadium".

"It was a typical rivalry game," Reynolds said.

"They say they hate us and we hate them. With two passionate teams going head to head something is going to boil over at some stage but at the end of the day no one got hurt and we shake hands and walk off."

Strike Roosters centre Latrell Mitchell also found himself targeted by the Rabbitohs, winding up with a split forehead from a head clash with Dane Gagai in the fiery closing stages.

Mitchell will also cop a whack to his wallet thanks to a $1650 fine for a grade one careless high tackle charge after collecting Sam Burgess illegally.

He will be free to play in next week's clash with Manly.

Midway through the contest Keary had looked in all sorts when he reeled out of a tackle on Burgess, clutching at his forearm in obvious pain.

But the pintsized playmaker finished the match and confirmed on Saturday morning the concern was "just a burner" down his shoulder. 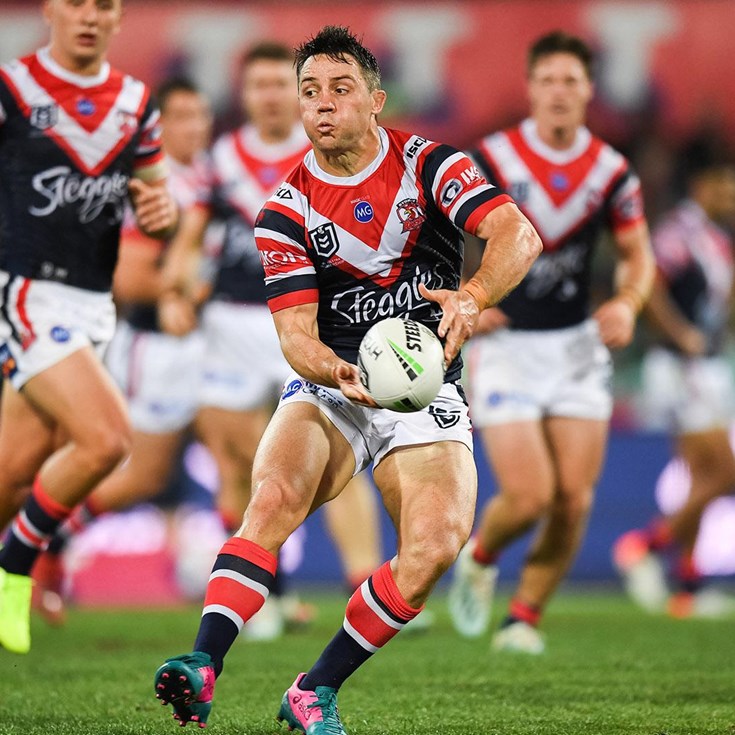 Roosters excited by challenge of shutting down Latrell