Api Koroisau knows his future at the Sea Eagles is secure until the end of 2021 but he's the first to admit it doesn't mean much with a talented young hooker like Manase Fainu breathing down his neck.

Since returning in round one from a broken foot, which ruled him out of the second half of the 2018 season, Koroisau has shared the hooker duties with Trent Hodkinson in round one and Fainu for the past two weeks.

The 26-year-old said having Fainu take the reins in the second half of matches has been vital, as Koroisau continues to regain match fitness after spending six months out of the game.

"Manase (Fainu) is like this super athlete," Koroisau said.

"He's just 20 years old and he's years ahead of where I was at that age. Of course (Fainu is keeping him on his toes), but at the same time we've got to help each other and keep learning from each other.

"To have him in the side and be able to give me a spell and produce what he does on the field is amazing - it's really good to have that partnership with him.

"I'm just happy to be getting some game time and I'm hoping I can get my match fitness back up."

Across their round two and three matches, Faine calculated 111 run metres in his combined 73 minutes, while Koroisau reached 44m in 87 minutes of game time.

In defence however, Koroisau takes the lead with 59 tackles across the two games and 40 for Faine.

Koroisau and Fainu will face up against NSW and Kangaroo hooker Damien Cook on Saturday when Manly come up against the Bunnies, who are second on the ladder after a perfect 3-0 start to the season.

Koroisau said the Sea Eagles will be keeping a close eye on Cook, who has played an integral part in South Sydney's early season success.

"It's always a big challenge. He is a really smart player, strong in defence and incredible in attack," he said.

"It's hard to stop him when he's that quick and beating markers. We're going to have to win some tackles this weekend to slow him down. We'll be watching him very closely."

The Sea Eagles took plenty of confidence out of thumping the Warriors 46-12 in Christchurch last Saturday but Koroisau said it would mean even more if they could get one up on the Rabbitohs in front of a home crowd at Lottoland.

"They're at the top of the table - their discipline has been really good. We're going to have to be at our best if we want to beat these guys.

"If we can do well against them it will do even more for our confidence." 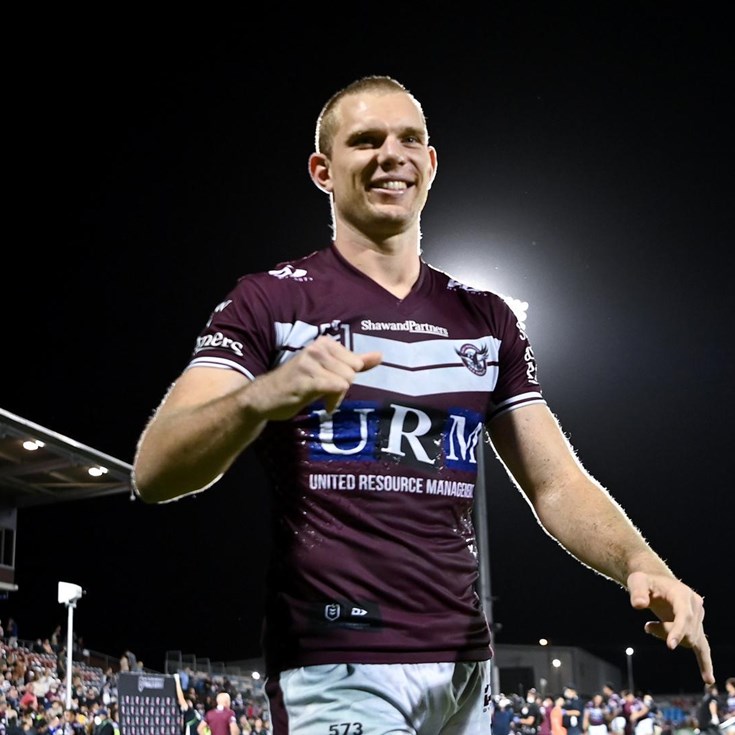