Wests Tigers back-rower Ryan Matterson is willing to donate his brain to concussion research and personally sought out Isaah Yeo to offer support after the Penrith captain's recent spate of head knocks.

Matterson himself returned to the field from a HIA early in last Friday's loss to the Panthers, having been housebound for eight weeks last year due to ongoing concussion symptoms.

But having endured dizzy spells, light and noise sensitivity and sleeping 15-16 hours a day for the best part of two months, Matterson wants to remove the stigma of concussion among NRL players and help research on the vexing issue any way he can.

Including following the lead of former Roosters teammate Eloni Vunakece and some 50-odd other athletes that have pledged their brains to the Australian Sports Brain Bank since its inception last year.

"I'd definitely look at it, it is something I'd be keen on," Matterson told NRL.com.

"When I pass I'm not going to need it to be honest. And if it's going to help anyone in the future and further research around concussion, then I'm all for that."

In the meantime Matterson wants to open up the discussion on head knocks in rugby league, knowing how daunting his own experience was.

The 'badge of honour' mentality of playing through concussion from yesteryear continues to be broken down, while the NRL has stepped up its handling of the issue once more in 2019, the referees bunker also monitoring head knocks from Redfern in case they are missed by officials on the ground.

But the spectre of contracts and careers being impacted can still loom large over current players, with Matterson wondering exactly that while sidelined last year.

"With the symptoms that come with it, you feel like you're the only one because no one understands what you're going through," Matterson said.

"It can go undetected the ongoing symptoms, and it's up to the individual to speak his mind.

"A lot of people feel like they have to downplay it because they don't know how to explain it so I found Isaah Yeo after the game.

"I just said to him 'I saw you had a couple of head knocks, how have you been, how are you going with it? If you want to chat I'm here'.

"Because he has had a few knocks and they have been recurring, but touch wood they haven't been severe.

"I told him that I did play them down in the past, but if he needed someone to talk to, I'm here because I know what it's like and it can be a dark road."

Matterson counts similar support from Luke Keary, who himself was housebound with a broken jaw concussion issues early last year, for helping him get back on the paddock.

The silver lining to the two-month saga is a better awareness of his own mental health and wellbeing, with analysis using the mobile app Headspace now part of Matterson's weekly ritual.

"I'm trying to look at well-being, psychology and counselling courses on the side," he said.

"With what I experienced, it's a daunting issue … I've found that if I'm worried stress can actually play a very big factor in creating more symptoms, and in general make life difficult.

"When you start worrying that's when your body starts recognising things and it plays on your mind. Your mind can trick you into thinking there's more symptoms than you do have.

"I'm definitely more aware now, trying to keep track of what has me feeling a certain way, what's causing stress and that, and I find it's helping me in general." 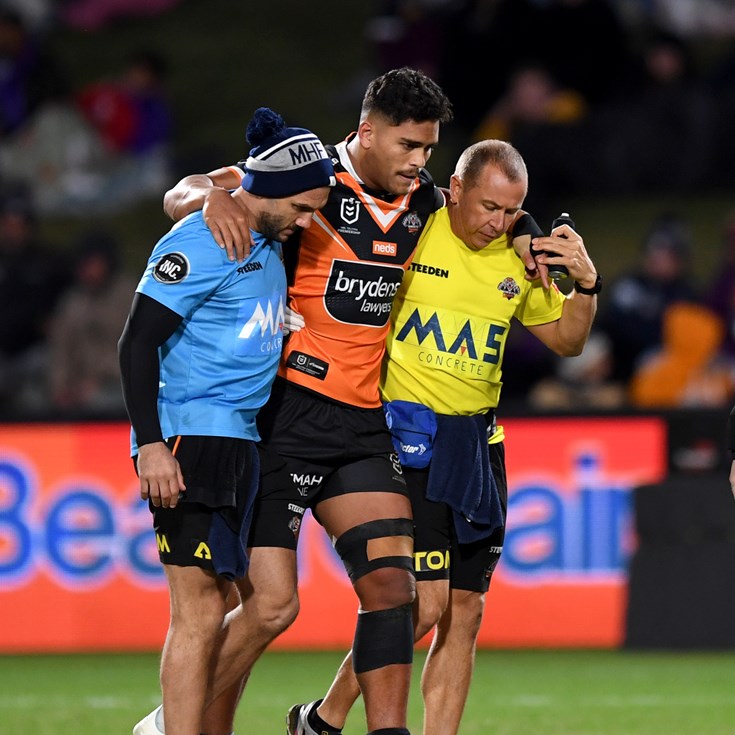