Former Warriors playmaker Mason Lino has another chance to become Newcastle’s first-choice five-eighth after being retained for their game against Manly at McDonald Jones Stadium on Saturday.

As the Knights try to snap a three-game losing streak, coach Nathan Brown kept Kalyn Ponga at fullback and named Lino in the halves alongside captain Mitchell Pearce.

Brown said Lino made a solid Knights debut in their 13-12 extra-time loss at home to the Dragons last Sunday and wants to give him and Pearce some time together, having pushed the “Ponga at pivot” experiment to the back-burner.

An understudy to Shaun Johnson at the Warriors, the 25-year-old Samoan international was hampered by a knee injury suffered in a lower-grade trial at Maitland last month but did enough to convince Brown to keep him ahead of utilities Connor Watson and Kurt Mann.

Mann was included on the bench and Watson, who has missed the past two losses to the Dragons and Raiders because of a knee injury, was named as one of four extra reserves. Watson must complete training on Wednesday to be any chance of forcing his way into the 17 to face Manly.

Lino said he wants to get more involved in attack to assist Pearce and Ponga in running the team.

“I came in a bit underdone. With my knee, I’ve never had that sort of injury before, so it was a first for me and my lungs were blowing, but I’m happy I got through.

“I probably could have taken a bit more pressure off ‘Ju’ (Pearce) there but it’s something we need to work on. It’s a new combination and something that I’m really excited about getting better at.

“Ju doesn’t mind me over-calling him. He likes the way I play and he sees the same sort of situations that I see, and he wants me to take it on. Ju’s really supportive of that and I’ve just got to step up and take control when I can and when I need to.”

“I’m not a big fan of changing halves, and he’s certainly got the skill set to help the team improve, there’s no doubt about that,” Brown said.

Watson played the first two games at fullback but conceded that position to house-mate Ponga after suffering knee ligament damage in their 16-14 loss to Penrith on March 23.

“I’ll just put the rent up,” Watson laughed while talking to the media on Tuesday.

“You can’t do too much. I got injured and they made the change. Kalyn’s going to be good everywhere he plays, and he’s pretty comfortable playing fullback, so for me it’s just trying to stay fit and get back out there and play a bit of footy.

“It’s been pretty frustrating, and it takes a bit of a toll mentally, just trying to stay ready, especially when you keep getting all these niggling injuries. The biggest challenge for me is not being too worried about playing in a spot, but just getting out there and playing footy.”

After starting the first two games at fullback, Watson said he would be disappointed about having to work his way back from the bench “but I haven’t been able to do much about that”.

“You can’t really demand too much when you haven’t played much footy so I’ll just see where I fit and take it as it goes,” he said.

James Gavet was named to start at prop after missing the loss to the Dragons because of a sternum injury, pushing Mitch Barnett back to the bench alongside Mann, Aidan Guerra and Daniel Saifiti. 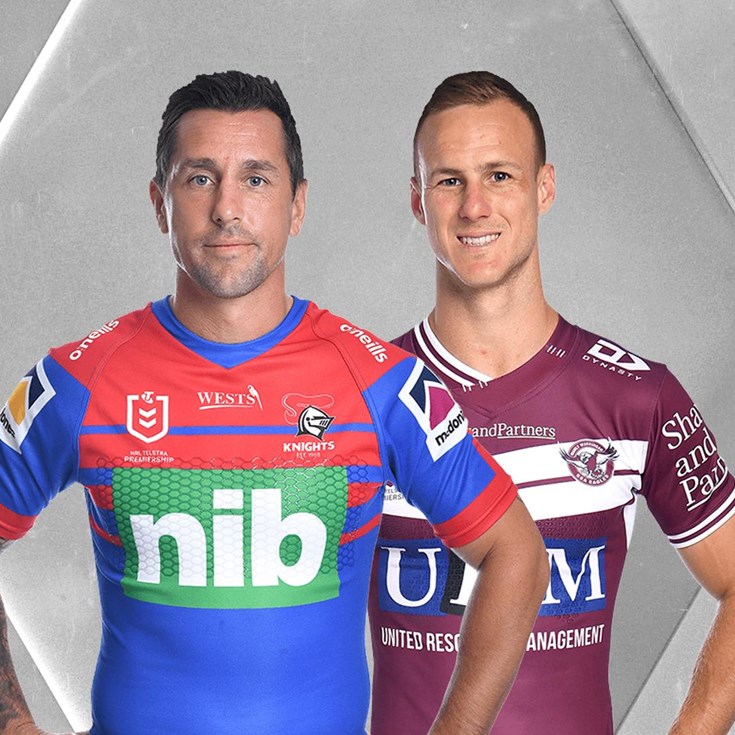