Paul McGregor has the best winning record of any NRL coach yet to win a premiership and he hopes to achieve that goal within the next three seasons after finalising a contract extension that should ensure he becomes St George Illawarra’s longest serving mentor.

The Dragons board recognised the continued improvement of the team and the development of representative stars under McGregor’s guidance by extending his tenure until the end of 2021.

Negotiations with the coach had begun before the season kicked off, as reported by NRL.com in February.

In the four full seasons McGregor has had charge of St George Illawarra since taking over from Steve Price in May, 2014, the Dragons have made the finals twice and been on top of the Telstra Premiership ladder for long periods in 2015, 2017 and 2018.

McGregor’s record during that period comprises 50 wins from 99 matches - a strike rate of 50.5 per cent.

All five are premiership-winning coaches, but Bennett’s last success was with St George Illawarra in 2010, while Hasler’s most recent grand final triumph was with Manly in 2011. Both are in new jobs this season after being sacked by their previous clubs.

Some Dragons fans have been critical of McGregor but the level of support for him usually coincides with which part of the club logo they identify with – the top, which carries the St George name, or the bottom, where Illawarra is printed.

I have got quality staff and quality people as players, and that doesn’t take a day to do - it takes years.

Having captained St George Illawarra for the first three seasons of the joint venture (1999-2001), McGregor is passionate about the club and he has now spent more of his life playing or working for the Dragons than the eight years he played for the Steelers.

“I’ve always had a strong passion and I always will for the club that I played for and the club I coach,” McGregor told reporters ahead of Saturday night’s match against Hasler’s Sea Eagles at WIN Stadium.

“It has got a strong history and a lot of people in the past have done so much to get the club to where it is today so I just want to continue the tradition of working hard to make sure I leave the club in a better position than I found it.”

After inheriting a roster that was light on for forwards and lacking in quality halves, McGregor has had to reshape his squad and the Dragons now boast ones of the best packs in the NRL.

Under McGregor’s coaching, Tyson Frizell, Paul Vaughan, Tariq Sims and Jack de Belin have developed into Origin or Test forwards, while halfback Ben Hunt and hooker Cameron McInnes are playing better than at their previous clubs.

McGregor has also had to make some hard decisions around retention and it could be argued that the likes of Trent Merrin, Brett Morris, Russell Packer and Mitch Rein all played their best football at the Dragons.

“We have improved in the last three years from 11th to ninth to seventh, the stability around our junior development and our pathways is strong and our cap is in really good shape going forward,” he said.

“I have got quality staff and quality people as players, and that doesn’t take a day to do - it takes years. Every club, unless you are a club who has had success recently, it takes time to build and when you do have success, as you have seen at the Cowboys at the moment, it can be taken away pretty quickly.”

The Dragons are continuing to develop local talent, with Matt Dufty, Blake Lawrie and Zac Lomax establishing themselves in the top 17 this season and Illawarra just one win away from a place in the SG Ball grand final.

Importantly, the players enjoy being coached by McGregor and have adopted the team-first values he has instilled.

Many have asked when McGregor was going to be re-signed, and his re-appointment should help the club to retain the likes of Frizell, de Belin, Lawrie and Lomax, who are off contract this year or in 2020.

“If you look at those four values that takes time as well so we are fortunate to have a stable environment around the workplace.

“I think along the way the board and the CEO have seen how hard we work behind the scenes to not just worry about the W and L [columns], but what is happening beneath that.” 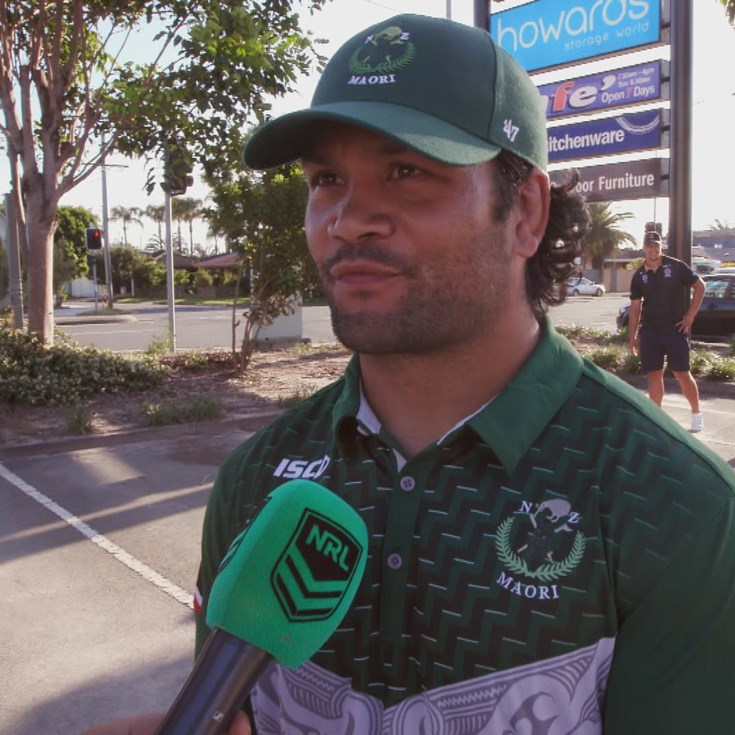