Whether the Titans win or lose on Friday night isn't the problem; it's the fact not enough people care either way that should have players and club officials most concerned.

Every club in the Telstra Premiership wants to be loved and have the various merchandise and membership revenue streams associated with that but you are doing something right if there is a healthy dose of hatred among the constituents of the 15 other NRL fan bases.

Brisbane coach Anthony Seibold is experiencing more pressure than the lungs of a rookie free diver just eight weeks into the gig because for all of their big crowds and large membership there are plenty who hate the Broncos.

A trophy cabinet with six premierships tends to do that to people.

Despite two grand finals in the space of four years, Cowboys coach Paul Green is suddenly under the pump as the rugby league world ponders why the giants of North Queensland have suddenly fallen asleep.

Everyone who lives outside of Dee Why and Collaroy hates Manly because... well, because they're Manly, and that seems to be working a treat for Des and his patchwork quilt of a football team.

Like Brisbane and most recently Melbourne and the Roosters, eight grand final appearances since 1987 is all the fuel haters need for anti-Sea Eagles sentiment to run rife.

Whipping boys for so long, it became apparent many people hated Souths when they won the 2014 premiership.

Ridiculed, yes, but hated? Apparently so.

Respect – however begrudgingly it may be given – is often the underlier of the teams we despise.

Success breeds its own level of contempt because it makes the team that we support suddenly feel inferior but at least they elicit an emotional response.

The same can't be said of the Titans.

Gold Coast residents bask in the sun of the eastern stand dressed in the colours of the visiting team and more often than not head home to Burleigh, Miami or Palmy happy their local side has lost.

The Titans do have a small band of extremely devoted fans but unlike the Burrow, the Kennel or the Bronx Nation, people don't hate those in the Legion, they feel sorry for them.

Hatred in sport is a sign of respect and this Gold Coast team is yet to earn it.

Senior players know a loss this week could be all but fatal to their finals hopes but after last week's capitulation to the Wests Tigers most people expect them to play the Cowboys into some form rather than bounce back.

At least when they had Greg Bird there was a lightning rod for opposition fans to focus on but until Keegan Hipgrave can string three games together there's no one player considered worthy of booing.

Say what you want about the after-effects of the Jarryd Hayne circus but for the 12 months he spent at the club, the Titans mattered.

State Of Origin: Rivalry Without Rival

They mattered to members, supporters, Gold Coasters and opposition fans. What they did on and off the field mattered to media outlets up and down the eastern seaboard in anticipation of the 'Hayne Plane' taking flight.

The Titans kick off Magic Round next Thursday but if you went purely off the promotion of Brisbane's festival of rugby league you'd be forgiven for thinking they'd been given the weekend off.

People rarely talk about the Titans because in their eyes they simply don't matter.

"I'd liked to be talked about for the right reasons,” says coach Garth Brennan.

“We've got to be performing on the field to be talked about in those veins.”

And Brennan's right. The Titans will only earn respect by winning games and it has to start on Friday night.

It won't be easy – no game in the NRL ever is – but however they go about it the Titans have to return from Townsville with two competition points. 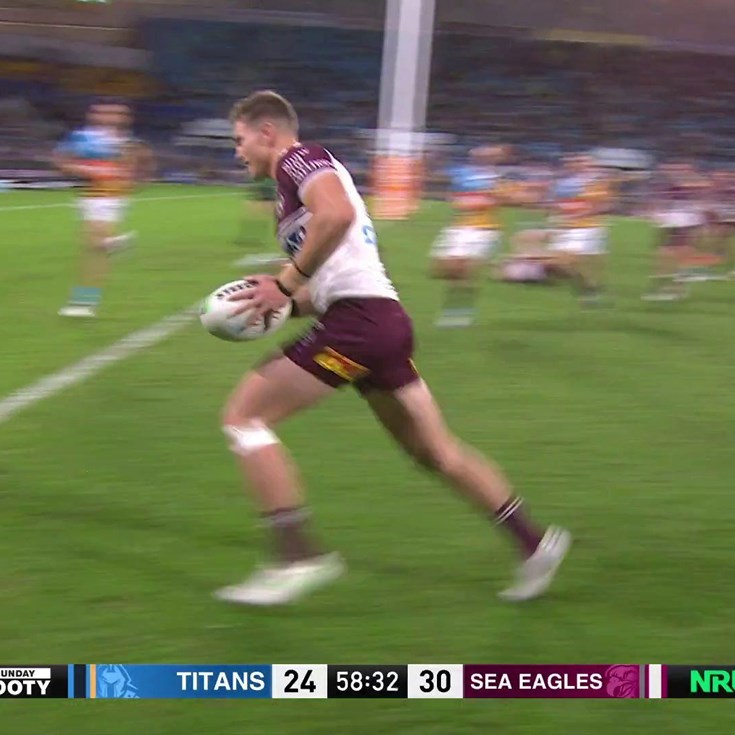 Turbo rifles a pass out to Garrick for his second

DCE with strength and skill to get Saab a double

Foran and Turbo conjure a try for Garrick

All over when Saab gets into space