The return of superstar Jason Taumalolo has inspired the North Queensland Cowboys to a hard-fought 28-14 win over the Titans at 1300Smiles Stadium.

Taumalolo was at his barnstorming best, running for more than 200 metres and leaving three Titans defenders in his wake to score in the 22nd minute, while hooker Jake Granville returned to some of his best form.

It was Granville who opened the scoring in the 10th minute after a mistake by Titans youngster AJ Brimson, who was forced to shift to fullback after Michael Gordon left the field for an HIA in just the third minute.

Granville's speed out of dummy half handed him his first try of the year and gave the Cowboys the ideal start.

The Titans looked to have hit back in the 13th minute but Ash Taylor was ruled to have knocked the ball on into Granville before falling over the line.

It took the Titans only three more minutes to open their account after a mistake by Jordan Kahu opened the door for Tyrone Peachey and Tyrone Roberts to send Brimson over in the corner.

Taumalolo then reminded everyone of his class when he stormed across in 22nd minute and the Cowboys had a 12-4 lead.

Three minutes later the Titans looked to have narrowed the gap through a long-range try to Peachey but winger Phil Sami was ruled to have interfered with Granville as he was trying to chase down Peachey.

Two penalty goals to Kahu stretched it to 16-4 and Paul Green's men looked well on course for their third win of the season.

The Titans were quick to hit back in the 46th minute when Kevin Proctor crossed and they scored again 13 minutes later through Anthony Don as the Cowboys paid the price for a string of errors.

With the game in the balance the Cowboys produced a superb try down the left side when John Asiata grubbered for winger Ben Hampton to regather and then send the ball back inside for Asiata to score.

The clever kick was yet another example of the playmaking skills of Asiata, who shifted into five-eighth when Jake Clifford was left out.

The Cowboys iced the game in the dying minutes when Justin O’Neill broke the line on halfway and sprinted clear to post his fifth try in five games this season.

The win was soured by a calf injury to Maroons Origin hopeful Josh McGuire, who left the field after 29 minutes.

The Titans, meanwhile, had Gordon leave the field early and fail to return while Sami and five-eighth Tyrone Roberts were also forced off with injury in the second half. 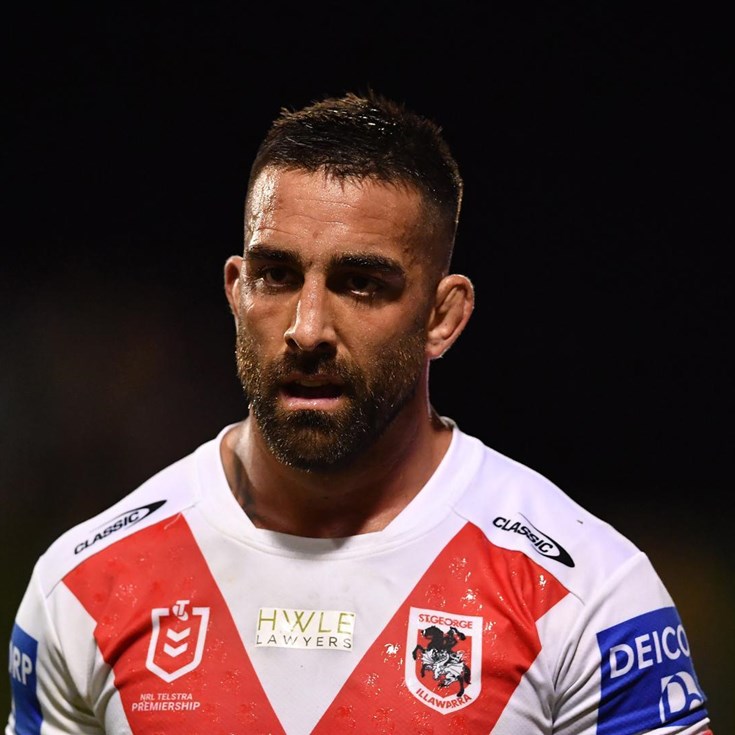