Manly have overcome another night of adversity to notch up their fifth win of the season with a hard-fought 18-10 victory over Canterbury at Lottoland on Saturday night.

In a week where the spotlight was on Manly coach Des Hasler fronting up against his former club, the Bulldogs had no answers late as a depleted Sea Eagles outfit dug deep to grind out a win in front of a vocal 10,148 crowd.

The victory was even more rewarding for Hasler given he was already missing Daly Cherry-Evans, Tom Trbojevic and Jorge Taufua, and then had Lachlan Croker (hamstring) and Addin Fonua-Blake (knee) suffer injuries during the match.

Canterbury welcomed back Dylan Napa but the visitors' last-tackle options hurt them the most, while their overall discipline let them down throughout the contest.

The Bulldogs' final play – where Lachlan Lewis failed with a short dropout to concede a penalty and put the game out of reach – summed up their evening.

Garrick dives over on the right

Fill-in Sea Eagles halfback Kane Elgey showed early that life without Cherry-Evans might not be too bad with the former Titans playmaker sending Reuben Garrick over for a double in near identical fashion with two looping passes for a 12-0 lead.

Manly fought back and continued to surge despite a potential try of the year to Lachlan Croker being denied, followed by a Brendan Elliot four-pointer called back for an obstruction.

The home side stretched their lead to eight before halftime with a penalty goal from in front to complete a dominant opening half.

Canterbury were gifted territory immediately after the break with Elliot losing the ball from the kick-off, but some lacklustre kick options let the Bulldogs down.

With Croker off the field, Api Koroisau shifted to five-eighth for the Sea Eagles and worked well in tandem with Elgey to keep Manly's nose in front.

Canterbury back-rower Corey Harawira-Naera was denied a four-pointer in the 52nd minute after failing to ground the ball in another chance let slip.

A 40-20 from Jack Cogger again put the Bulldogs in position to strike and they made light work of the Sea Eagles' left edge to send Smith over for a double to close the gap to 14-10 with 20 minutes to play.

The Bulldogs were left to rue their lack of discipline as they slumped to 2-6 on the season ahead of a Magic Round clash with Newcastle.

Smith flies above the pack 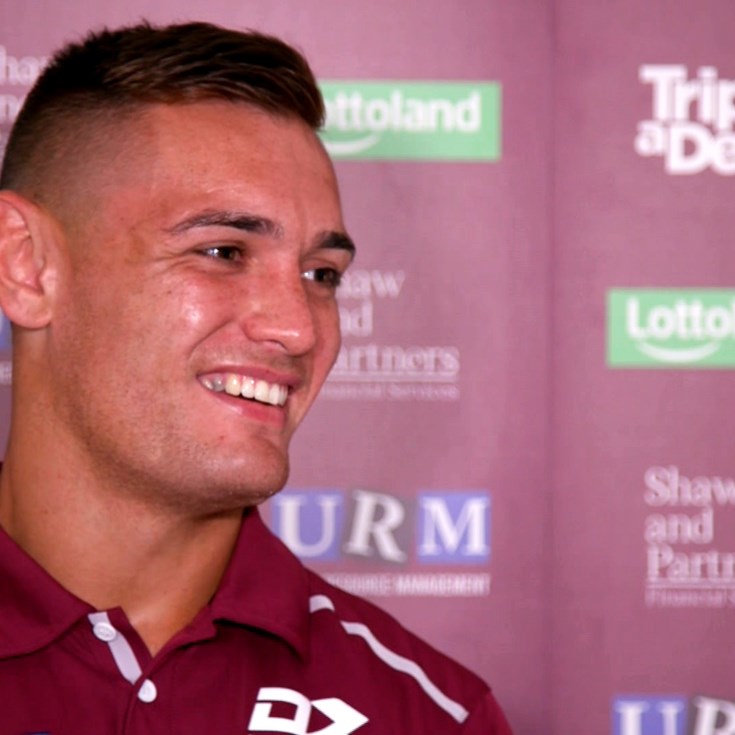 Levi believes Hasler will take him to another level